Germany's conservative CDU/CSU parties have agreed on a guideline to limit migration to the country. While some call the move unconstitutional, experts say the proposal appears to be legal, though ethically questionable. 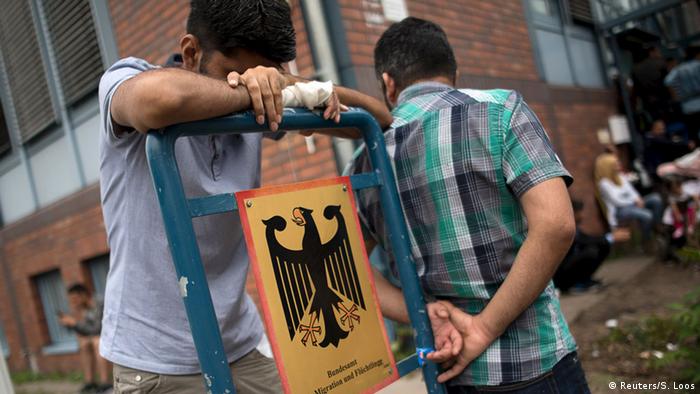 Chancellor Angela Merkel, who heads the Christian Democratic Union (CDU), and Christian Social Union (CSU) leader Horst Seehofer presented a policy suggestion on Monday roughly two years in the making. The parties finally reached an agreement on how to deal with refugees wanting to enter Germany.

The move comes as the two conservative parties aim present a united front ahead of exploratory coalition talks with their potential government partners, the Greens and the liberal Free Democrats (FDP).

The Christian Democrats and the CSU, the CDU's Bavarian sister party, want to introduce a guideline that limits the number of people taken in for humanitarian reasons to 200,000 per year. This figure includes asylum applicants, refugees as defined by the Geneva Convention and people who attempt to come to Germany through family reunification applications, Seehofer said. The limit does not apply to highly skilled workers.

Both parties were careful not to directly mention a "migration cap," a term that has been at the center of heated discussions in Germany for years. The CSU had originally threatened it would not be part of a government without it, while the Greens categorically reject the idea.

Despite its crafters avoiding rigid terminology, the proposal would still set a maximum number of migrants permitted into the country. The regulation does allow more refugees to come to Germany beyond the stated limit, but only if others leave: If 1,000 migrants whose asylum applications were rejected left the country in a given year, 201,000 migrants total would be allowed in, for example.

But even with this qualification, legal experts have pointed out several laws that such a limit would be in conflict with. 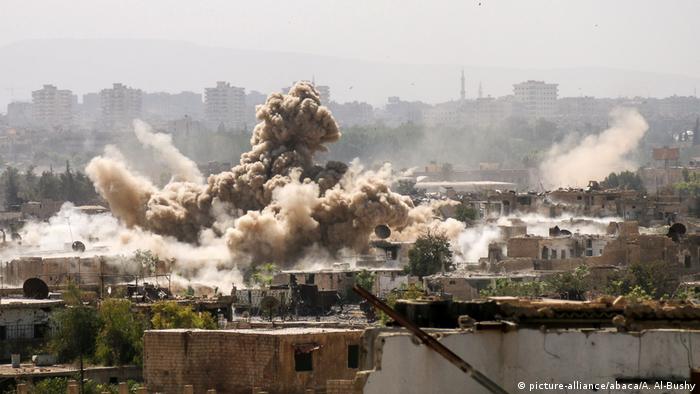 EU law says that people must not be sent back into a warzone like Syria, where their lives would be at risk

EU law: No one in need of protection must be turned away

"We have common EU asylum policies and regulations that predetermine how people who come asking for protection as refugees must be treated," Thomas Giegerich, professor for European, international and public law at the University of Saarland, told DW.

"EU law does not include a migration cap for people in need of protection," he said. "If someone comes from a country in the throes of civil war and it's clear that they cannot go back there, they have the right to be protected and must not be turned away."

This, Giegerich emphasizes, is not only true for those people who are personally persecuted and qualify for asylum. It also applies to refugees fleeing violence in their home countries who would be granted subsidiary protection. And all asylum applicants – even if it turns out they do not qualify – have the right to have their individual case examined thoroughly according to the German constitution, or Basic Law.

Thus turning someone away at the border and sending them back to a war-torn country where their life would be in danger, just because a quota has been reached, would appear to violate EU law. But the agreement the CDU/CSU presented on Monday is worded in a way that shows both parties want to prevent a situation where Germany would have shut the door on desperate migrants.

It states that they want to "achieve" a limit of 200,000 migrants, but that if an unforeseen situation occurred, the number could be adjusted upward or downward.

To get to a point where the number of refugees and asylum applicants does not exceed 200,000, the conservatives introduced a list of measures including fighting the causes of flight, protecting the EU's external borders and adding more nations to the "safe country of origin" list for quicker asylum application rejections.

"These measures are supposed to make sure that people who'd have a right to protection don't even make it to our border," Giegerich said. "Legally, that's most likely a sound way to go, but it makes for ethically questionable politics." 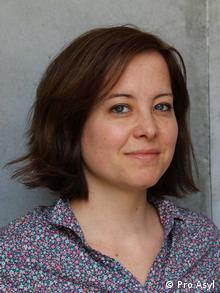 Pelzer says a cap on migration is unconstitutional

"An individual's human rights cannot be infringed by a quota," Marei Pelzer, legal policy advisor at refugee activist organization Pro Asyl, told DW. "This might work differently for workers' migration laws, where the state can control the numbers according to the demand in certain fields. But it's not an option when it comes to protecting human rights."

Pelzer believes that, should the conservatives' guidelines actually be put into motion by Germany's next government, the country would face significant legal action. If refugees were to be denied, they could, according to Pelzer, refer to the fundamental right to asylum in the German constitution and to several laws on the European level - like the European Convention on Human Rights.

But before it ever gets this far, the CDU/CSU would have to be successful in convincing their potential coalition partners that a migration limit is a good idea. Right now, that does not seem likely.

Chancellor Angela Merkel's CDU and Bavarian sister party CSU have discussed a plan for coalition talks with the FDP and the Greens. A CSU proposal to allow only 200,000 immigrants per year has been one issue of debate. (08.10.2017)