A top German court has ruled that Syrian refugees are only entitled to subsidiary protection, rather than full asylum in keeping with immigration authority regulations. Others have successfully appealed before. 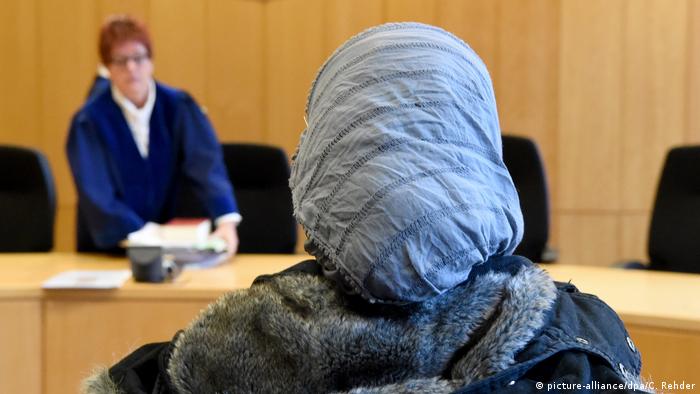 Refugees from the Syrian conflict may not be entitled to automatic protection in Germany anymore, after a higher court in the northern city of Schleswig ruled that they could not be automatically defined as refugees under the United Nations convention.

Instead, the judge said Syrians who come to Germany should only be offered "subsidiary protection" - a designation under European law that means they are only entitled to stay in Germany one year, rather than three, and are not allowed to bring their families with them.

The key question was whether the refugees face political persecution. "There are no indications that the Syrian state puts everyone under general suspicion of belonging to the opposition," judge Uta Strzyz told the court on Wednesday.

The issue has dogged Germany's legal system for several months. In fall 2015, Syrians received full refugee status as defined by the 1951 UN Refugee Convention, but the Federal Office for Migration and Refugees (BAMF) changed its policy in March 2016, allowing them only subsidiary protection. 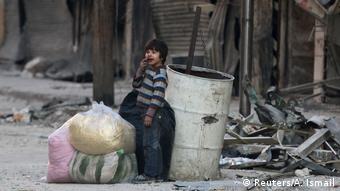 Merely fleeing Syria does not mean one faces persecution there, the court said

Thousands of refugees have appealed against this decision because subsidiary protection offers significant legal disadvantages in Germany. Most importantly, it means parents cannot bring their children or any other close relative out of Syria for at least two years.

On top of that, full refugees get three years' residence status in Germany, whereas subsidiary protection offers only one (though, given the situation in Syria, that is likely to be extended). Meanwhile, full refugees are entitled to permanent residency after three years, while those under subsidiary protection have to wait five years and then have to prove they can speak German and have enough income to stay.

The German DPA news agency reported that there are some 32,000 such court cases currently working their way through the German judicial system, and that three quarters of the 3,490 rulings made so far have come down on the refugee's side. This makes Wednesday's ruling all the more significant.

The basic question that a court must answer in such cases is not so much why the refugee fled (though that is relevant too), but what would happen to them if they returned to Syria - would they face imprisonment, death or torture at the hands of Bashar al-Assad's government?

"Wouldn't they all fall under the gaze of the Assad regime and the police and the secret services as suspicious returnees from abroad who have to be locked up?" said Bernd Mesovic, deputy director of the refugee organization Pro Asyl. "Many courts answered that question by saying that the Assad regime followed a pattern of persecution, was completely willful, and returnees must fear prison. The Schleswig court said the opposite."

Merely fleeing Syria does not mean one faces persecution there, the court said

Since it is difficult for German courts to guess what orders are being issued in the police headquarters in Damascus, they rely on other sources to make a judgment.

The Schleswig court used written statements by the German Foreign Ministry and the German Orient Foundation, but other courts have referred to other sources, notably the UNHCR, which wrote in November 2015 that "most Syrians seeking international protection are likely to fulfill the requirements of the refugee definition … of the 1951 Convention". Other authorities have come to similar conclusions, including Amnesty International, the US State Department, and the Immigration and Refugee Board of Canada.

"In my opinion, you have to draw conclusions from the general behavior of the Assad regime," said Mesovic. "And there you have to say there has been a constant pattern since 2011. The regime has declared an enemy of practically anyone that doesn't toe its line, and has pursued them unscrupulously."

As Jentsch pointed out, Germany has set the bar fairly high for gaining status as a full refugee. "The BAMF is already denying refugee status to Christians from Syria, who we know were already facing persecution before the war," she told DW. "It is also refusing Kurds, who are being pursued both by 'Islamic State' and by the Syrian army."

That means that many seek recourse to the courts, and lawyers like Jentsch, to prove their refugee status under the UN definition. And in most cases they are successful, not least, as Jentsch says, because the reason given by the Schleswig court (the potential for persecution on return) is the "weakest" of all arguments - usually proof that one is say, a Christian or a Kurd, is enough.