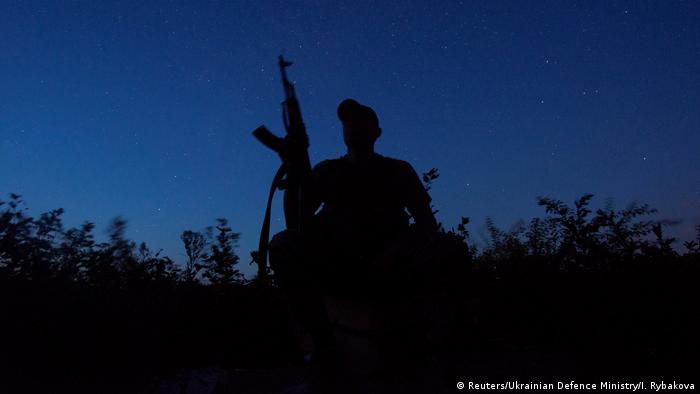 The Ukrainian military on Monday accused pro-Moscow rebels of violating a fragile cease-fire in eastern Ukraine just moments after it began.

The charge was swiftly denied by the rebels.

Under the new cease-fire, which was agreed to last week and came into force at midnight, the use of all weapons is prohibited.

The commander of Ukraine's joint forces, Volodymyr Kravchenko, told journalists that despite shelling with small arms and machine guns from the separatists, "our units continue to keep silent."

He said the shooting had taken place near the towns of Uzhvika and Novomikhailovka, south of the rebel stronghold Donetsk, during the morning.

Representatives of the rebels in Donetsk rejected the claim, describing it as "yet another act of information provocation by the Ukrainian side, aimed at destabilizing the situation."

They added they were "strictly following the commitments" under the cease-fire.

Last week's cease-fire agreement — the latest in two dozen failed attempts to end fighting in the eastern Ukraine — was hailed by European leaders as an important step towards peace in the region.

More than 13,000 people have died since the conflict broke out there in 2014 following Moscow's annexation of Crimea.

Four-way talks between France, Germany, Russia and Ukraine have sought to properly implement a peace deal agreed in Minsk in 2015. The accord, which has since stalled, called for the withdrawal of heavy weapons, the restoration of Kyiv's control over its borders, and wider autonomy and local elections for the separatist regions.

US President Donald Trump told his Ukrainian counterpart Volodymyr Zelenskiy in a controversial phone call that Germany does "almost nothing for Ukraine." Is there any truth to his claim?