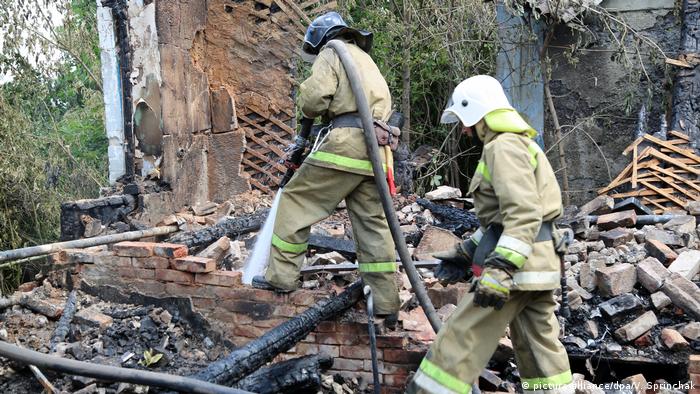 The Ukrainian government and pro-Russian separatists have reached an agreement for a full ceasefire in eastern Ukraine, the president's office confirmed Wednesday.

A "complete and all-encompassing ceasefire" will be implemented in the region starting from Monday, the presidential office in Kyiv announced.

Representatives of pro-Russian separatists had earlier announced the deal, the latest in some two dozen failed attempts at a complete ceasefire in Ukraine's east.

Major combat came to an end after a 2015 ceasefire, but periodic clashes continue to kill Ukrainian soldiers, separatists, and civilians.

"The breakthrough ... is the result of the effective work of the Ukrainian delegation with the support of our international partners in Berlin and Paris," the office of President Volodymyr Zelenskiy said in a statement.

The separatist groups said that in addition to the ceasefire, the parties had agreed to ban the use of drones and positioning heavy weapons in built-up areas, measures intended to protect civilians living along the 450-kilometer-long (280-mile-long) front. Return fire is only permissible with the highest level of command, the groups said.

Kyiv did not confirm the additional agreements.