A ceasefire backed by Putin and Zelenskiy has gone into effect in Ukraine. The reconciliation attempt marks the latest in a series of failed peace efforts between government forces and the pro-Russian rebels. 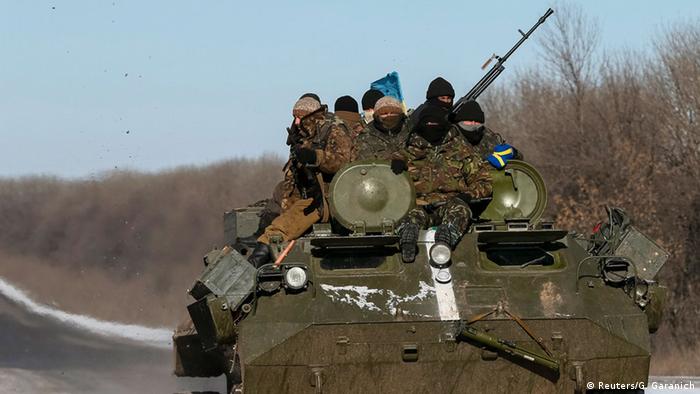 The latest cease-fire between the Ukrainian government and rebel forces in eastern Ukraine went into effect at midnight, local time.

On Sunday, Ukraine's military said their troops "have begun preparations" for the cease-fire in the war-torn region while rebel officials said they have instructed their forces and issued a decree banning weapon use.

Russian President Vladimir Putin and Ukraine's Volodymyr Zelenskiy discussed the conflict in eastern Ukraine and both expressed support for a cease-fire, their offices said.

"The leaders agreed on the need for an urgent implementation of extra measures to support the cease-fire regime in Donbass," Zelenskiy's office announced, referring to eastern Ukraine.

Zelensky also called for stronger efforts to secure the release of Ukrainian citizens in the Donbass, Crimea and Russia, according to the Ukrainian statement.

Putin expressed concerns over a recent bill in the Ukrainian parliament paving the way for regional elections in 20220, saying it runs "counter to the Minsk agreements" and puts "settlement prospects in jeopardy," the Kremlin said.

On Wednesday, the Ukrainian government and pro-Russian separatists reached an agreement for a "complete and all-encompassing cease-fire" – the latest in some two dozen failed attempts at a complete cease-fire in Ukraine's troubled east.

The cease-fire agreement was lauded by European Union officials.

"The breakthrough ... is the result of the effective work of the Ukrainian delegation with the support of our international partners in Berlin and Paris," the office of President Volodymyr Zelenskiy said in a statement earlier this week.

If upheld, the cease-fire would "pave the way for implementing other clauses" of the Minsk peace deal, Zelenskiy's office said.

Brokered in 2015 by Merkel and then French President Francois Hollande, the Minsk agreements aimed to resolve conflict in the east following Russia's  2014 annexation of Crimea.

Major combat came to an end after a 2015 cease-fire, but periodic clashes continue to kill Ukrainian soldiers, separatists, and civilians.

The Minsk deal has helped reduce hostilities in the region but both Ukrainian and rebel forces have continued to exchange artillery salvos and gunfire.

Zelenskiy had partly won the 2018 election on promises to end the conflict. He pushed for amending the timeline laid out in the agreement so that Ukraine gains control of its border first before local elections are held, but the Russian government insists the accord should be implemented without any revisions.

Meanwhile, Pope Frances announced during his traditional Sunday blessing in St Peter's Square that he was praying for the new cease-fire to finally hold and pave the way for a "much needed and long-awaited" reconciliation.

The hostage-taker was taken into custody by police and the bus passengers were freed unharmed. The standoff forced Ukraine's president to briefly plug a 15-year-old film.