Turks react to ′bitter′ words between Ankara and Berlin | Europe | News and current affairs from around the continent | DW | 03.03.2017

Turks reflect on the heightened tensions between Berlin and Ankara following the cancellation of AKP rallies in Germany and the arrest of Die Welt journalist Yucel. Diego Cupolo reports from Ankara. 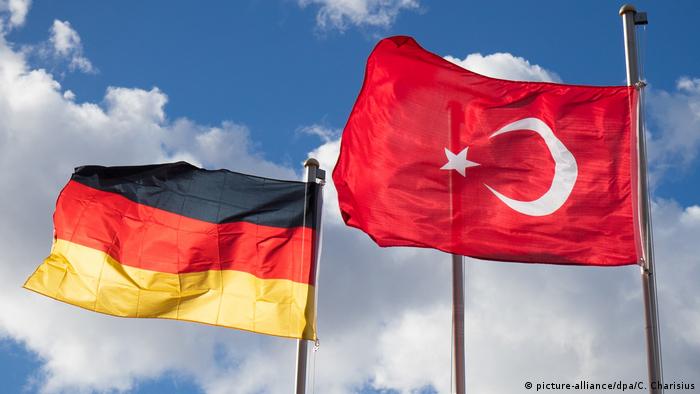 Opinion: Turkey-Germany quarrel out in the open

Tensions between Germany and Turkey have escalated. Chancellor Merkel needs to speak out strongly against a possible public appearance in Germany by President Erdogan, writes Jens Thurau. (03.03.2017)

Ankara has condemned Germany and threatened retaliation in a row between the two countries. Turkey's foreign minister said Germany applies double standards to his country and wants to thwart a constitutional referendum. (03.03.2017)

Reporter Deniz Yucel has been placed in jail pending his trial on terrorism related charges. Scores of opposition journalists have been arrested amidst a crackdown on dissent by the government of President Erdogan. (28.02.2017)

Ankara has criticized a German court decision to prohibit the broadcast of Turkish President Erdogan's speech at a Cologne rally. Around 20,000 members of the Turkish community gathered to protest the failed coup. (31.07.2016)

Frechen has become the third German town in two days to cancel a rally by a Turkish government minister. The move threatens to worsen a dispute between Ankara and Berlin over the arrest of journalist Deniz Yucel. (03.03.2017)

"It's quite ironic to see that the people responsible for suppressing freedom of speech in Turkey are now complaining about the same treatment abroad," said Fatma Kara*, a cafe owner in Ankara's Tunali district, a popular nightlife area in Turkey's capital city.

On Friday evening, Kara sat over several tulip glasses of tea and reflected on her country's increasingly strained relations with Germany. The long-time allies seem to have reached a low point in their relations after this week's arrest of Die Welt journalist Deniz Yucel by Turkish authorities, and the subsequent cancellation of political rallies in Germany that were to be led by ministers of Turkey's ruling Justice and Development Party (AKP).

Since Monday's imprisonment of Yucel, a German-Turkish citizen, three AKP rallies have been cancelled in German cities, where visiting officials hoped to garner the support of German-Turks for an April referendum that would expand the executive powers of President Recep Tayyip Erdogan.

The cancellations drew criticism from Turkish Foreign Minister Mevlut Cavusoglu, who said Germany needs to "learn how to behave," but for Kara the gesturing is a continuation of the hostile stance the AKP has taken towards international governments in recent years.

"Mostly, AKP politicians have made a policy of having a common enemy, labeling all foreigners as threats, and using this strategy to gain votes, saying the world is bigger than five countries," Kara said, repeating a common phrase used in Turkey to highlight the fact many global decisions are imposed by the United States, the United Kingdom, Russia, Germany, and France.

"In the past, Turkish politicians were more obedient and listened to European advisers," but this changed after EU accession talks stalled in the early 2010s, Kara told DW.

"Germany just did us a favor"

An estimated 3 million people of Turkish descent live in Germany, 1.5 million of whom are active voters. In recent elections, about 60 percent of German-Turks voted for the AKP. This support is due to Erdogan's rising stance as the leader of the Muslim world, according to Nihat Alcan, Head of AKP's Youth Branch in Igdir, Turkey.

Alcan said German-Turk AKP voters take pride in supporting Erdogan because of his anti-colonialist approach to foreign powers, which have long directed developments in Turkey, a sovereign nation fully capable of making its own decisions.

"To be honest, Germany just did us a favor," Alcan told DW. "We were expecting low participation in the referendum [in Turkey and abroad], but the treatment of our officials will trigger people into voting and this will tilt the vote towards 'Yes.'" 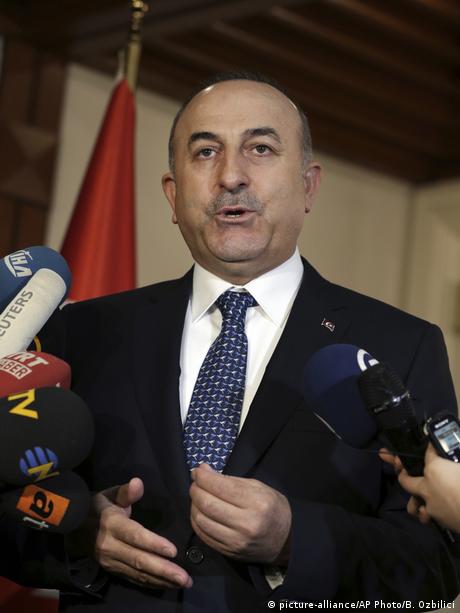 The banning of foreign political rallies in Germany has been rare in the past, with the most recent case taking place last year when a video address by Erdogan was cancelled in Cologne. AKP supporters have since accused German authorities of bias, as the pro-Kurdish groups have been allowed to continue political activities without interference in Germany.

Still, this week's cancellation of the AKP's referendum rallies were "justified and a positive development," according to Ezgi Guyildar, a Die Linke executive board member of Turkish descent and parliamentary candidate in Essen.

Guyildar said recent revelations that imams with the Turkish-Islamic Union for Religious Affairs (DITIB), were found to be spying on political opponents in Germany are proof that the AKP is pusuing its goals for "political hegemony" beyond Turkish borders and needs to be stopped.

Citing the crackdown on opposition media and political parties since the failed coup attempt in Turkey, Guyildar said AKP officials will only use German political rallies to further Erdogan's political dominance, much of which he has cemented through controversial state of emergency decree laws.

"When the AKP campaigns in Germany, they tell their followers 'don't be exploited, don't assimilate to Western culture, don't be a gavur [a term for 'infidel' in Turkish]," Guyildar said.

"The AKP spreads a kind of propaganda that is preventing religious Turks from improving themselves," she added, saying the lure of such rhetoric is appealing to German-Turks embittered by Germany's restrictive integration policies for Turkish nationals who originally emigrated as labor workers many decades ago. 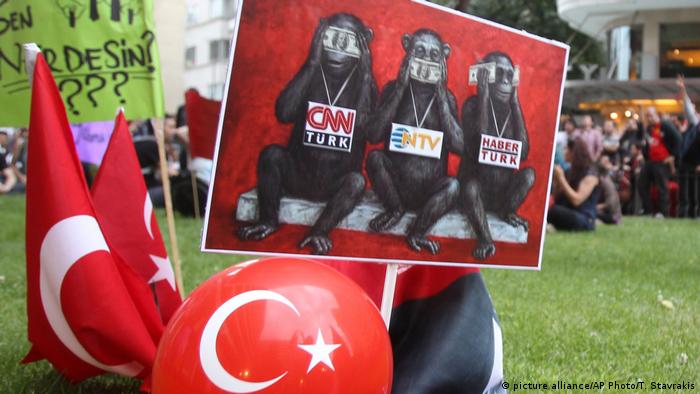 A picture symbolizing Turkey's restrictions on freedom of expression.

The repercussions are already being felt. Ali Atalan, an HDP member of parliament in Mardin, Turkey, and former Die Linke MP, said three German citizens of Yazidi descent were denied entry to Turkey today when they landed at Istanbul's Ataturk International Airport.

In Yazidi tradition, followers of the faith escort deceased family members to be buried in their homeland. In this case, a family of five Yazidis, only two of whom had German-Turkish dual citizenship, were returning a deceased relative to Mardin for burial. The three non-Turkish citizens were promptly turned away and barred from attending the funeral, Atalan said.

"Is this democracy?" Atalan asked. "This is a direct response to developments in Germany."

Regardless, Atalan, who did attend the funeral, said he believes AKP officials should have the right to freedom of speech in Germany and condemned the move to cancel the rallies.

Back in her cafe in Tunali, Kara agreed.

"The banning of these events shows democracy is needed for everyone, everywhere," Kara said. "Both sides have made bad decisions in this situation … this is dirty politics."

*Fatma Kara was given an alias to protect her security.