Reporter Deniz Yucel has been placed in jail pending his trial on terrorism related charges. Scores of opposition journalists have been arrested amidst a crackdown on dissent by the government of President Erdogan. 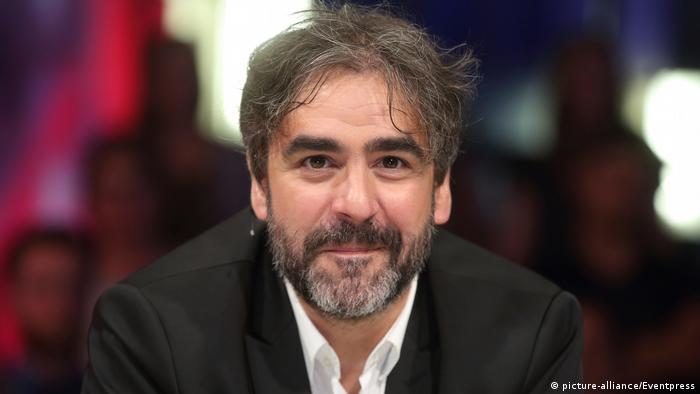 The outrage over the imprisonment of Turkish-German journalist Deniz Yucel prompted Chancellor Angela Merkel herself to condemn the move in clear terms on Monday. Yücel, a reporter for Germany's "Die Welt" newspaper, has been ordered to remain in custody pending his trial on terrorism charges.

Merkel characterized the decision to keep Yucel in investigative custody "bitter and disappointing."

"This measure is disproportionately harsh, especially given that Deniz Yucel presented himself to the Turkish justice system voluntarily and for the purpose of the investigation," she said, adding that "the German government expects that the Turkish justice system keeps in mind the great importance that press freedom has in any democratic society in its treatment of the Yücel case."

The 43-year-old journalist was arrested on February 14, the latest in a slew of opposition voices to find themselves before a judge as President Recep Tayyip Erdogan cracks down on dissent.

Earlier, Merkel's spokesman had called on Erdogan to respect the rule of law and treat Yücel with respect - comments that were characterized as far too mild by many critics.

Although a formal indictment is still pending, Yucel's case surrounds the alleged email hacking of Berat Albayrak, Turkey's energy minister and Erdogan's son-in-law. Yücel has also reportedly been questioned about an interview he had

with Cemil Bayik, a commander of the Kurdistan Workers' Party (PKK), which is outlawed in Turkey as a terrorist group. In addition, the reporter has penned several articles that are critical of the Turkish government's treatment of ethnic Kurds.

"The case of Deniz Yucel casts a harsh light on the different way in which our two countries appear to apply the principles of rule of law and the way we assess press freedom and freedom of speech," Gabriel said.

Justice Minister Heiko Maas joined the chorus of government ire by taking Ankara to task for its obstruction of democracy: "Critical reporting is a fundamental component of democratic decision-making."

Maas further accused the Turkish government of "locking away journalists you don't like" and warned that any talks about further integration into the European Union would be nearly impossible under the circumstances.

On Tuesday, a series of demonstrations organized under the #FreeDeniz slogan are set to take place across Germany to call for the reporter's release.