In an interview with DW, Sevim Dagdelen said Turkish President Recep Tayyip Erdogan was deliberately creating tension ahead of the vote in June. The snap elections are being held during an extended state of emergency. 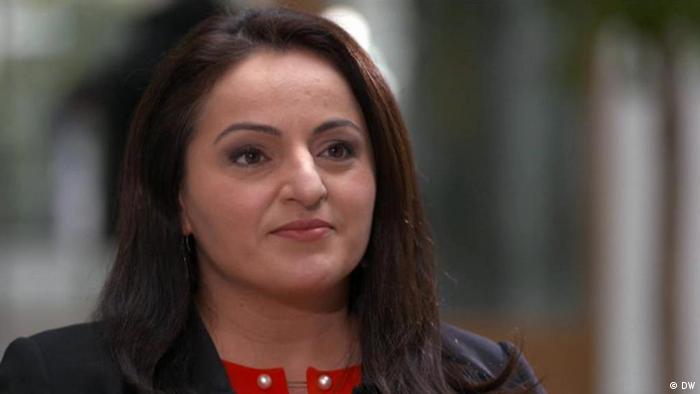 President Erdogan's announcement on Wednesday that Turkey would have snap presidential and parliamentarian elections on June 24 came the same day that the parliament voted to extend the state of emergency for a further three months.

The announcements caused Sevim Dagdelen, a Bundestag representative for the Left Party, to look at what is in store in the coming weeks. She shared her thoughts with Deutsche Welle.

DW: What are Erdogan's aims in calling early elections?

Sevim Dagdelen: It's a combination of outward aggression, such as the military action in Afrin [in northwest Syria] that contravened international law, and inward repression, the state of emergency remains in force in Turkey.

Erdogan fears, after such a close result in the constitutional referendum in April, 2017 [which concentrated his political power], that [winning] might not be so easy. And right now, the mood is good for him. 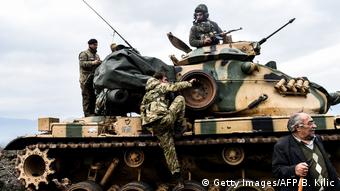 There is currently a very nationalist, chauvinist and Islamist front gathering steam in Turkey because of the war in Syria and Turkey's intervention. Given this starting point, there's a good chance he can win the presidency in the first round of the vote.

Can you have a fair election during this state of emergency, considering the restrictions on things like freedom of assembly?

There's just as little a chance of this being a democratic, fair and free vote as was the case, for instance, in the constitutional referendum of 2017 — which also took place during the state of emergency.

Read more: Turkey getting a last shot at democracy

That's because the opposition — the "no" camp — was completely disrupted when organizing its campaign. And one part of the opposition, the real opposition if you wish, the pro-Kurdish HDP [Peoples' Democratic Party] is now in large part in jail; for example, the chair and the former chair of the party, as well as some of its MPs. Meanwhile, dozens of other pro-Kurdish MPs have had their mandates revoked, as is the case for some social democratic MPs. Given that, we can't even begin to talk about a democratic election taking place under such conditions.

Am I right to say that eligible Turkish voters in Germany will be able to participate in this vote too?

There must be a decision from the German government to permit this. … Chancellor Merkel has to provide this permission for any vote abroad.

I presume that Turkey will seek this permission this time. That's because, at least in past votes, there was always majority support for Erdogan's Justice and Development Party (AKP) abroad — in Germany and several other European countries. So diaspora votes are very relevant for the AKP.

Would you deny the diaspora vote, if it was in your power?

It was Chancellor Merkel herself who first made this possible in 2012. Before that, there were no Turkish voting stations in Germany. I do not think it was particularly clever to bring this battle to German soil. 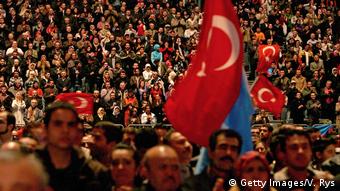 Erdogan and the AKP have strong support among Germany's Turkish community

We saw this, for instance, with these vile Nazi comparisons from the Turkish government during the constitutional referendum campaign. And I also don't think it's right that people can vote in favor of introducing the death penalty from German soil (Editor's note: Erodgan has advocated the penalty's reintroduction).

To that extent, I consider it highly irresponsible of the [German] government to permit this. But I expect that Merkel will allow it, firstly because she opened herself up to blackmail with the refugee deal with Erdogan [agreed between the EU and Turkey and aimed at stemming migrant flows into Europe].

We were promised a new direction in German-Turkish politics last summer, and it was nothing but hot air: The military, secret service and policing cooperation continues to work, arms exports are still being approved and indeed exported to Turkey, and now the new minister for the economy has recently stated that he wants to extend economic ties with Turkey.

That means we're even helping the Turkish president to survive this vote, because economically, his back is against the wall at the moment. Turkey's lira currency is at a historic low; yes, there's statistical economic growth, but the figures are dubious and unemployment is rising. And so Erdogan needs financial assistance from Germany and the EU, and evidently there's a willingness to provide this support.

You advocate much more restricted Western ties with Turkey…

I consider continuing to work with a dictatorial regime "a la Erdogan" towards EU accession to be incompatible with the European ideal. It's actually perverse to continue the accession negotiations with Turkey. It should be stopped, and along with it the multi-million annual financial assistance programs that have to be provided for as long as the Turkish accession process continues.

Sevim Dagdelen is a German MP in the Bundestag with left-wing opposition party The Left (Die Linke). She authored a 2016 book whose title roughly translates as "The Erdogan case: How Merkel is selling us out to an autocrat."