The vote was not due until November next year but President Erdogan has called snap presidential and parliamentary elections. They have been slated for June 24. 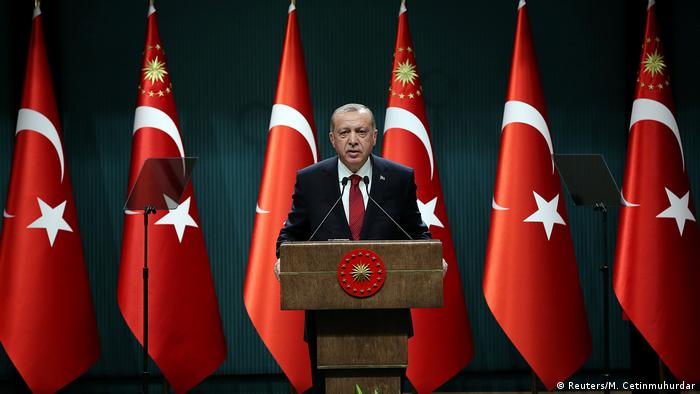 A government spokesman made the announcement on Wednesday and the vote will be the first after last year's referendum approved a change to the constitution and creation of an executive presidency. The extended powers for the president were not due to take effect until after presidential polls which were previously due to take place before November 2019.

In a speech broadcast live on television, Erdogan said: "Even though the president and government are working in unison, the diseases of the old system confront us at every step we take."

Both presidential and parliamentary elections are to be held on the same day in June this year.

The small Nationalist Movement Party (MHP) nationalist party headed by Devlet Bahceli is believed to have supported the call for the early vote. It had argued that it would be difficult for Turkey to "endure current circumstances" for another 18 months. The MHP cited economic risks and possible increases in migration into Turkey.

"As result of consultations with Mr. Bahceli, we decided to hold elections on June 24, 2018, a Sunday," said Erdogan, standing in front of Turkish flags at the presidential palace. "Developments in Syria and elsewhere have made it urgent to switch to the new executive system in order to take steps for our country’s future in a stronger way," he said.

"Be it the cross-border operations in Syria, or incidents of historic importance centered in Syria and Iraq, they have made it imperative for Turkey to overcome uncertainties quickly," the president added.

Turkey's parliament voted on Wednesday to prolong the state of emergency for the seventh time since the failed coup of July 2016. It will continue for a further three months and be in force for the elections.

The elections are the first to be called early in Turkey since 2002. Erdogan will need a 51 percent majority for re-election to the presidency in the first round.

Kemal Kilicdaroglu, CHP leader said "We will send them (the AKP) out." The CHP also called for the state of emergency to be lifted immediately, saying elections could not be held with such restrictions and controls in place.

The state of emergency

The state of emergency was imposed on July 20, 2016 following the failed coup attempt on July 15 blamed by the government on supporters of US-based Turkish cleric Fethullah Gulen. Here are some of the powers for the president under the emergency decrees: