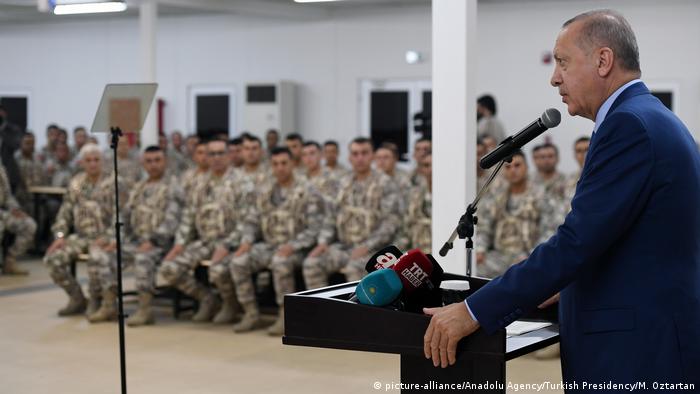 NATO requires formal approval from all of its 29 member states to deploy its military plan to defend Estonia, Latvia, Lithuania, and Poland in the event of a Russian attack. Not having Ankara's approval could delay the defense process.

After being questioned on the matter, NATO’s spokeswoman Oana Lungescu said: "NATO has plans for defending all allies. NATO’s commitment to the safety and security of all allies is unwavering."

However, an unnamed source told Reuters, "They (the Turks) are taking eastern Europeans hostage, blocking approval of this military planning until they get concessions." A second source called Ankara's behavior “disruptive” to NATO unity and progress.

NATO's Turkish envoy was reportedly told not to sign off on the plan and is internally pressuring NATO to recognize the Kurdish militia group known as the YPG — the People's Protection Units — as a terrorist organization, the source said.

Ankara and the Turkish NATO delegation were not immediately available for comment.

Turkey regards the YPG as terrorists with ties to Kurdish militants on Turkish territory.

Tensions between Washington and Ankara increased following Turkey's military offensive in northern Syria against the YPG, immediately after 1,000 US troops exited the region last month. Member states worry the incursion will weaken their battle against Islamic State militants.

Human Rights Watch (HRW) on Wednesday called out Ankara on alleged executions and home confiscations in the Turkish-controlled swathe of northern Syria where Ankara plans to resettle Syrian refugees.

Turkey has seized 75 miles of land (120 kilometers) from Syrian Kurdish fighters and established it as a "safe-zone."

HRW urged Ankara and Damascus to investigate possible "human rights abuses, in many cases potential war crimes" in the area.

NATO had created a collective defense plan for the Baltic countries and Poland at their request after Russia annexed Crimea from Ukraine in 2014, raising security concerns across Europe.