Turkey launches second wave of airstrikes on PKK in Iraq

Turkish warplanes have bombed Kurdish camps in northern Iraq for a second night, threatening a fragile truce. The move comes as Ankara made a formal request to NATO for an extraordinary meeting. 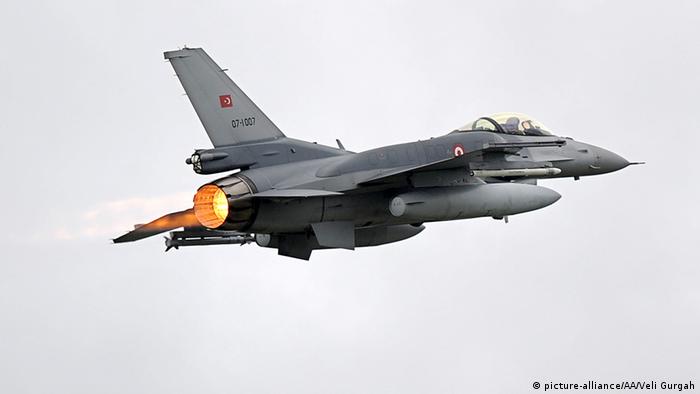 The airstrikes threaten to undermine a fragile truce held between the government and the PKK since 2013 with the PKK saying on Sunday that the conditions of the ceasefire were no longer in place.

The airstrikes come on the heels of Turkey's formal request to the North Atlantic Treaty Organization (NATO) for an extraordinary meeting.

"The North Atlantic Council, which includes the ambassadors of all 28 NATO Allies, will meet on Tuesday 29 July, following a request by Turkey to hold consultations under article 4 of NATO's founding Washington treaty," said a statement from NATO.

Turkey - a member of the US-led coalition against the "Islamic State" - gave the US permission to launch airstrikes from its air bases, marking a turnaround on its policy towards the militant group after a cross-border attack killed at least one soldier on its border with Syria.

The attack was reported to have been conducted by "Islamic State" militants.

"Turkey requested the meeting in view of the seriousness of the situation after the heinous terrorist attacks in recent days, and also to inform Allies of the measures it is taking. NATO Allies follow developments very closely and stand in solidarity with Turkey," concluded NATO's statement.

'Not to give up the peace process'

Merkel also urged Davutoglu "not to give up the peace process with the Kurds but to stick to it despite all the difficulties," according to a statement from the chancellor's office.