Chancellor Merkel has asked Turkish Prime Minister Davutoglu to press on with the Kurdish peace process, despite renewed clashes. Two Turkish soldiers were killed in the latest attack, blamed on the Kurdish PKK. 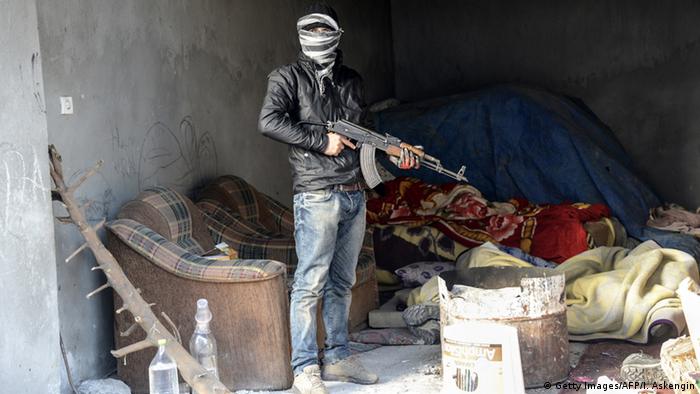 Turkish Prime Minister Ahmet Davutoglu and German Chancellor Angela Merkel spoke on the phone on Sunday, according to a statement from Merkel's office.

The high-level talk came amid a wave of violence between the Turkish government and the Kurdistan Workers Party (PKK), which threatens to unravel the truce in place since 2013.

In the latest incident, two more Turkish soldiers were killed in a car bombing late on Saturday in the mainly Kurdish southeast. The Turkish army blamed the attack on the PKK.

The Turkish prime minister informed Merkel of "the actions of the Turkish government in the fight against terrorism following the attack in Suruc and other terrorist attacks against Turkish security forces," the Sunday statement said. 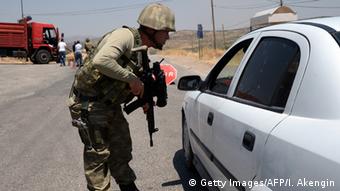 Two Turkish soldiers were killed in the latest attack

In addition, Merkel and Davutoglu agreed to cooperate in the battle against jihadists, as well as in handling the refugee crisis sparked by conflicts in Syria and Iraq.

Merkel also appealed to the Turkish prime minister "not to give up the peace process with the Kurds but to stick to it despite all the difficulties," according to her deputy spokesman Georg Streiter.

While assuring Davutoglu of German "solidarity and support" against the jihadists, Merkel also invoked "the principle of proportionality in the implementation of necessary measures."

Earlier, representatives of the EU and the US similarly backed Turkish efforts against terrorism, but urged de-escalation between Ankara and the PKK.

Violence has been escalating in Turkey after the suicide bombing in Suruc, which killed 32 people earlier in the week. Most of the casualties were Kurdish activists. Although the Turkish authorities blamed the "Islamic State" for the bombing, many Kurds feel that the Ankara government has not been doing enough to prevent such attacks.

On Wednesday, the militant wing of the PKK claimed responsibility for the killing of two Turkish policemen. The militants maintain the deaths were a "punishment action" for the government's alleged failure.

In response, Turkey launched a two-pronged cross-border offensive against both the "Islamic State" and Kurdish forces.

Some analysts argue that Ankara is using the campaign against "IS" as an excuse for continuing its bid to suppress the Kurdish insurgency. Others point out that the Syrian civil war, which has seen heavy fighting between "IS" and Kurdish militias allied to the PKK, could be spilling over the border.

Turkish authorities have been detaining hundreds of suspected members of "IS," the PKK and other militant groups in a bid to contain the terrorist threat.

A total of 590 people have been arrested so far, according to Davutoglu.

As tensions across the country continue to rise, authorities have been dispersing or banning anti-jihadist, anti-war marches in Istanbul and other cities, including Ankara.

On Sunday, Turkey asked for an extraordinary NATO council meeting to discuss its efforts against Islamic State and PKK. The summit is likely to be held on Tuesday, the Turkish Foreign Ministry said.