Turkey and Russia: TurkStream pipeline not a fix for bilateral woes | World | Breaking news and perspectives from around the globe | DW | 07.01.2020

Turkey and Russia: TurkStream pipeline not a fix for bilateral woes 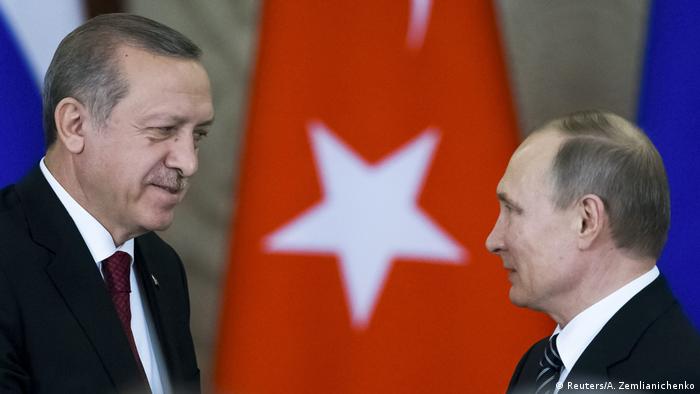 Turkish President Recep Tayyip Erdogan and Russian President Vladimir Putin will meet in Istanbul on Wednesday, January 8, to inaugurate the TurkStream pipeline, which will supply the Turkish market and EU countries with natural gas from Russia.

Besides helping Turkey to meet its own demand, TurkStream will help the country achieve its objective of exploiting its geopolitical position and becoming a major energy hub between East and West. An official from the Turkish Ministry of Energy told DW that cooperation with European countries would be a key topic at the presidential meeting.

The connection between Moscow and Ankara is growing closer, and Western observers are eyeing the bilateral partnership with suspicion as ties tighten between Russia, a conventional threat to the NATO alliance, and Turkey, a member country of NATO. With increasing confidence, the two powers are exerting influence in the region, so it is no wonder that there is more to the agenda of the Istanbul summit than merely natural gas trading.

According to a Turkish diplomat speaking on condition of anonymity, the two presidents will also discuss the situation in Libya. Turkey has deployed troops to intervene in the country's civil war, siding with the internationally recognized Government of National Accord (GNA) led by Prime Minister Fayez al-Sarraj. Turkey's stake in Libya, however, is at odds with Russian interests. Moscow supports the opposing Libyan National Army (LNA), led by General Khalifa Haftar, who has launched an offensive for control of the capital, Tripoli.

Libya and Syria high on the agenda

Moscow has been closely monitoring Turkey's move to send troops to Libya, according to Turkish diplomatic circles. "Ankara has already been told that Turkish soldiers should not oppose General Haftar's militias," according to one official, and other sources say that at the meeting on Wednesday, Erdogan is set to assure Putin that Turkish soldiers will not engage in combat in Libya.

Representatives from Turkey's Ministry of Foreign Affairs say that the two heads of state will also discuss the situation in northern Syria, where the Kremlin plays a key role in addition to North Africa.

On October 9, Turkey launched "Operation Peace Spring," a military offensive against the Kurdish YPG militia in the Turkish-Syrian border region. At the end of October, Putin and his Turkish counterpart Erdogan brokered a deal in Sochi that ended the operation and led to a cease-fire. Ankara came away from the deal with permission to control a safe zone in northeastern Syria.

Talks about Syria will revolve primarily around the northwestern Idlib province, where Russian-backed Syrian forces have been carrying out deadly airstrikes in one of the country's last remaining rebel strongholds. Hundreds of thousands of people have left their homes in the region over the past several months, attempting to flee across the Turkish border. The mass exodus poses a renewed humanitarian crisis as well as a new wave of refugees on the doorstep to Europe.

Moscow's show of support for Bashar al-Assad's regime in Syria is not the only conflict of interest perceived by the Turkish government. Syrian-led forces also recently surrounded a Turkish observation post. In September, Russia and Turkey had agreed to de-escalate tensions in the Idlib border region.

Another point of heated debate in both Turkish and Russian government circles is Erdogan's plan for Istanbul Canal, a 45-kilometer (28-mile) artificial canal to be built parallel to the Bosporus, linking the Black Sea with the Sea of Marmara. 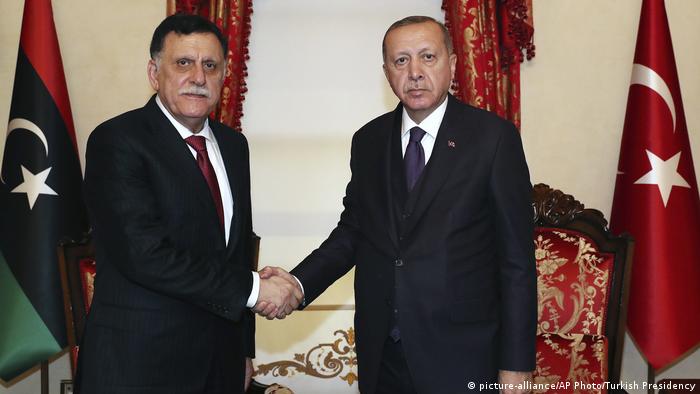 In Libya, Turkey threw its weight behind the interim Government of National Accord — Erdogan is seen here with Libyan Prime Minister Fayez al-Sarraj

Moscow says that the waterway's construction casts doubt on the Montreux Convention that has governed passage through the Bosporus Strait since 1936. The agreement guarantees the free passage of civilian and commercial vessels. Even more importantly for Russia, it carefully restricts the passage of naval ships. Moscow is deeply concerned about how the fee-based Istanbul Canal might impact the Montreux Convention.

The Russian president has already stated that the construction project should not jeopardize the agreement. Turkish diplomats say that he has already sent a clear signal to Ankara that military ships should not be allowed to use the canal. Russian and Turkish officials agree that "if construction goes ahead, we need to formulate a new way to prevent security problems in the region."

The TurkStream gas pipeline may present a new milestone in relations between Moscow and Ankara, and by meeting for its inauguration, the two presidents are making a show of their partnership. But talks with government insiders from both sides reveal that behind the scenes there are many points of contention, and often their positions could not be further apart.