US President-elect Donald Trump once again said Russia was not involved in hacking the US presidential election. Trump also said he was open to meeting with Taiwanese President Tsai Ing-wen. 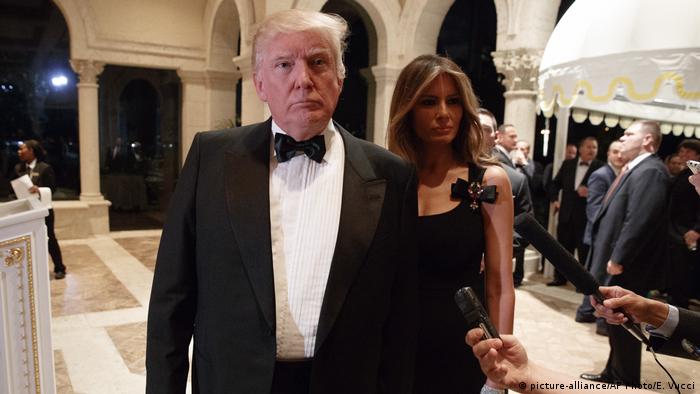 US President-elect Donald Trump again denied Russia hacked the US presidential election before celebrating New Year at his Florida estate.

Trump added US intelligence was incorrect when it said Iraq possessed weapons of mass destruction, a part of what lead to a US invasion of Iraq in 2003. He called the invasion "a disaster, and they were wrong."

Trump said it was unfair to accuse Russia of hacking if there is doubt, saying he knows "a lot about hacking" and "it could be somebody else."

"I also know things that other people don't know, and so they cannot be sure of the situation," said Trump, telling reporters they would find out Tuesday or Wednesday what he knew about hacking.

US intelligence agencies CIA and FBI agree that Russia intervened in the November US presidential election. Trump secured the electoral college vote, while Democratic candidate Hillary Clinton won the popular vote. Trump praised Russian President Vladimir Putin for vowing not to expel US diplomats after the US expelled 35 last week.

Hacking during the campaign hit the Democratic party hard, and the party blamed Russia for an attack in August.

Trump noted he was open to meeting with Taiwanese President Tsai Ing-wen. The two exchanged a controversial phone call after Trump's victory, breaking more than three decades of the "one-China" policy.

"I'm not meeting with anybody until after January 20th because it's a little bit inappropriate from a protocol standpoint. But we'll see," said Trump, who becomes president on January 20.

As for his New Year's resolution, he harped on his campaign slogan: Make America great again.

Before the New Year's celebration, Trump also took to Twitter to wish happy New Year "to all, including to my many enemies and those who have fought me and lost so badly they just don't know what to do."