The US has said Russian President Vladimir Putin holds personal responsibility for the hacking of Democratic officials' emails. President Barack Obama has vowed to retaliate "at a time and place of our own choosing." 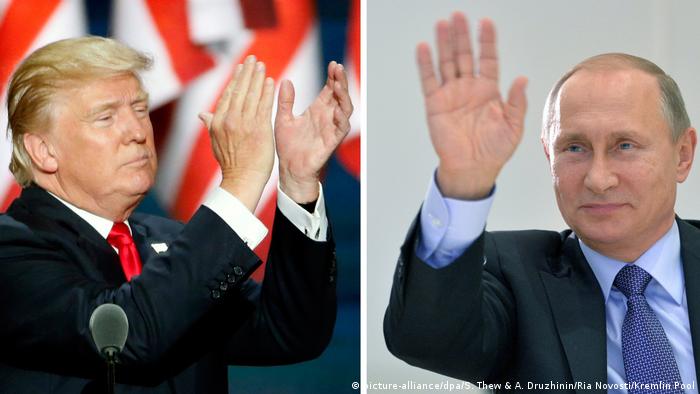 The government of outgoing US President Barack Obama claimed on Thursday that Russian President Vladimir Putin was directly responsible for the hacker attacks during the US electioncampaign.

The White House also said it was "fact" that such actions helped Donald Trump's campaign.

In an interview with NPR radio later on Thursday, US President Barack Obama said the US would retaliate against Russian hacking.

"I think there is no doubt that when any foreign government tries to impact the integrity of our elections that we need to take action," Obama said.

"And we will, at a time and place of our own choosing."

NBC News previously reported that Putin himself had given instructions for dealing with hacked emails from US presidential candidate Hillary Clinton.

Putin initially did this out of revenge because Clinton - during her time as Secretary of State - publicly questioned the legitimacy of the 2011 Russian elections, the broadcaster said, citing two high-ranking intelligence officers.

Putin later went on to portray the US political system as corrupt, the report continued. Putin's spokesman Dmitry Peskov rejected the allegations, however, as "ridiculous nonsense."

US president-elect Donald Trump also denied that Russia was behind the cyber attacks on the Democrats, with the Republican questioning US intelligence services.

"If Russia or any other entity hacked, why did the White House wait so long to act?" Trump wrote on Twitter on Friday. "Why did they complain after Hillary lost?"

One month before November's election, however, US Intelligence coordinator James Clapper and the Homeland Security Ministry accused Russia of being behind the cyberattacks. The hackers stole internal emails from the Democrat leadership and also accessed the email account of Clinton's campaign leader John Podesta.

Obama last week ordered a comprehensive investigation into cyberattacks. The report is to be presented to him before his departure from office on 20 January.