A chemical spill is being blamed for the death of several tons of fish, as well as waterfowl and a deer in southwest Germany. Police have warned local residents to keep their children and animals away from the river. 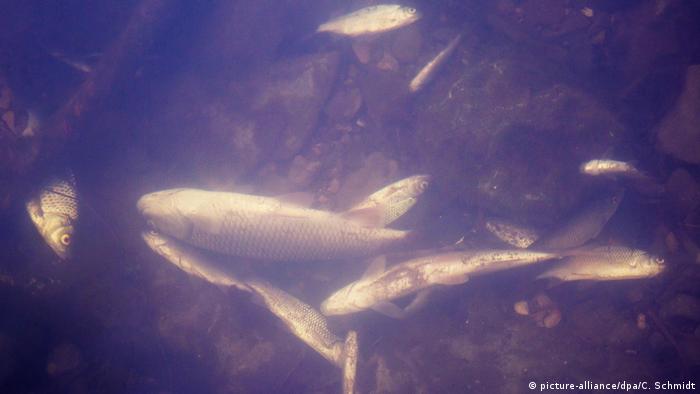 Authorities in the southwestern German city of Heilbronn on Friday announced that a chemical spill at a local shipping company likely killed every living creature in a 16 kilometer (10 mile) stretch of the Schozach River, a tributary of the Neckar.

Some 100 firefighters, police and animal rescue workers sought to limit the damage and prevent further destruction by pumping clean water from nearby lakes and ponds into the river in an effort to dilute the chemicals, as well as fishing out many dead animals.

Fire department officials say several tons of fish as well as a large number of waterfowl and a deer were killed in the stretch of water between the towns of Talheim and Abstatt. 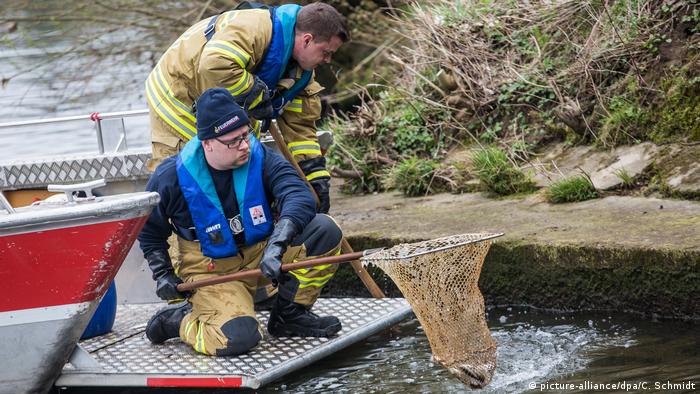 Police warned local residents to "avoid the area" and to keep their children and animals away from the river.

Authorities believe that an accident that occurred at a nearby shipping company on Tuesday may be the cause of the contamination. Some 1,000 liters (265 gallons) of toxic chemicals were thought to have entered the river when the accident occurred.

Initial water analyses found high concentrates of glycol, ethylene glycol, and alcohol in the water, as well as higher-than-normal amounts of ammonia. Glycol is, among other things, used to make antifreeze.

Keep industry away from streams and rivers

The Baden-Württemberg state chapter of the environmental protection group NABU called on politicians to act, saying: "Regulations must be changed immediately, prohibiting industries with water-damaging chemicals from locating facilities near streams and rivers. Inspections must be made more stringent, too."

State parliamentarian Bernd Murschel, environmental speaker for the Green Party, was critical of the federal government, saying, "it must ensure that its environmental agency inspections sharpen their focus when it comes to water-damaging chemicals."

Local fishers say it could take years for the river to recover.

German economy bounces back to beats expectations 16m ago