About 40,000 cubic meters of wastewater from a copper mine has contaminated rivers in Mexico. Federal officials are restricting water deliveries to urban areas, including northern Sonora state's capital of Hermosillo. 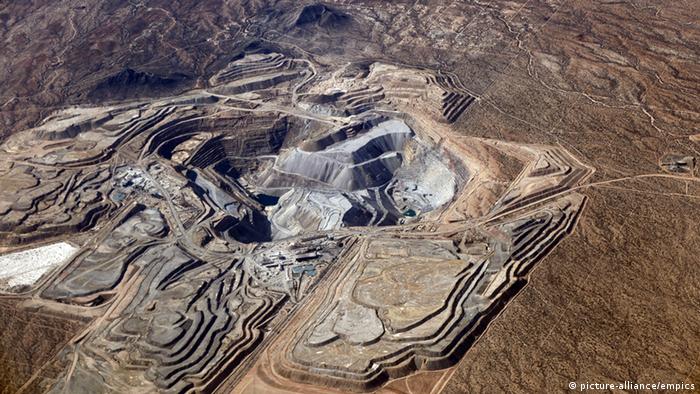 Mexico's National Water Commission said on Monday it had been monitoring for chemicals in the Sonora river and its tributary the Bacanuchi since an August 7 spill caused by heavy rains at the Buenavista copper mine at Cananea. The extraction site lies about 40 kilometers (25 miles) south of Mexico's border with the United States.

Mexico's environmental agency, PROFEPA, blamed the company Buenavista del Cobre and ordered the neutralization of toxins, construction of dams to prevent further incidents, and an analysis of the water's contamination level, among other measures.

“In addition to ordering the implementation of a total remediation plan, PROFEPA initiated proceedings against Buenavista del Cobre to determine possible sanctions,” the agency announced on its website.

According to Sonora state's water agency, the affected towns include Arizpe, Banamichi, San Felipe de Jesus, Aconchi, Baviacora and Ures, as well as Hermosillo, the state capital, which derives a limited 3 percent of its fresh water from the river. Fish and livestock have died from the poisoned water.

Sonora is home to more than a quarter of Mexico's mining industry. Companies regularly dig deep into the state's geological surface structures to extract gold, copper, graphite and other metals and minerals.

Several hundred kilometers north, in the US state of Ohio, private agricultural firms were accused recently of making the water in the Great Lake Erie unsuitable for drinking and bathing for several days.