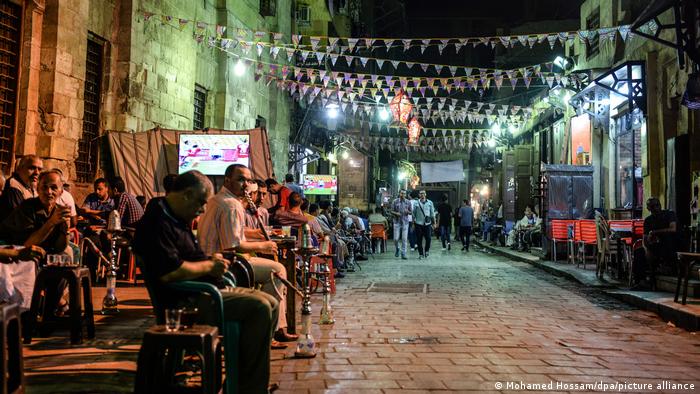 From this week on, street lights and outdoor illuminations in Cairo are off after 11 p.m.

Egyptian summer nights got a lot darker and hotter this week.

A whole set of new austerity measures leaves streets, squares, shops and malls without lighting after 11 p.m. The maximum temperature for air conditioning in shopping malls and stores has also been limited to 25 degrees Celsius instead of below 20 degrees Celsius.

According to Egypt's Prime Minister Mustafa Madbouly, the new savings plan follows a simple and straightforward equation. By cutting 15% of the country's domestic electricity consumption, more natural gas can be saved. It can be exported for a price ten times higher than is paid by local consumers. Egypt's natural gas would normally be running its own power plants.

Up until now, 60% of the country's domestic natural gas production has been used to generate electricity for the Egyptian public.

If Madbouly's plans were implemented to their full extent, it could free up to around 174 million cubic meters (570 million cubic feet) of gas per day.

That is close to one third of the country's export capacity, according to the Norwegian energy research and business intelligence company, Rystad Energy.

There is potential to shift the gas too. "In fact, the Idku and Damietta LNG export terminals have been operating below capacity over June and July, which indicates that there is space to move greater volumes of gas," Gower said.

At the same time, it is not yet clear, where any potential surplus could go. "Europe seems the obvious market given the high prices and demand, but traditionally, Egypt has supplied India and Asia with greater volumes," the analyst added.

Down to the last pound

Earlier this year, the government devalued the Egyptian pound by 14% as foreign investors pulled dollars out of the market after the Russian invasion of Ukraine. Earlier this week, financial news service Bloomberg suggested the country's central bank might try to do the same again.

As a consequence of the Russian invasion of Ukraine and the expected shortfall in imports of wheat, fuel and cooking oil, prices of staple goods have more than doubled in Egypt.

Almost a third of the population — 30 million out of around 102 million — live in poverty. Around 70 million Egyptians depend on the state's food subsidy programs, above all, for bread, which is a staple food and consumed with every meal. 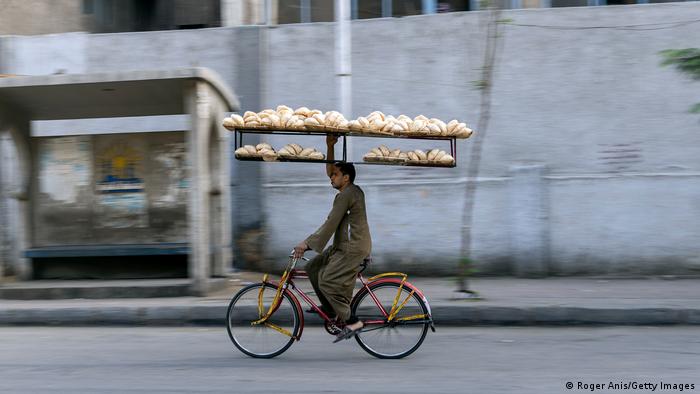 In Egypt, non-subsidized bread has more than doubled in price

"Egypt's extensive subsidy program for many staple goods means a huge bill for the state, so the idea of capitalizing on high gas prices by boosting exports makes sense," Gower told DW. But she also noted that "putting the population under further financial strain is a risk that [Egypt's President] Abdel-Fattah el-Sissi must balance carefully."

The government needs to ensure the public is protected from rampant inflation, particularly those families in the lower income brackets. "Otherwise, it risks exacerbating underlying tensions after years of hardship," Gower said.

The country has a history of so-called "bread riots." In 1977, 2011 and 2017, violent clashes followed subsidy cuts and increased food prices.

Another major consequence of the Ukraine war on Egyptian finances is a sharp decline in Russian and Ukrainian tourists. This has had a heavy impact on Egypt's tourism industry, an economic sector still recovering from the COVID-19 pandemic.

Further financial strains on the state are costly infrastructure projects, the new administrative capital near Cairo and hefty foreign debt repayments this year.

The International Monetary Fund and the World Bank have been hesitant about granting Egypt more support without seeing significant economic reforms or further foreign investment.

Increasing gas exports at a time when global gas prices are so high seems a simple way to boost the country's foreign currency reserves. However, there are also plenty of problems with the plan.

How will the new lighting curfews and lower temperatures be enforced? "I seriously wonder how strictly the government is planning to impose the new decision," Abdel Raouf, a toy shop owner in Giza city near Cairo, told DW. So far, the 60-year-old doesn't expect to be immediately affected by the new rules. "The restrictions during the COVID-19 pandemic were also not very strictly imposed," he remembers. His shop was open, he admits. 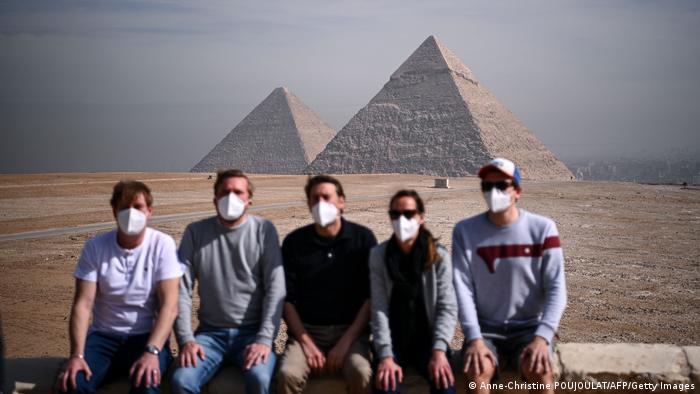 Egypt's tourism industry, hasn't yet recovered from the pandemic closures

There is also environmental damage to consider, pointed out Mohamed Salah el-Sobki, a professor of energy planning at Cairo University and former head of the New and Renewable Energy Authority.

Curbing electricity usage is only the latest step in a longer-running plan. In fact, Egypt had already been replacing natural gas with mazut, a low quality fuel oil, or diesel to run power plants since October last year. Selling the gas surplus has, according to Prime Minister Madbouly, led to around $150 million (€147 million) per month in return.

"Using environmentally harmful fuels like mazut or diesel to operate power plants is not a long-term solution. Renewable energies should be used instead," el-Sobki told DW, adding that this is also important in light of the country's role as host of the upcoming COP27 climate conference in November this year.

Meanwhile, daytime temperatures in Cairo remain close to 40 degrees Celsius. This means that most people there go out for dinner and social gatherings long after sunset, because it's cooler at night.

"I breathed a sigh of relief when I heard that cafes are still allowed to open until 1 a.m.," Ayman Ashraf, who owns a cafe in downtown Cairo, told DW.

Usually he would keep his cafe open until the early morning in summer. "Given that the shops have to close at 11 p.m., I am actually quite happy with the new rule," he told DW.

The only problem now, he said, is that his customers will have to walk home in the dark, long after the street lights have been turned off.

A highway through the City of the Dead

Spain has big ambitions when it comes to supplying Europe with energy. It could be the linchpin transporting hydrogen between Africa and Europe, but first, it needs France to help finish a pipeline in the Pyrenees.