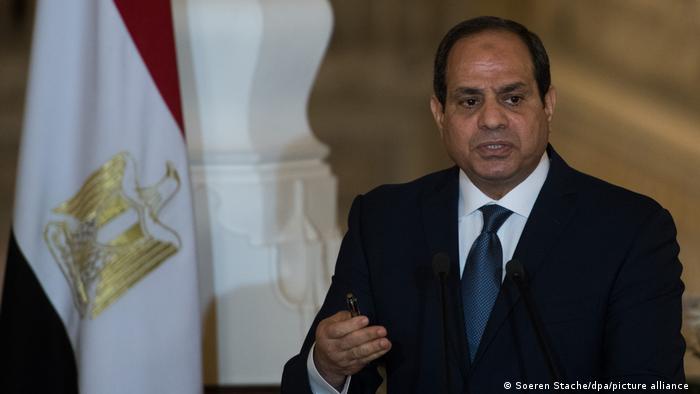 Stork also tried to push participating countries into some form of action.

"Countries participating in the COP27 should press Egypt to release the thousands of people jailed solely for exercising their right to free speech and peaceful assembly," Stork said.

The Middle East director said delegates should call for a halt to criminal proceedings against activists before indicating commitment to next year's summit.

COP27 is set to take place in the remote coastal town of Sharm al-Sheikh, situated on the Sinai Peninsula, in November 2022. The location of the event is also cause for concern as it would make any form of protest extremely difficult.

In the HRW statement, the organization highlighted the government's tight control over protests, wielding the 2013 anti-protest law, which outlaws any public gathering without consent of the Interior Ministry.

El-Sissi came to power in 2014, after the military toppled the government of president Mohammed Morsi in 2013.

Under el-Sissi there has been crackdown on opponents, with rights groups claiming that tens of thousands of political prisoners are held behind bars.

Stork said Egypt's actions flew in the face of the climate change movement's principles and said participants "should demand that Egypt take concrete steps to protect peaceful assembly and freedom of expression in the lead-up to COP27.”