Over 220 European lawmakers have joined US counterparts urging Egypt to release political prisoners. Rights groups have called the mobilization "unprecedented." Analysts say it needs to be followed by tough action. 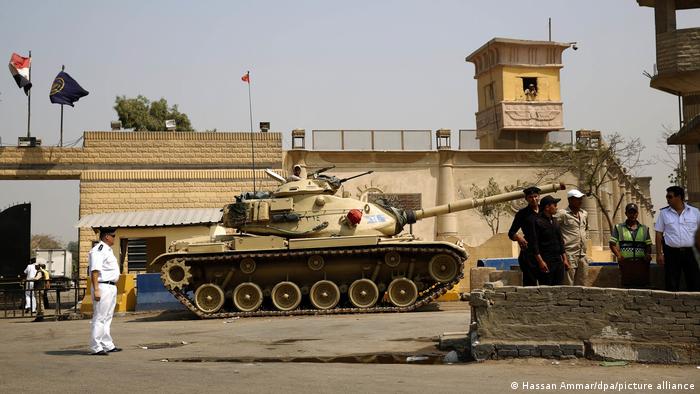 The push amounts to an "unprecedented mobilization" that "demonstrates the swelling frustration of the international community with rights abuses in Egypt," the US-based Cairo Institute for Human Rights Studies said in a statement.

The latest petition was spearheaded by French and Belgian lawmakers but signed by European members of European Parliament and national members from seven countries, including those of Egypt's key allies Germany, France and Italy.

The letter expressed alarm at growing numbers of prisoners held in extended detention without charge, trial, or communication with their families and lawyers and held in overcrowded conditions as the COVID-19 pandemic puts them at heightened risk.

"It's a clear reflection of the amount of violations and the notorious record of human rights abuses in the country," said Mina Thabet, a researcher at the Egyptian Commission for Rights and Freedoms, who was also jailed in 2016.

Although the letters directly name a handful of prominent political prisoners, Thabet said "hundreds, if not thousands," have been forcibly disappeared or unjustly detained for months or years through Egypt's pretrial detention system.

Among them is activist Alaa Abdel-Fattah, who comes from a politically active family and has been repeatedly arrested since 2006. After being detained again without charge or contact with the outside world following rare protests last year, his sisters and mother were also targeted by authorities when they publicly demanded to know his condition. 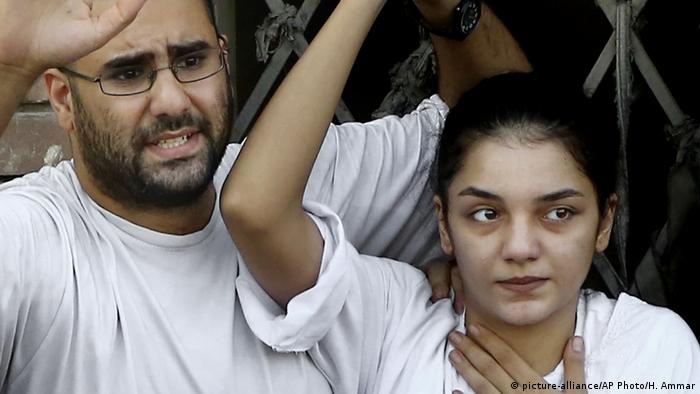 Alaa Abdel-Fattah and his sister Sanaa Seif in 2014. Seif was allegedly assaulted by police this year while demanding information on her brother being held incommunicado.

Since el-Sissi came to power in 2014, he has presided over a system designed to maintain his grip on power, the Cairo Institute for Human Rights Studies said. That system allows the state to prosecute any citizen that criticizes it and "falsely categorize them as threats to national security," it added.

'You never come out the same way you went in'

UN human rights experts have expressed alarm over the "grave risks" detainees face in overcrowded jails during the pandemic.

The Geneva-based monitoring group Committee for Justice reported that in the first half of this year, 51 prisoners died due to deliberate medical neglect, including 17 who died due to COVID-19.

Thabet said the psychological effects of detention, solitary confinement and abuse stay with a person for life. "When you go to jail in Egypt you never come out the same way you went in," he said.

Egypt regularly denies allegations of abuse in its prisons.

While the coordinated pressure is important, it is only the first step, Thabet said. The US and European nations maintain significant military, financial and diplomatic relationships with el-Sissi that could be used as leverage, he said, adding that those countries sell Egypt equipment that it uses to suppress its own people.

But Hassan Nafaa, a political scientist at Cairo University who was also arrested last year after criticizing el-Sissi, said Egypt's ruling elite will pay no attention until it sees the results of the upcoming US elections.

In 2019, US President Donald Trump called el-Sissi a "fantastic guy" and his "favorite dictator," while Democratic candidate Joe Biden said in July there should be "no more blank check for Egypt." 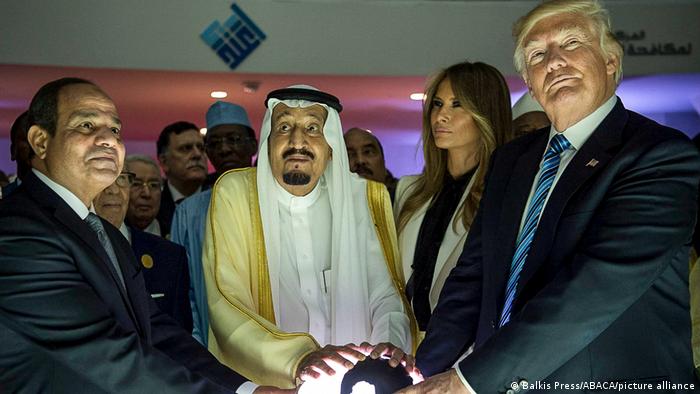 Donald Trump's relationship with President el-Sissi is part of a broader regional alliance.

The Egyptian regime will only pay attention to executive action, rather than the views of parliament members, because its own lawmakers have no real power and, thus, dismisses its overseas counterparts, Nafaa said.

While such pressure is necessary if Europe and the US want any results, "they have to get a little bit tougher," he said. "These kinds of petitions have to be repeated, they have to keep going, but if they just write a letter and sleep it will have no effect at all."

But Thabet maintains that current relations have allowed el-Sissi to act with impunity, so these US and European signals are important. "This is like a warning to the regime," he said.