More than 4,300 people have been arrested in Egypt amid anti-government protests. One of them is Esraa Abdel-Fattah. Rights groups, and one US diplomat, are calling for her release. 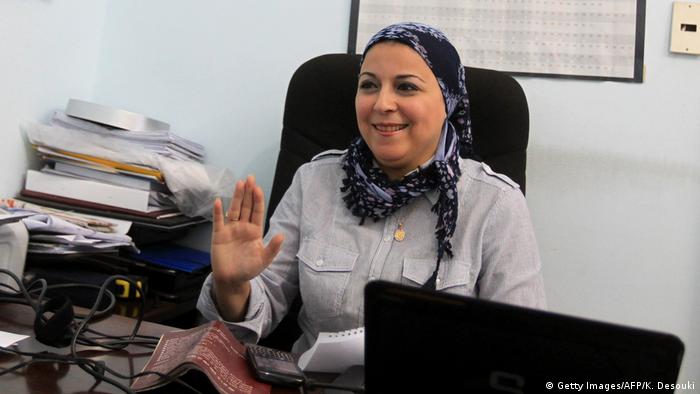 Esraa Abdel-Fattah is a journalist, blogger and human rights activist. She also shares a name with her country's president, Abdel-Fattah el-Sissi, who since taking power in 2014 has arrested more than 60,000 people for political reasons, according to Human Rights Watch.

On September 20, Egyptians across the country defied the threat of political backlash to take to the streets in protest. They demonstrated against the el-Sissi regime and, above all, the president's extravagant spending; he has constructed lavish palaces and villas, while much of the population is mired in poverty. They were the first anti-government protests in six years, and the reaction was predictable: thousands of arrests and a regime that continues to crack down on its citizenry.

Esraa Abdel-Fattah was arrested in the capital, Cairo, on October 12. According to her lawyer, Mohamed Salah, she was taken to an undisclosed location where she was forced to stand blindfolded against a wall for several hours and beaten. The security authorities apparently wanted her to give them the password to her smartphone, Salah wrote on Twitter a day after her disappearance. 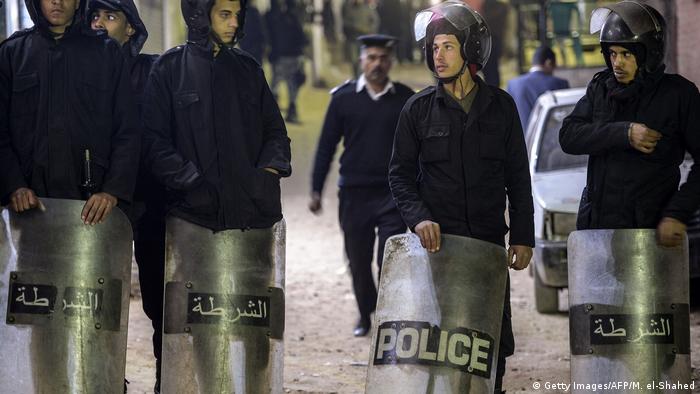 Meanwhile, a court in Cairo has sentenced Abdel-Fattah to 15 days in prison for "spreading false information" and "involvement with a terrorist association." The activist has been on hunger strike for several days now, to protest against the sentence and the torture she has experienced in prison.

'Her life is in danger'

Famous author Alaa al-Aswany commented on her arrest in his weekly column for DW Arabic. "Esraa Abdel-Fattah's only crime is that she defends the right of Egyptians to justice and freedom," he wrote. "Her life is in danger. Were she to die, el-Sissi would be personally responsible."

The organization Reporters Without Borders estimates that at least 16 journalists have been arrested in Egypt. It is calling for Abdel-Fattah's immediate release, and for an end to the persecution of media professionals critical of the government.

Egypt expert Amr Magdi works with Human Rights Watch in Berlin. He says that, before el-Sissi came to power, prominent individuals enjoyed a certain amount of immunity. "They weren't abducted or imprisoned, let alone tortured. This course of action against a prominent person like Esraa Abdel-Fattah shows how paranoid the system has become," Magdi says. 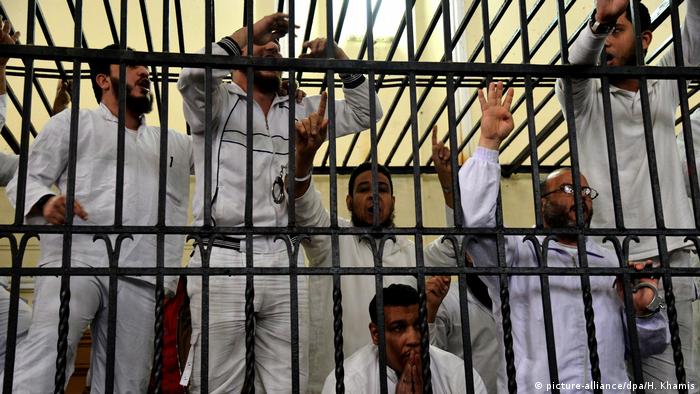 More than 60,000 people have been arrested for political reasons under the el-Sissi regime

He explains that Abdel-Fattah put her political activism on hold about two years ago. In 2011, she came to public attention as part of the April 6 Movement that played a leading role in the Arab Spring in Egypt, calling on Facebook for demonstrations. She continued to be politically active after the revolution; she founded a nongovernmental organization, and was an important element of Egyptian civil society.

Thousands of Egyptians are tweeting, using the hashtag that translates to "Where is Esraa Abdel-Fattah" in an attempt to draw attention to living conditions in Egypt. "While people are being abducted on the street and from their homes, while citizens' cellphones are being searched, and while foreigners are being treated as spies, the regime will not see any tourism or investment," one young woman tweeted.

The case is also causing a stir at an international level. David Schenker, a leading US diplomat specializing in the Middle East, described Egypt's treatment of the prominent journalist and activist as outrageous. Reuters news agency reported that he had discussed her case with the Egyptian ambassador. Schenker added that Egypt still had a long way to go in terms of respect for human rights.

A few days ago, Heiko Maas, the German foreign minister, also addressed the topic in Cairo. After a meeting with President el-Sissi, he said it was in Egypt's interest for people there to be able to rely on certain legal standards and "breathe the air of freedom." He commented that Esraa Abdel-Fattah and thousands of others were being denied this very freedom. 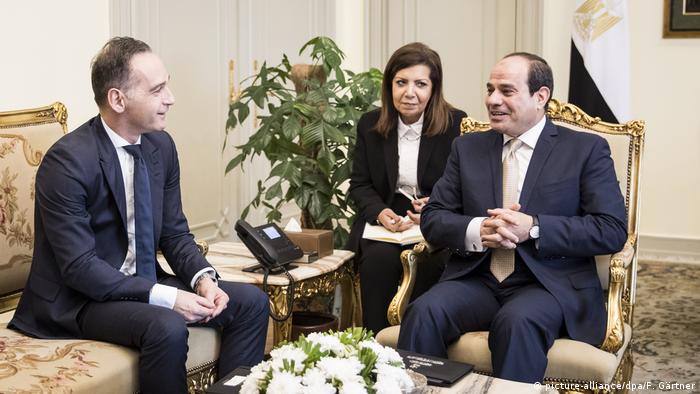 Human rights activist Amr Magdi says Maas didn't go far enough. "Esraa Abdel-Fattah has told the public prosecutor about the torture she has experienced. Prison conditions and torture have always been big problems in Egypt, but the situation has never been as dire as it is now," Magdi explains. The Egyptian regime, for its part, denies that torture took place at all.

Maas and el-Sissi also discussed German arms exports to Egypt. Egypt is currently the German arms industry's second-best customer, after Hungary: In the first nine months of 2019, the German government approved exports to the value of €802 million ($895 million).

Arms and technology for an autocratic regime

"European countries have to stop exporting to Egypt arms and other technological goods, which the country then uses against its own people," Amr Magdi says. "They also have to stop cooperating with its secret services, because Egypt is increasingly restricting people's freedoms."

Human rights organization Egyptian Commission for Rights and Freedoms says more than 4,300 people were arrested in connection with the protests. The public prosecutor stated that around 1,000 people were questioned about their possible involvement in the demonstrations. So far, the government has made no official comment on the number of arrests. Last week the European Parliament strongly condemned the recent cases, and passed a resolution calling for a "far-reaching and comprehensive examination" of the European Union's relations with Egypt. Foreign Minister Maas is said also to have championed individual cases in his meeting with el-Sissi. It's not known whether Esraa Abdel-Fattah was one of them.