Human Rights Watch has accused Egyptian authorities of arbitrarily detaining and forcibly disappearing minors. In a new report, children as young as 12 are being "waterboarded and electrocuted" while in detention. 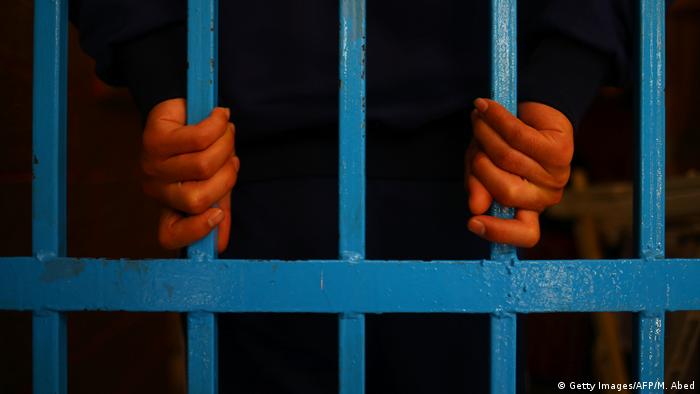 Egyptian security forces have been accused of wide-ranging abuses against children, including enforced disappearances, arbitrary arrests and torture in jail, Human Rights Watch said in a report published on Monday.

The report contains testimony from 20 children who were between 12 and 17-years-old when they were arrested. Fifteen of them said they were tortured in pre-trial detention, with seven saying officers used electricity — such as stun guns — to torture them.

"Children are describing being waterboarded and electrocuted on their tongues and genitals, and yet Egypt's security forces are facing no consequences," said Bill Van Esveld, HRW associate children's rights director.

The international rights group urged the European Union and the United States to stop supporting Egyptian security forces until steps are made to stop the abuse and hold those responsible accountable.

Torture 'dislocated both his shoulders'

According to the report, one boy who was arrested when he was 16-years-old said he worried he might "never marry or be able to have children'' because of what authorities did to him in detention.

In another case, a 15-year-old boy was suspended from the ceiling by his arms, which "dislocated both his shoulders."

One prosecutor threatened to send a 17-year-old back to the officer who tortured him unless he confessed. The boy had shown up wearing bloodied clothes and told the court he'd been tortured.

The groups said the torture and abuse endured by the children is "typical of the brutal security tactics" employed since 2014 — after under President Abdel Fattah el-Sissi came to power.

Egyptian officials did not immediately respond to the report, although they regularly deny allegations of torture in prisons.

Since the 2013 overthrow of President Mohammed Morsi, the Egyptian government has launched a crackdown on dissidents — jailing thousands of Islamists as well as secular, pro-democracy activists.

Prosecutors in Rome have put five members of Egypt's secret service under investigation for their role in the killing of student Guilio Regeni. The victim, a doctoral student, was abducted, tortured and killed in 2016. (04.12.2018)