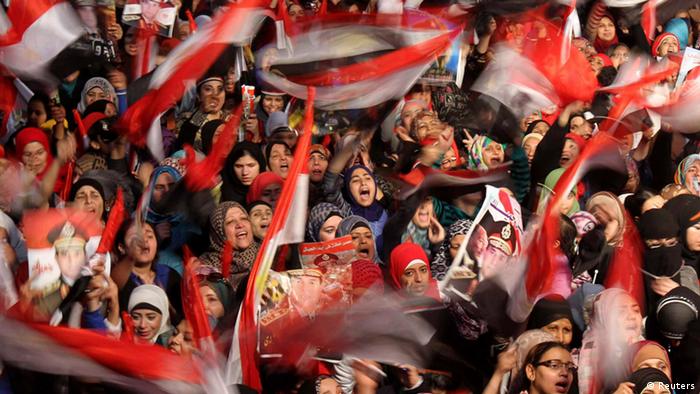 Ten years after the revolution, little remains of the euphoria seen at protests

Freedom, justice and human dignity — Egyptians took these three central concerns to the streets at their first protest rally on January 25, 2011. The following weeks were marked by further protests against the political and social conditions people had faced during the 30-year rule of President Hosni Mubarak.

The longer the protests lasted, the more brutally security forces cracked down on them. But the regime was unable to stop the masses from protesting throughout the country, and eventually, on February 11, Mubarak resigned. Egyptians were hoping for — and expecting — a new era without a repressive state apparatus, with more freedom and a political system that followed the rule of law.

What transpired, however, was far from all this. 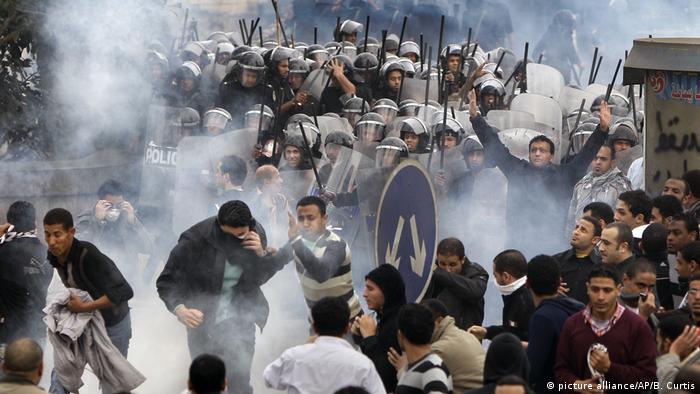 Despite the violence used to disperse the crowds, Egyptians continued protesting until President Mubarak was ousted

In 2013, a military coup ousted the country's first civilian president, Mohamed Morsi. Abdel Fattah el-Sissi has held the presidency with a firm grip since 2014.

"Egypt has experienced a terrible backlash in every single aspect," Egyptian activist Hossam El-Hamalawy said in an interview with DW. "This is particularly true for civil rights. The counterrevolution has pushed the country into a state that is even more oppressive than before the 2011 revolution. The uprising has taken a terrible turn and has led to a tremendous regression."

The situation of human and civil rights in the country is dramatically poor, according to human rights organization Amnesty International (AI), which recently noted miserable conditions in Egyptian prisons, torture and unfair trials. AI also spoke of a "horrifying execution spree" in the country that took place in October and November 2020.

In its latest World Report, Human Rights Watch deplored that "under the guise of fighting terrorism, Egyptian authorities showed utter disregard for the rule of law." For prisoners, the global pandemic had led to a further deterioration of their already dire conditions, it said.

Last December, the European Parliament issued a resolution "on the deteriorating situation of human rights in Egypt" and called on its member states "to conduct a deep and comprehensive" review of relations with Egypt.

The position of the United Nations is similar. "The Arab Spring in Egypt was short-lived," Agnes Callamard, a special rapporteur on extrajudicial killings to the UN, told AFP. "The regime has learnt the worst lesson — to nip any hint of freedom in the bud."

The Egyptian government, however, denies such accusations. In a statement to AFP, the Foreign Ministry denied the use of arbitrary arrests or torture in Egypt. It said there werere "no political prisoners" and stressed that the government "attaches great importance to the freedom of opinion and expression". Yet documentations by several human rights organizations yield a different picture. 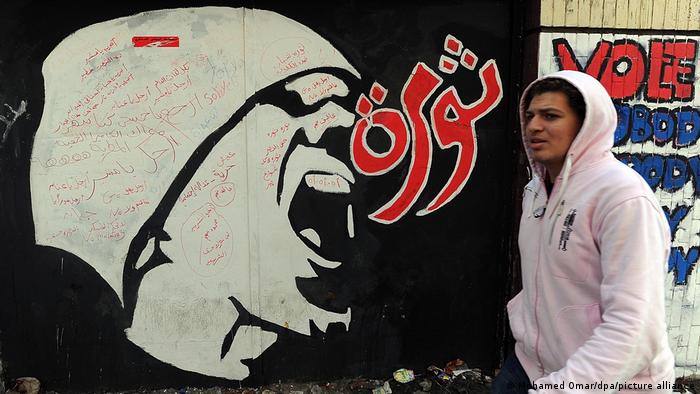 Activist Hossam el-Hamalawy says the 2011 uprising has left deep scars in the minds of the current regime's top brass. "The country's ruling elite feels an incessant need for revenge," he says. "For three years, it seemed that the pillars of their power, wealth and interests were under threat, and a major part of the elite was scared to end up in prison. Since then, the ruling political class has lived in a state of paranoia, fearing a repetition of the events in January 2011."

However, Magdi Shendi, journalist and editor-in-chief of Al Mashhad newspaper, which describes itself as independent, feels that the harsh course taken by the government can be attributed to several acts  of violence and terror after the uprising. In his opinion, many Egyptians have welcomed the state's efforts to restore law and order, even with force, because the country had suffered so much under terrorism and its consequences. "People are ready to review current guidelines and to reform conditions in prison. But this readiness does not extend to criminals and terrorists," he said.

However, it is the regime of Abdel Fattah el-Sissi that defines who is a terrorist and who isn't. Since he took office, critics and activists have often been imprisoned, accused of supporting terrorism.

The gap between rich and poor also continues to cause major problems for the country. It is a recurring theme in social networks as well as in sociological and economic studies. A common lament is that the middle class is being undermined by the unequal distribution of wealth, with money and wealth concentrated in the hands of a small elite.

Still, some progress has been made on the social front, Shendi believes: "We now have social security pensions; several new projects are focusing on solidarity and dignity, and some regions are seeing measures to improve infrastructure."

Shendi feels, however, that most Egyptians do not appreciate such developments at their true worth. "A revolution goes hand in hand with massive expectations and hopes, which are bound to be disappointed, as any progress seems minor," he said. 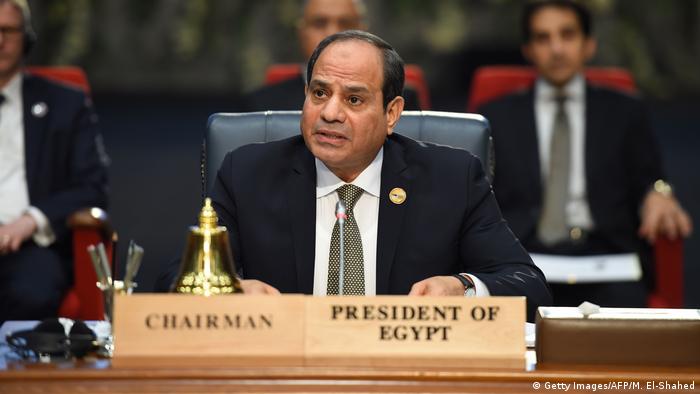 Using official data, it is hard to judge to what extent social progress has been achieved. Just recently, Egyptian Prime Minister Mostafa Madbouly published the first statistics on Egypt's poverty rate in 20 years. They show that almost 30% of the population was living below the poverty line in 2019-2020. In the two previous years, the rate was 32.5%.

The Central Bureau of Public Mobilization and Statistics has different figures.  It gives the poverty rate as having been 28% five years ago, with a rise of two percentage points since then."El-Sissi has focused on huge prestige projects, so-called white elephant projects, that have, above all, major propaganda effects," said activist Hossam el-Hamalawy and adds: "He and a group of businessmen and generals benefit from this. But these are sham projects that have no impact on the lives of citizens."

This article was translated from German by Jennifer Holleis.