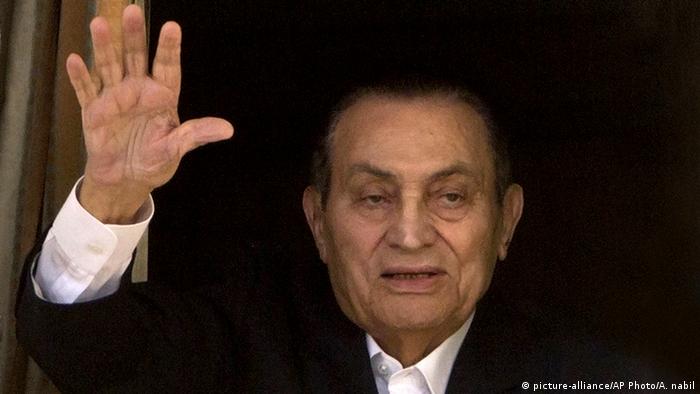 Former president of Egypt, Hosni Mubarak, has died at the age of 91, Egyptian state television reported on Tuesday.

Mubarak, who had ruled Egypt for three decades and was ousted by mass protests in 2011, died of health complications at a Cairo hospital where he had undergone an unspecified surgery, Egyptian state TV said.

The former strongman and his two sons were convicted to a three-year sentence and ordered to pay millions of dollars in fines for embezzlement of state funds. Mubarak spent most of his detention in hospital and was eventually freed in 2017.

Egypt's current president, Abdel Fattah el-Sissi, mourned the death of ousted Mubarak as a "military leader and war hero" and offered the government's condolences to his family, his office said in a statement.

A former bomber pilot, Mubarak came to power after his predecesor Anwar Sadat was gunned down standing next to him at a military parade.

Throughout his rule, Mubarak was a staunch US ally, fought back against Islamic militancy and promoted Egypt's peace with Israel.

But in 2011, tens of thousands of young Egyptians rallied against him for 18 days of unprecedented street protests in Cairo's central Tahrir Square that drew the participation of millions of people.

Mubarak's downfall was a stunning development that marked the Arab Spring movement. But his overthrow plunged Egypt into years of instability and set the stage for a power struggle between the country's military and the Muslim Brotherhood.

The former strongman's funeral is set to be held on Wednesday in Cairo, according to sources within his family, cited by Germany's news agency dpa.