The Wehrmacht and the Holocaust on the battlefield | Germany | News and in-depth reporting from Berlin and beyond | DW | 07.05.2020 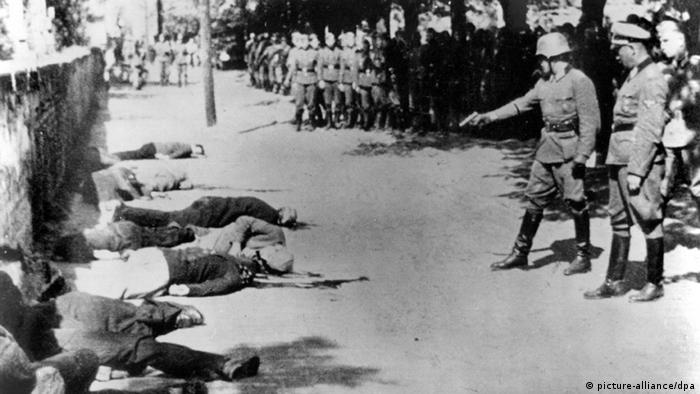 DW: For a long time, there was a myth throughout Germany that the army, the Wehrmacht, was "clean," summarized under the motto "but grandpa was alright." Why was this narrative so pervasive for so long?

Hannes Heer: Millions of Wehrmacht soldiers took part in the crimes of World War II, compared to about 250,000 members of the SS, who were directly responsible for the Holocaust. In Germany, all the discourse tends to revolve around the Holocaust. But the public has been far more reluctant to address the 10 million soldiers on the eastern front who killed more than 26 million Soviets. Every German has three, four, five relatives who participated in that.

The second factor has to do with the Cold War. The US desperately needed West Germany as a secure ally on the border with the Eastern Bloc. The leader of the US troops in Germany, and later President Dwight Eisenhower, publicly declared that there was a difference between Hitler's inner circle and the Wehrmacht, saying that German soldiers had not lost their honor. These statements led to army generals being freed from the Allies' prison camps. Then, the Bundeswehr, the army of West Germany and later of unified Germany, held on to the image, built as it was by former officers and generals from the Wehrmacht.

The author Heinrich Böll, for example, wrote a radical anti-war novel in 1948. It took place on the eastern front – and was never published. Erich Maria Remarque, author of the World War I anti-war classic All Quiet on the Western Front, had to revise his new manuscript and let someone else finish it. Films were re-dubbed. For example, the resistance leader in "Casablanca" was changed to be a Norwegian nuclear physicist. It was all done to maintain the image that Wehrmacht had merely done its patriotic duty and had to pay for it with millions of casualties.

You played a part in the busting of the myth of the clean Wehrmacht — as director of a major exhibition about the Wehrmacht 25 years ago. For the first time, the war crimes committed by the regular German armed forces during the World War II were documented for the general public to see. How do you look back on this exhibition today?

That was a milestone. There were historians who had broken the silence with their investigations before that: Manfred Messerschmidt, in 1969 on the Nazification of the Wehrmacht, and Christian Streit in 1978 on the murder of 3.5 million Soviet prisoners of war. But our exhibition went further, because it presented case studies of crimes committed on a daily basis. You could see the everyday nature of murder, including photos Wehrmacht soldiers themselves had snapped at the crime scenes.

You highlighted three cases of crimes in particular. What were they?

The first was in Belarus, the part of the Soviet Union that had the most victims. The second was from the Belgrade military district in Serbia. The third was from the 6th Army field unit of the Wehrmacht. From these case studies, you could see not only the deeds of the troops, from generals down to privates, but also their mentality. It was in stark contrast to the reputation of the "victim army" that had suffered so much during the siege of Stalingrad, a reputation the Wehrmacht carried with it well into the 1970s.

Because of the photographs, countless people came to the exhibition. Some of them had photo albums, searching for relatives who had not returned from the front. Or for relatives who maybe hadn't told them the whole story of what had happened during the war. Some of the exhibition's stories turned into big family stories. It reached a lot of people due to its provocative nature, and people finally started talking, discussing history critically. Perhaps this was the most crucial outcome of the exhibition: the silence, which had been so deep, was broken. 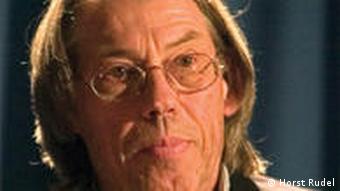 All three cases are from eastern Europe. Were there any differences between how the Wehrmacht behaved on the eastern and western fronts?

Absolutely. The campaign in the east was also called the "War of Extermination." There was no plan for annihilation of France, or Denmark, or Norway. It was about gaining or annexing certain zones of influence. But where the opponents were Slavic peoples, there was a different form of fighting: the war of total annihilation.

It was not about conquering something or creating spheres of influence, but just about breaking these societies. The Soviet Union was the center of these Slavic states, whose peoples were considered subhuman. The Nazis also argued that the Soviet administration was a "Jewish government" and used this as a reason to develop a strategy to totally wipe out its population.

Speaking of a supposed "Jewish government" — to what extent was the Wehrmacht involved in the Holocaust?

Even before the war began, propaganda promoted the idea that "Jewish Bolshevism" had to be smashed — and so too the smaller Slavic states that were "under Jewish influence." As the campaign began, the order was: "All members of the Soviet government and administration, and the Jews, are enemies of the German people and must be exterminated."

Three SS groups marched with the Wehrmacht and were received as comrades. They were also subordinate to the soldiers in the field. They had to coordinate their activities with the Wehrmacht. Their task, long before the implementation of the so-called "Final Solution" was to shoot the Jewish intelligentsia on sight, then all Jewish men they saw, then later women and children as well. This was the Holocaust on the battlefield. Away from the camps and the gas chambers in occupied Poland, three million Jews were murdered in the Soviet Union, including eastern Poland.

In our memory, the Holocaust refers mainly to the Jews who were deported and sent to the gas chambers. This asymmetrical memory of the war comes from the fact that one Holocaust was perpetrated by a relatively smaller number of criminals, while the other is ignored because millions of German people's relatives were involved.

Is that why you think we need a new exhibition about the crimes of the Wehrmacht today, 75 years after the end of the war? Especially when you look at the current social and political climate in Germany?

We certainly need a new exhibition. But it should be something permanent, like the Memorial to the Murdered Jews of Europe in Berlin. There should be a permanent place for visitors and school classes. This is especially relevant as one still sees neo-Nazis in Germany today, displaying symbols of National Socialism. And there is a party that sits in parliament (the far-right Alternative for Germany, or AfD), that says it is "proud of the German Wehrmacht" and calls the Holocaust a piece of "bird sh** in history."

It would bring awareness that maybe your ancestors were fighting in the east and maybe they were involved in these crimes. It is also necessary for the victims, who are not being commemorated. Half of the Soviet POWs were murdered. You have to document this and make an admission of guilt. Only then can understanding and reconciliation take place.

Long a military fact, the defeat of Germany and the Nazi regime became final on May 8, 1945. The psychological process of German denazification went on for many more years, says Herfried Münkler. (08.05.2020)

Too many Germans believe that the Holocaust has nothing to do with their own family story, says Jewish filmmaker Sharon Ryba-Kahn. Seventy-five years after the end World War II, it's time to ask difficult questions. (07.05.2020)