World War II: ′Patterns of human behavior repeat themselves′ | Europe | News and current affairs from around the continent | DW | 07.05.2020 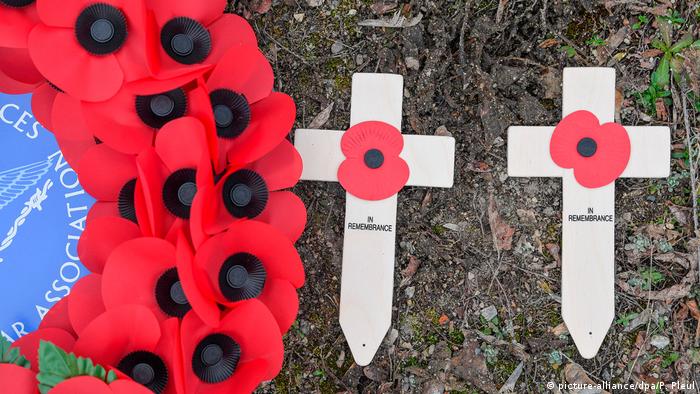 DW: How would you define the UK's role leading up to the latter stages of the war?

James Holland: Britain was the longest combatant in the entire war because, of course, it didn't end on May 8. For Britain, it keeps going until the middle of August with the war in the Far East.

One of the problems is the way people look at the war. It's been very land-centric. It hasn't been based on an economic point of view, or the way that Britain set itself up to fight the war, which was to use steel, not flesh as much as they possibly could use it, use its global reach, manufacturing, modernity, science, technology, those kinds of things. And also to operate on all three planes: in the air, on land and at sea.

If you look at it from a very land-centric point of view, then you are ignoring the way Britain, and indeed the US and Japan, are fighting their war. 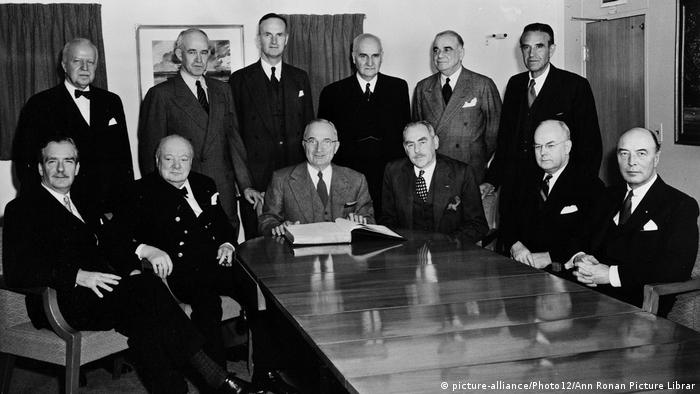 For the US and British leaders, May 8 did not signal the end of the war

Britain [at that stage] is still operating in the Far East. And the victory speeches from [UK Prime Minister Winston] Churchill, from the king, from President [Harry] Truman in Washington, they're all very muted because what everyone is realizing is that there's going to be the mother of all battles to come from Japan. And at the time of May 8, there is absolutely no certainty at all that the atomic bomb is going to be ready, or that they're going to drop it.

Against that backdrop, is the culture of remembrance in the UK different to the so-called Erinnerungskultur in Germany?

Funnily enough, I don't think it is. The focus has always been on V-E Day rather than V-J Day. I would argue that that is misplaced. I think the commemoration should really be focused on August. That's when the war ends.

We tend to forget all this now, because Nagasaki and Hiroshima happened and an invasion of the Japanese mainland didn't. But everyone was braced for that. Lancaster bombers were getting ready to be sent over, US and British troops were just about to be transferred to Japan. They were talking of potentially around half a million casualties.

V-E Day has greater resonance because the war in the Far East didn't threaten our own sovereignty in the same way that the threat of Nazi Germany did.

In that context, the debate here in Germany is always fraught with a connotation of whether May 8 was a defeat or a day of liberation. How is that seen in the UK?

From the British point of view, Nazi Germany was the bad guys. You were getting rid of Nazism. The British and the Allies made it absolutely clear to the Nazi regime that the moment they stopped the war, the bombing would stop. Whereas what was absolutely clear was that if the allies stopped the war, Nazi Germany would have continued with the Holocaust to its bitter end.

What do you make of this sense of collective guilt that still permeates through Germany society?

I think it's extremely difficult and nuanced. What happens if you discover that your grandfather actually was in the party or worse in the SS or just fought? How do you feel about it? Every veteran in Britain is feted and put on a pedestal, increasingly so as their numbers become smaller. Even the cooks and backroom boys are veteran heroes.

If you're German, you can't do that. I remember talking to a German veteran who kept breaking down in tears. He was recounting his wartime experiences and it was obviously deeply traumatic for him. And I kept saying, "Look, you don't have to tell me this stuff." He kept saying, "No, I want to." And at the end after he had recovered his composure he said, "I've never told anyone what I've just told you." He'd been bottling this up for 70 years. 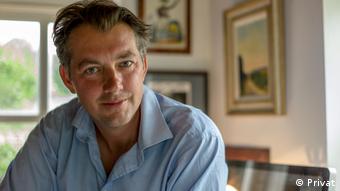 He was just an ordinary guy caught up in extraordinary things and had absolutely no choice in the matter. You know, the death camps are not at his feet. He was doing what he did because he had to. Is he supposed to feel guilty for that? And yet his his motivations and his reasons for doing what he did were exactly the same as a British "Tommy" recruited in exactly the same period in 1943.

I've got a friend in Freiburg, in southwestern Germany, and I remember him saying to me, "I [expletive] hate being German. We're s**t. We're awful people. I feel so embarrassed and ashamed about it."

I was absolutely gobsmacked. And that's one of the ongoing tragedies of the war and the Nazi regime. Those 12 years. Twelve years in the history of the world is a pinprick.

And given that self-reflection which still reverberates within German society, how is Germany and its society seen today in the UK?

I think people are totally cool about today's Germany. There is, occasionally, a kind of ongoing suspicion about Germany and that they're somehow dominating Europe. You fall into national stereotypes and make assumptions about things you don't know about. Anyone who goes to Germany, as I do, finds that they are incredibly interested, worldly, fun and likeable to be with.

To what extent are there concerns now about the rise of populism here in Germany in the form of a party like the far-right Alternative for Germany? Is there an apprehension that history is repeating itself?

I think this is why it's important to study history and examine the rise of the Nazis. Ideologically, it might have been because of 1919 and the Treaty of Versailles [The treaty contained the so-called War Guilt clause and required Germany to pay massive reparations.]. But the reason they came to power was because of the Wall Street crash of 1929. What you always get in history is political turmoil following a major financial crisis. While history doesn't repeat itself, patterns of human behavior do. And what we're seeing in the rise of nationalism, and Trump's America and the rise of the far right in Germany and elsewhere is a response to the [financial] crisis of 2008, compounded by the crisis of immigration and other factors.

It will be very interesting to see what happens after COVID-19, because obviously this is potentially, if not already, a worse financial crisis than what happened in 2008. That's inevitably going to lead to a greater rise in nationalism again. That is potentially quite dangerous.

That's the lesson from the past and a warning from history and a warning of what the Nazis did. It's really, really vital that people understand that.

James Holland is a British historian who specializes in the history of World War II. He's the author of the "War in the West" trilogy.

Seventy-five years after the end of World War II, the legend of the innocent Wehrmacht is no more, says historian Hannes Heer. For decades, some Germans considered the SS to be the only war criminals. (07.05.2020)