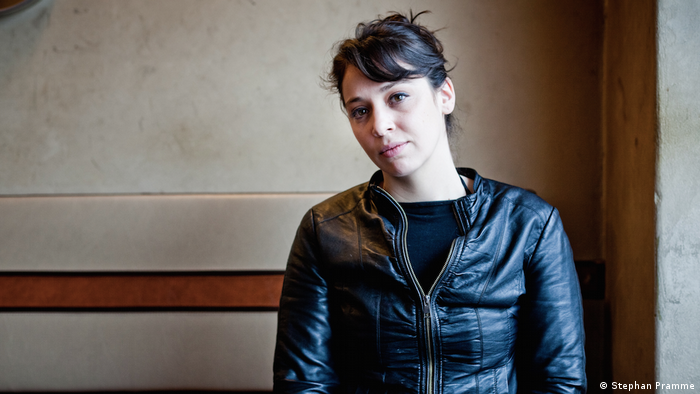 I was given the opportunity to share what it feels and means for me to be a third generation of survivors living in Germany. Ironically, you already know that my grandparents are Holocaust survivors, even before having introduced myself, before having told you my name, my profession, or where I was born.

I often feel the need to forget where I am

I was born in Munich, but Germany never felt like home, not as a little girl and not as an adult. Living here, I often feel the need to forget where I am. There are many reasons why that's the case, but a part of me will always look at Germany as the country of the perpetrators.

It is here, in Germany, that Nazism found a fertile ground with people supporting it. It is where it all started. And for my family and me this means concretely that more people were murdered than I could ever count out individually. I wonder, do I need to mention the number of 6 million again, or could that be forgotten? Or worse, would you want to forget about it? Can you sense my anger?

I am wondering about you — the reader — could you be seeing me as a victim? I am not. I am the granddaughter of survivors, of people with an incredible resilience, who fought to stay alive, and who were lucky to survive: 6 million others didn't. They have been fighting to live life, after all those horrors of the Shoah. My grandparents are the strongest people I know.

If my words sound violent to you, it's because the past that connects us is violent.

These feelings of anger and helplessness that I have with Germany have been one of the main motivations to make my latest documentary, Displaced. I have tried — as so many others have before me, from all three generations — to put the experience in a filmic form, so that both the emotional and cognitive experience of the three generations of survivors can be felt. 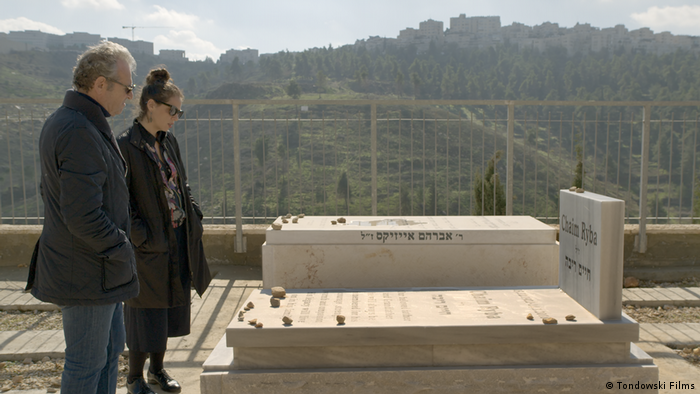 A still from 'Displaced': Sharon with her father at the grave of her grandfather, Chaim Ryba, in Israel

Why? Because I have always felt that many descendants of the perpetrators see this past as distant and disconnected. But this isn't just our past, it is yours too!

What I have observed is that the descendants of the perpetrators' side have been treating the Holocaust like a page in a history book. By this, I mean that there is no personal, familial connection to the Holocaust. And it happened a long time ago.

This is also how one of the protagonists of Displaced described his experience learning about the Holocaust in school. But this non-connection, this schism, takes many forms. Many non-Jewish Germans, as they've told me, may find the Holocaust absolutely horrible, but see it disconnected from their own personal narrative. Many don't know their family history and have never attempted to know it.

Disconnected from their own private space

There's another phenomenon that gives the impression that Hitler managed to murder 6 million Jews on his own. A very frequent narrative is that German families suffered so much themselves because of the war that they were apparently too busy with their own pain to have anything to do with committing the genocide, or the Nazi regime. What happened to the victims is removed from their minds, disconnected from their own private space.

The other extreme is that there seems to be this idea running around on the side of the descendants of the perpetrators that feeling guilty would be helpful in any way. Now, do you really think that your guilt will undo what happened to my maternal great-great-grandmother Marie Gruenbaum, who was arrested with her brother in Vichy, France, on April 24, 1944 by the Gestapo and then deported on May 1, 1944 to Auschwitz-Birkenau, where she was immediately murdered?

'Liberation Day': What an ironic term

This leads us to May 8, "Liberation Day." What an ironic term, "liberation"… Could there be anyone who believes it is possible to free oneself from the consequences of what the perpetrators of Auschwitz-Birkenau have done, or from having been a hidden child in an attic so small that you couldn't breathe, or seeing family members murdered in front of your eyes, or being the only survivor in your family? Could anyone really believe that one could free oneself from any of those images, memories and losses?

As my friend Romina, who is also a protagonist of Displaced, explains, many on the Jewish side simply do not have the privilege to choose if we would like to think about the Shoah or not — we just do.  And I would add, we carry this responsibility inside of us; we carry it to honor those among us who were murdered and those who survived. And when I ask her in the film, "Are you sometimes tired of history?" she answers beautifully, "Sure, very often so, but I don't have a switch to stop this." 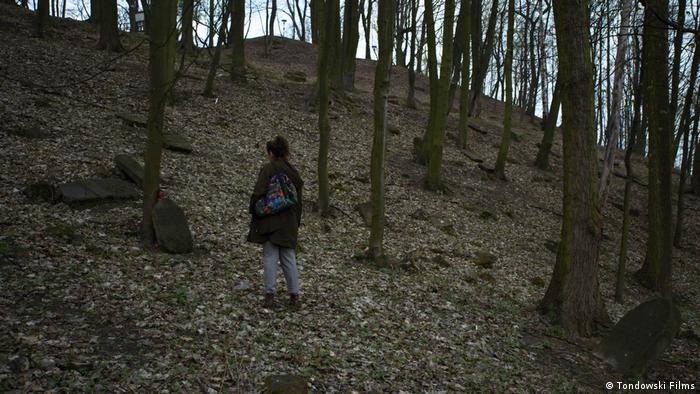 Sharon in a cemetery in Bedzin, where her paternal grandparents and their families lived before they were deported

We are responsible for the building blocks of our future

You see, Romina reminded me that it wasn't by chance that I identified with her. After all, we are talking about the differences between the collective experience of the generations of survivors and perpetrators. And while we, the following generations of survivors and perpetrators, are notresponsible for the actions of our parents and grandparents, we are a product of who they are and we are responsible for our present and the building blocks of our future.

Many before me have written words just like mine, so this is nothing but a humble reminder. And there are and have been wonderful people and exceptions on the side of the perpetrators all along, but they remain a minority. If you — the reader — are not willing to feel and think this, if you are not willing to make this your personal history, then my words are useless.

I am attempting to hold up a mirror to those of the second and third generation of perpetrators, so I can look into your eyes. It would be very different if you would come to realize that this concerns you personally. There would be a chance for a dialogue. Let me ask you: What alternative is there than to attempt again and again to learn from the past?

Sharon Ryba-Kahn is a French-Israeli documentary filmmaker who was born in Munich, on May 7, 1983, and currently lives in Berlin. In her second documentary film, Displaced, she moved between Germany, Israel and Poland, trying to understand how the Shoah has impacted her father's family. This leads her to look at her own life in Germany. Displaced had its world premiere in the German competition of the online edition of DOK.fest München on May 7.