On May 8 2020, Germany will mark 75 years since the end of World War II, a date some believe deserves a public holiday. The AfD’s Alexander Gauland has said it was a day of "absolute defeat" for Germany. 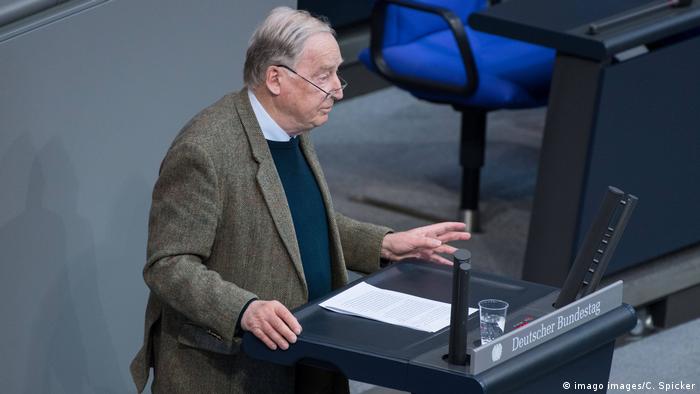 Leading far-right AfD politician Alexander Gauland said that Victory in Europe Day (VE Day) on May 8 should not be made a public holiday in Germany, in remarks published on Wednesday.

Despite a petition signed by 80,000 people, Gauland of the Alternative for Germany party believes the day World War II ended should not be commemorated as a public holiday, particuarly in Germany, because it's legacy was too "ambivalent."

"You can't make May 8 a happy day for Germany," the 79-year-old told German broadcaster RND. "For the concentration camp inmates it was a day of liberation. But it was also a day of absolute defeat, a day of the loss of large parts of Germany and the loss of national autonomy."

A day of liberation?

The petition was begun by Holocaust survivor Esther Bejarano, who wrote an open letter to German President Frank-Walter Steinmeier and Chancellor Angela Merkel urging them to make May 8 a public holiday.

"This is the day of German liberation and the defeat of the NS [Nazi] regime," she wrote.

While Gauland stressed the positives for Germans and Germany connected to the end of World War II and the collapse of the Nazi regime, he also said that "the women raped in Berlin will see it differently from concentration camp inmates."

Historians estimate that soldiers from the Soviet Union's Red Army raped over a million German women in the war's death throes, including 100,000 in Berlin alone. 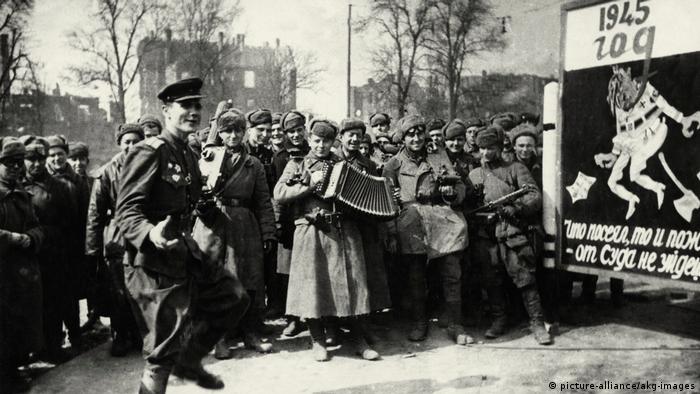 Berlin fell to the Soviet Red Army on May 2, 1945, just after Adolf Hitler's suicide — it took the Allies several days to agree on the specifics of a Nazi capitulation

Gauland, who is the parliamentary leader of the AfD, has previously caused controversy by saying that Germany could also be "proud" of its soldiers in World War II.

It's now 75 years since the end of World War II. VE Day is marked in countries across Europe with military parades and commemoration ceremonies, and is a public holiday in countries like France, Russia and Norway. This year ceremonies have been drastically pared back owing to the coronavirus.

The day marks Germany's official surrender in Europe, ending six years of conflict, although Russia celebrates victory in Europe on May 9. The official end of the global war came several months later, soon after the US dropped two atomic bombs on Japan.

In the German city-state of Berlin specifically, but not nationwide, May 8 is a one-off public holiday this year, to mark 75 years since VE Day.

Only employees of Buchenwald's memorial site attended the anniversary event due to Germany's coronavirus lockdown measures. Authorities called out increasing right-wing extremism in a "Thuringian declaration." (11.04.2020)

After weeks of lockdown, lawmakers are holding the government accountable. Angela Merkel has criticized some response measures. It's a relief to see democratic debate resume in Germany, DW's Volker Witting writes. (23.04.2020)