What is the state of the freedom of expression in Russia? And why is it so difficult for the Kremlin to deal with the country's revolutionary past? DW spoke to Russian historian and publicist Irina Sherbakova. 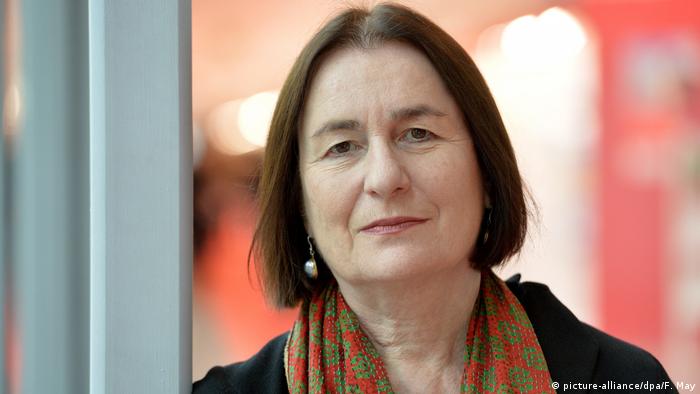 She is one of the most prominent Russian Germanists and journalists, and also co-founded the Memorial foundation in Moscow in 1988 to help society deal with the terror of the Stalinist regime. It is a courageous endeavor in a country that has enacted several laws in the last four years that severely restrict freedom of expression. But there is still a hope for a free, democratic Russia, says Irina Sherbakova, who this August received a Goethe Medal for her efforts to shed light on the concealed past of her homeland.

The odds seem to be against her: After the occupation of Crimea in 2014, many Putin critics, such as the famous Ukrainian filmmaker and author Oleg Sentsov, were pushed into exile while journalists such as Nikolai Andrushchenko, Dimitri Popkov or investigative journalist Anna Politkovskaya were apparently assassinated due to their critical work. But what exactly is the political situation in Russia one hundred years after the Russian Revolution came to a head on November 7, 1917? 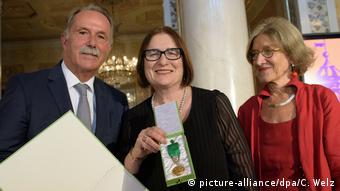 Deutsche Welle: Why is the anniversary of the revolution such a difficult fact for the Kremlin?

Irina Sherbakova: Perhaps the concept of a revolution has negative connotations for the Russian government — the word itself is very suspicious. Nobody wants revolutions and uprisings instead of order and peace.

On the other hand, we are reminded of the October Revolution every day here in Russia thanks to the many monuments and street names that still bear its symbols. Lenin, the plotter of the revolution, is still housed in his mausoleum on the Red Square after all. That is quite controversial given that the Czar's family was declared the martyr of this revolution.

Also, the Soviet Union is now being presented in a positive light, which is another contradiction since Stalin's figure is connected to it. I believe the Kremlin seeks reconciliation and national unity, but there is nothing to be gained from erecting monuments to the previous regime.

You and the famous Eastern Europe historian Karl Schlögel published "Der Russland-Reflex" ("The Russian Reflection") in 2015, in which you consider the country's totalitarian past. What is the current state of historical analysis of Stalinism? 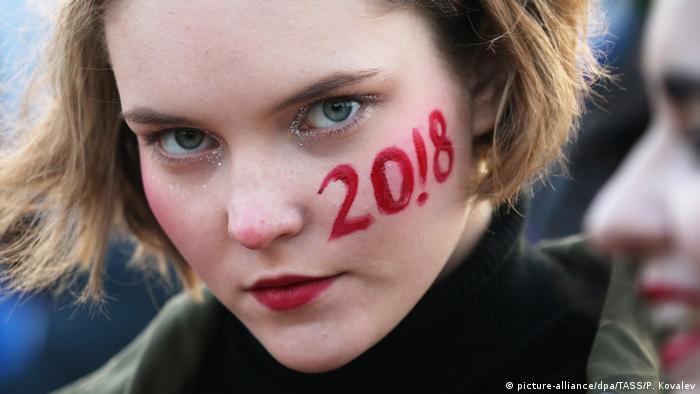 People protesting against Putin in Saint Petersburg in 2017

Stalin was a taboo under the leadership of Leonid Brezhnev. In the 1970s, his monuments were removed and his pictures disappeared. Stalin came back very slowly — but not to the same extent as before — only with the glorification of the Great Patriotic War, and has become a sort of a superstar in the last five years. The polls show that over 40 percent of respondents view him as an absolutely positive historical figure, so the public has not really dealt with the past.

But the public gets the information from TV and the propaganda, which creates the rift between the historical reality and the general opinion.

Read more: Siberia: The search for a lost Gulag village

The presidential election will be held in Russia next year, and it is almost certain that Putin will be reelected. Why hasn't he announced his candidacy yet?

I believe it will happen soon. But the election will not offer a real choice. Any real counter-candidate will not get airtime in the mainstream media, especially on TV. The only possible opponent, Alexei Navalny, was not even allowed to run for the election. 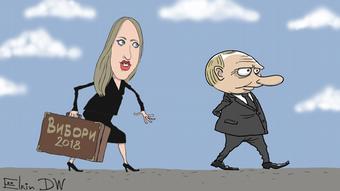 The "Russian Paris Hilton," the former reality TV star and anchor Ksenia Sobchak, announced her candidacy earlier this October. Is she only a female Putin's "sparring partner" or do you see her as a serious opposition politician?

No, I do not. She is a very talented journalist, but she has no program, institution, movement nor party behind her.

Why has she been allowed to run?

She is acceptable to Putin. She wouldn't be allowed to run otherwise. They believe they can kill two birds with one stone: The candidacy of a well-known, glamorous woman makes the election more interesting, while they can also use her as a democratic figurehead to show that these kind of people can also run for the office.

Navalny would have been the only independent candidate if he hadn't been imprisoned again for 20 days. He already has structures behind him.

What role can Navalny still play as an opposition politician? And if he were allowed to run, would you vote for him?

He is not necessarily my dream candidate. He would not win the election, but if he were allowed, I believe he could gain up to 18% in some Moscow districts.

There were demonstrations against Putin in about 80 cities on the day of his 65th birthday. In Moscow only, some 1,000 Kremlin critics, of which hundreds were arrested, demanded his resignation. How strong is the opposition? Were those all Navalny followers?

It is not an opposition in this sense we know it in the West. Those were dissatisfied people who dared to go out on the street after a relatively long time due to the brutal dispersal of past demonstrations. But it was amazing that many young people were there because they have hardly spoken out recently.

Television is very important for the Kremlin to maintain its power. How controlled is the internet?

The internet is still partially free, but there are restrictions already. Bloggers are being persecuted, and even people who "like" some content that the government deems as politically dangerous are being penalized and persecuted. There have been many such cases lately. The intention is to control the internet the same way China does.

The circle of independent media — be it print press, TV or radio — is becoming smaller. There is only one free online TV channel. Everything else is more or less controlled by the government. 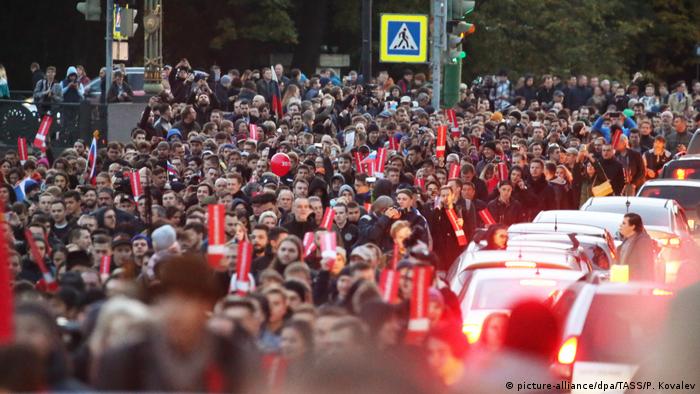 Protest against Putin in Saint Petersburg in 2017

Is a public, open exchange of opinions still possible?

It depends on where and when since it is very difficult to get permission to rally at all. The laws are becoming more and more aggressive, and rallies, especially those of Navalny's followers, are constantly being banned or moved to the city outskirts. There is now a fight over YouTube where Navalny has millions of followers.

Populism, nationalism, militarization — is it all part of the revival of the Great Russian Empire or some sort of nation-building after the disintegration of the Soviet Union?

Read more: What remains of the October Revolution in St. Petersburg

But nationalist and patriotic programs have never led to anything good in Russia. In my opinion, such leaning toward traditionalism is a substitute for the country's non-modernization. We hardly produce anything but weapons. Technology is not developed here. But you need scientists and a free market to change that, not patriotic slogans.

I work with many like-minded people, so I still have hope for a free, democratic Russia. But the situation is very serious. If nationalism, fundamentalism, militarization, secession and cold war are not consistently rejected, this will have very severe consequences for Russia and the whole of Europe.

Opinion: Sentsov lost in court, but he's no loser

A Russian court has sentenced Ukrainian filmmaker Oleg Sentsov to 20 years in prison on terrorism charges. DW's Juri Rescheto says that if the court meant to instill fear in Russians, it missed the mark. (25.08.2015)