The controversial film "Matilda" readies to premiere in Russia, despite attempts to ban it due to its 'irreligious' portrayal of the last Tsar. Lead actor Lars Eidinger spoke to DW's Juri Rescheto about the scandal. 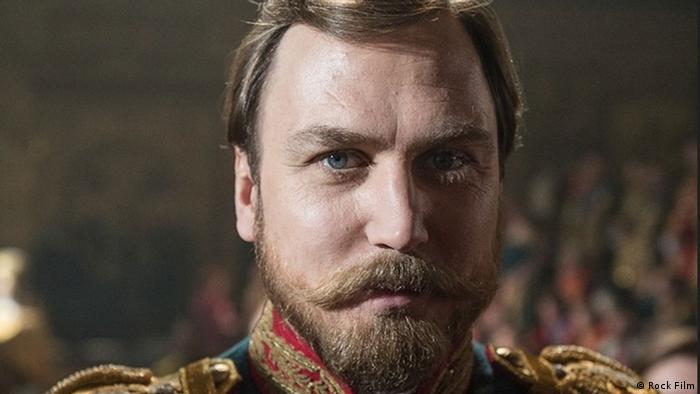 The Russian film "Matilda" recounts the affair between Tsar Nicholas II, played by German actor Lars Eidinger, and prima ballerina Mathilde Kschessinska (Michalina Olszanska) from St. Petersburg's Mariinsky Theater. However, the film's approach has ruffled the feathers of the country's religious community, according to a expert commissioned by the Duma.

DW: Mr. Eidinger, "Matilda" will be released in Russian cinemas on October 6. You play the last Russian tsar in the film that has proved to be highly controversial here. What do you make of it all?

Lars Eidinger: I can honestly understand to some extent that the person I portray, Tsar Nicholas II, has been canonized and that people want to defend him. And then comes a film that highlights his affair with a ballet dancer. But I believe that these accusations are invalidated when you see the film, because you notice that the film approximates this character with great respect, and portrays something profoundly human. 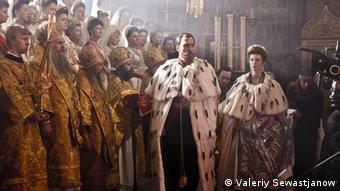 This film has caused a national fuss. The Orthodox Church says its religion has been offended and, due to protections under a special law in Russia, have put pressure on the authorities. The latter called in experts to adjudicate. What do you think about this response?

I think it has a lot to do with protecting religion. It reminds me to some extent of Pussy Riot. You say, okay, protest, but please not on our altar, which is holy to us. I think this reproach must be taken seriously. I understand these people, but I hope that we can agree so that we can look each other in the eye after the film, because we certainly do not want to provoke a scandal. 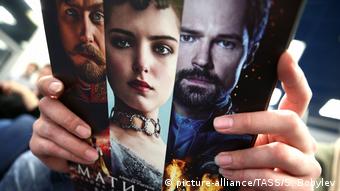 "Mathilda" will be released in Russian cinemas on October 6

Let's talk about something positive. You are a German actor who plays a Russian tsar. What attracted you to this role?

I think it's something very special. I knew immediately that it was an honor. Many actors would be reluctant to portray the tsar. I think that was one of the reasons why director Alexei Uchitel cast me. He knew that a German actor doesn't have so many preconceptions about such a performance and has a freer approach.

On the other hand, I was often very lost on the set as a German who does not have a strong command of Russian, with all the Russians talking to me all the time. But Tsar Nicholas II was also someone who did not feel comfortable in his role and who was lost. I think that was a reason to cast me; you feel that this is someone who is being pushed into the wrong position.

And we made the film at a time when there were many controversies surrounding the politics of Putin and Russia in general, including the war in the Ukraine. I was glad to gather my own impressions. 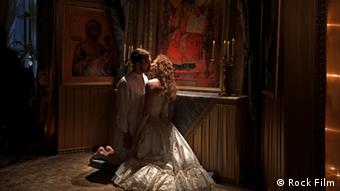 And what are your impressions?

It is astonishing - perhaps because we approach it with Western arrogance - how the Russian people, including intellectuals, stand by their president. I always try to be understanding. It's not easy to form my opinion only based on the media, so I'm glad I had the opportunity to go there and talk with people.

But one thing that's hard to understand is the ban on homosexuality. I have met a lot of gays and lesbians here who are are not allowed to live openly. But I feel that Russians are coming to terms with it. They justify certain things, and, with other things, they say, sure, that's the opinion of the president and the politics of the country, but that their lives look totally different in reality.