Siberia: The search for a lost Gulag village

Four Lithuanians are going on an expedition to the Siberian wilderness to find out more about their grandparents' tragedy when they were deported by Stalin. Karolis Vysniauskas reports from Vilnius. 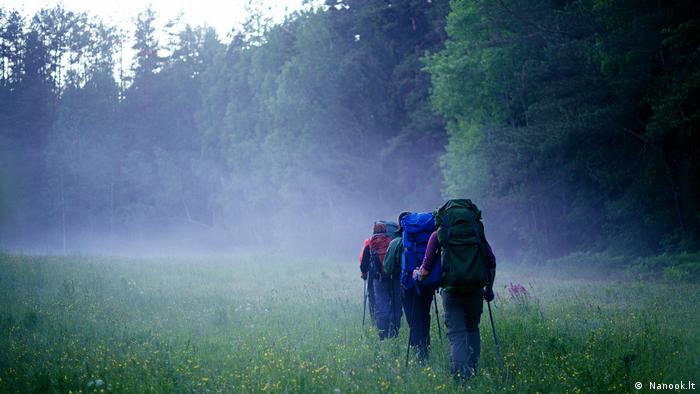 A 35-kilo backpack is enough for Gediminas Andriukaitis to go on a 500 kilometer-long (310 miles) expedition, 5,000 kilometers away from his home in Vilnius. "An inflatable canoe easily fits here. It weighs only [6.7] kilos, a special model made by a Lithuanian company. We are glad that local people support our cause," says the leader of "In the Footsteps of the Laptevians" expedition, which starts on Saturday.

The group of four men - Viktoras, Darius, Vigimantas and Gediminas - will be walking and paddling for a month in the Siberian mountain area, most of which has never been explored before. "I took some medicine, but I hope nothing too bad will happen," adds Andriukaitis. "The nearest village will be three weeks away."

The journey will start from Batagay Alyta, a remote town in the north of Yakutia, the coldest, populated region in the world. The explorers aim to cross the Verkhoyansky range using nothing but their feet and canoes. They plan to reach the village of Kyusyur on the shore of the Lena river.

Kyusyur is the last remaining village from Gulag settlements that once spread across the shores of the river and the coast of the Laptev Sea. Thousands of people, primarily from the occupied Baltic states and Karelia [a region now divided between Russia and Finland - the ed.], were shipped here for forced labor in 1941-1942 by Josef Stalin's regime.

Andriukaitis' father Vytenis Andriukaitis, current European Commissioner for health and Lithuania's former health minister was born here. Little is known about the place, but the explorers are hoping to find the people who remember its cold history. "In one internet forum we found a person who went to Kyusyur by steamboat. He met a Lithuanian woman, a daughter of Gulag survivors," says Andriukaitis. "We want to see if there are more forgotten people like her." 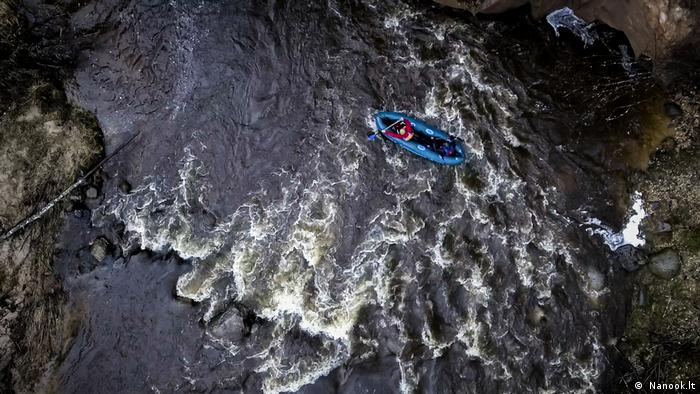 The travelers, whose day jobs vary from running an IT company to engineering, organized the trip themselves. They had previously traveled through the Caucasus, Kamchatka and the Alps, but a month in Siberia will be their toughest challenge yet.

"The stories of deportation are so horrific that we cannot understand them now. We want to see those places with our own eyes and at least partially feel what our grandparents felt. I hope that standing on the shore of the Lena river, watching the landscape that my grandparents were forced to see 75 years ago will provide me with answers," says Andriukaitis, who organizes a human rights film festival in Vilnius and has been going on expeditions since 2005.

When Andriukaitis' grandfather, a chemistry teacher, was deported to Kyusyur, he didn't have time to pack his backpack. In June 1941, an NKVD [the leading Soviet secret police organization - the ed.] officer went to his classroom and put a gun to his back. He and his family were then sent off to board a train, together with other teachers, political activists, doctors. They weren't told where they were going.

The deportees finally found themselves near Laptev Sea. The Gulag here was created to supply Soviet army with fish during World War II. The people who were exiled here are known as "the Laptevians."

The current trek was inspired by a 1989 expedition to Lena's delta by former Lithuanian exiles. One of them was Vitalis Staugaitis, deported when he was 12. He spent 18 years in Siberia.

"In my head, I still see the picture of dead people gnawed on by foxes - without ears and without noses," Staugaitis, now 88, recalls. During the first winter of deportations 127 of 434 exiles in his Gulag died from disease and starvation. "There wasn't a single day when I didn't think about what happened in the North." 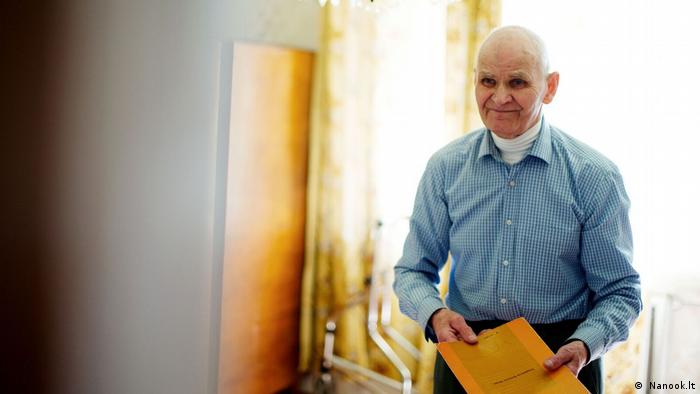 The group is setting off now because soon it could be too late. The winter of 2015 was the warmest in Russia's history and affected parts of Siberia and Arctic Russia. As the permafrost melts, many of the islands on the river Lena's delta are being washed away.

"Those are the islands that exiles from Lithuania were taken to. The crime scenes of Stalin's regime are being erased by nature. The last remaining survivors of deportations are passing away. We must keep their memory alive," says Andriukaitis.

Almost 400,000 people were deported from the Baltic states of Lithuania, Latvia and Estonia before Stalin's death in 1953. Many of them died due to the lack of food, clothes and medicine.

"The first wave of deportations was aimed at the Lithuanian intellectual elite - teachers, academics, writers. Without their voice it was much easier to affect people through propaganda," says Andriukaitis. "We must never forget this when talking about the legacy of deportations. It was a tragedy not only for Lithuanians but for all people who lived in the country at that horrific time."