Russian opposition leader Alexei Navalny has been released after 20 days in detention for unauthorized protest. Police arranged the release to take place away from assembled journalists. 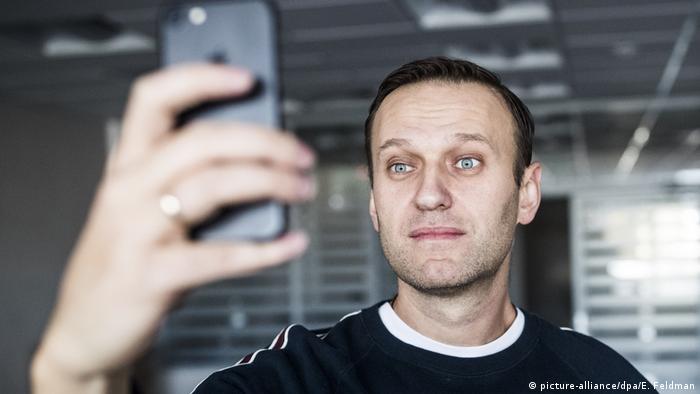 Alexei Navalny, a Russian opposition leader, said he was "ready for work" immediately after being released from a Moscow detention center on Sunday.

The 41-year-old lawyer, who has declared his intention to stand as a 2018 presidential candidate, was jailed for organizing protests against Russian President Vladimir Putin without permission.

"Hi. I'm out," Navalny wrote on his Instagram account, posting a picture of himself on a street. The release took place away from a crowd of journalists who had gathered in front of the prison.

Read more: Alexei Navalny, the candidate who can't be

Navalny said he was heading for the southern city of Astrakhan, where he is scheduled to hold a rally. In the Instagram post, he joked that, during the 20 day jail term, he read 20 books, learned some words of the Kyrgyz language, and drank 80 liters (20 gallons) of tea.

Earlier on Sunday, Navalny supporters hung a banner from a bridge near the Kremlin, reading: "It's time to get rid of Putin and time to elect Navalny."

Navalny, who is expected to be barred from candidacy, launched his presidential bid in December last year. Since then he has opened campaign offices and held events to consolidate supporters across the country.

So far in 2017, Navalny has served sentences of 15, 25 and 20 days for organizing anti-Putin protests without authorization.