Alexei Navalny sent to jail for 20 days before Russian rally | Europe| News and current affairs from around the continent | DW | 02.10.2017

Alexei Navalny sent to jail for 20 days before Russian rally

Russian opposition leader Alexei Navalny has received a 20-day jail sentence for calling an unsanctioned rally in St. Petersburg. Its his third such sentence in an unusual "election campaign," even by Russian standards. 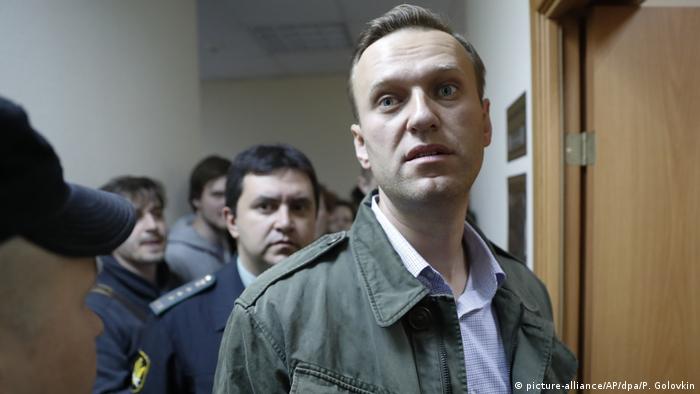 Navalny and the Russian courts are repeatedly crossing paths as a result of the anti-corruption activist's "presidential campaign." Russia votes in March in a curious election: Incumbent Vladimir Putin is yet to confirm he will seek another term, while Navalny says he intends to compete although his recent jail sentences mean that officially he is ineligible.

"Twenty days in jail," Navalny wrote on Twitter, claiming that the Kremlin was "scared" of his rallies, while in court he called the verdict "a gift to Putin for his birthday."

Last Friday, Navalny was detained at his apartment in Moscow and questioned by police. That prevented him from attending a planned rally in the provincial city of Nizhny Novgorod, for which he had secured approval. He did manage to attend his rally on Saturday in Orenburg, a city close to Russia's border with Kazakhstan. 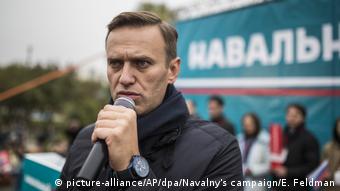 Alexei Navalny speaks at a presidential rally in Orenburg

No stranger to jail

Under Russian law, calling and organizing a public gathering like a rally without obtaining authorization can carry a jail sentence of up to 30 days. The law was enacted after the anti-government protests of 2011-2012 that coincided with Putin's last election victory.

Navalny, who is a very strong critic of Putin, has served two other jail sentences of 15 days and 25 days for two protests in Moscow that were not approved by city authorities.

Under Russian law, at least in theory, Navalny's recent jail sentences preclude him from standing for the presidency. Despite no official word from Putin, it's considered highly likely he will seek another term — having effectively been at the reins of Russia's government since 1999, either as president or as prime minister.