From Che Guevara T-shirts to prefab houses: How the Russian Revolution changed the world | Culture | Arts, music and lifestyle reporting from Germany | DW | 08.03.2017

From Che Guevara T-shirts to prefab houses: How the Russian Revolution changed the world

The Russian Revolution of 1917 was a starting point for hopes and dreams that ended in terror and war. 100 years later, what remains of this ideology? Several exhibitions and projects aim to find out. 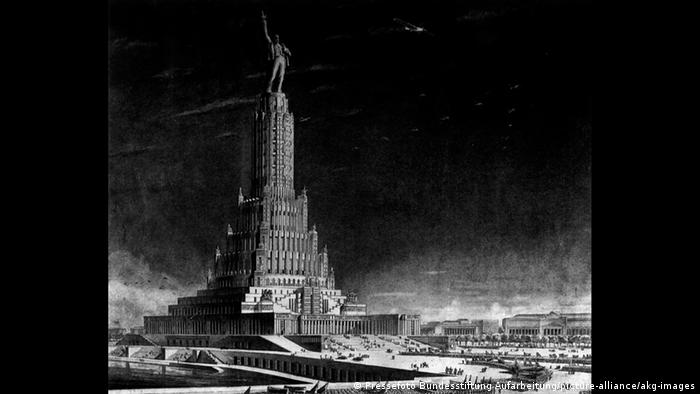 Power fantasies are often reflected in art and culture. Rulers, regardless of the ideology they employ, are likely to erect monuments to ensure that their legacy will never be forgotten. In Stalin's Soviet Union, this took the form of an opulent palace (depicted above). Construction began in the 1930s, but it was never completed. The Second World War interfered, and then, in 1957, four years after the dictator's death, his successor Nikita Khrushchev, halted its construction.

However, other traces of the Communist era that began after the Russian Revolution of 1917 still remain. In the former Marxist-Leninist countries, socialist architecture dominates entire cities. Endless rows of "Plattenbau" houses - pre-fabricated buildings made out of concrete slabs - still dominate the landscape. Compared to the high-rises in West Germany, this Soviet style is unarguably more monotonous. However thanks to fresh coats of paint and new investments into the housing market in recent years, many East German neighborhoods are looking less gloomy these days.

Taking a look back, the early phase of the Soviet architecture style was perhaps the most ambitious, both politically and aesthetically. Shining examples include Stalinallee in Berlin (today called Karl-Marx-Allee and Frankfurter Allee) and the large-scale Eisenhüttenstadt. The latter, a city on the Polish border, started merely as an idea on a draft table, which was then made into reality after careful planning. A propaganda film from the early 1950s about the former General Secretary of the GDR party SED, Walter Ulbricht, confirms that he was in no way called "master builder of socialism" by chance. 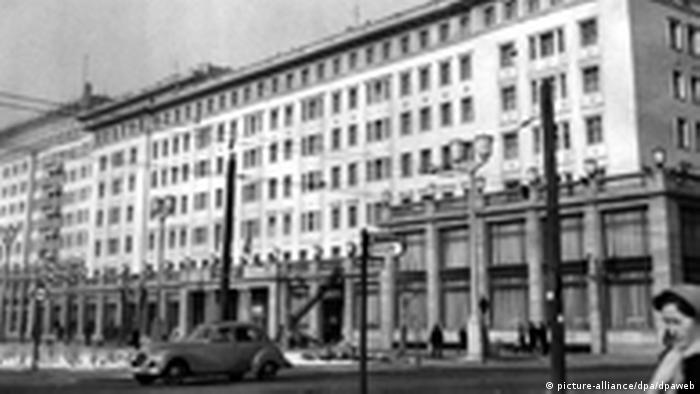 A newly built housing block on Berlin's Stalinallee taken in 1954

But what else remains of this project called Communism, which began with the Russian Revolution on March 8, 1917? One hundred years later, historians as well as experts from political and preservation fields are still dedicating themselves to this question. Already, their work has yielded results, with more certain to follow. A recent conference in Berlin focused on aspects as diverse as "Communism in Pop Culture and as a Political Niche" and "Communism in European Cultural Memory."

The range of communist kitsch extends from the classic Che Guevara visage on T-shirts and fabric tote bags, to clothing bearing references to gulags, the forced labor camps of the Soviet Union. While young people continue to wear clothing stamped with the image of the Argentinean revolutionary, whether or not they understand what it represents, is another question. Today, historians still debate the extent of the terror caused by communist tyranny worldwide.

Che Guevara T-shirts have not lost their appeal.

The German Foundation for the Reappraisal of the SED Dictatorship based in Berlin highlights the topic from several perspectives. An exhibition of posters titled "Communism in its Time" invites visitors on a journey that starts in Russia in 1917 and ends in today's post-communism present. It also focuses on the intervening stages of the 20th century, providing information on cults, heroes, myths, wars in Asia, America and Africa and leftist movements in West Germany, among other topics.

An exhibition that travels

The exhibition is unique in that it is both a simple and mobile concept, consisting of 25 picture and text panels printed in a circulation of 2,000 pieces. Its portable nature means interested educators can order the complete package free of charge. "People don't come to the exhibition, but rather the exhibition comes to the people," says Project Manager Ulrich Mählert. He tried out the unorthodox method with great success last year when presenting an exhibition about the Cold War - another loaded topic. 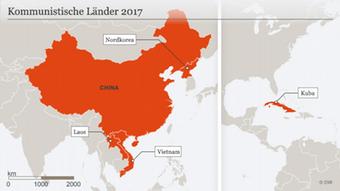 A map of communist countries in 2017

That communist ideology and structure lives on in a surprisingly vital fashion is demonstrated by the success of one global superpower in particular: China. "Without Russia, Communist China would not have existed," says historian Gerd Koenen, curator of the current communism exhibition. In September, German publisher C.H. Beck released his book "The Color of Red: Origins and History of Communism." One month later, the exhibition, "1917. Revolution. Russia and Europe" opened at the German History Museum in Berlin.

An online portal of biographies of dissidents

There are myriad approaches to addressing the phenomenon that is Communism. The foundation, for example, has also contributed to several related online projects, including the website www.dissidenten.eu. The site features biographies of opponents and civil rights activists from countries in the former Eastern European bloc. It also has an international angle, as it cooperates with the Warsaw-based foundation "Karta" and the Berlin-based Robert Havemann Society. 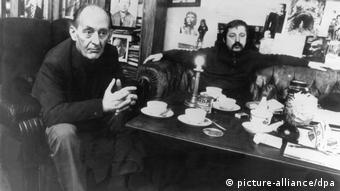 One particularly important project is the foundation's work on the portal Kommunismus Geschichte which will launch at the end of March. On this website, users can learn about literature, film, museums and places of remembrance relevant to the communist years in Germany. The site will also release a publication on communism research that will be available online.

Blind spots in the history of Communism?

In light of the abundance of educational offerings on communism, one particular question arises: "Are there blind spots in the historical view of communism?” It's a question which was presented at the end of February at an international conference organized by the Federation for the Reappraisal in cooperation with the Friedrich-Ebert Foundation, which is aligned with Germany's Social Democrat Party. For Markus Meckel, the last foreign minister of the GDR, the answer is a resounding ‘yes.' In light of new right and left wing movements worldwide, he warns against a "trivialization" of communism. In order to avoid this, Meckel calls for a European institution to bring communism crimes to light.

No public spaces or honorary titles in Cuba will be named after Fidel Castro, in accordance with the late leader's dying wishes. His portrait will, however, remain hanging in schools and military institutions. (28.12.2016)

In Berlin, thousands of people have taken part in commemorations of the life and work of the German communist leaders Rosa Luxemburg and Karl Liebknecht. The two were murdered by German paramilitaries in 1919. (15.01.2017)