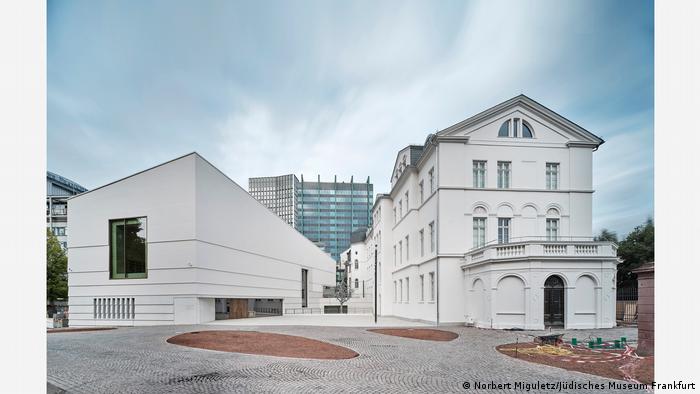 Jewish museums have a long tradition in Germany. In the Dresden Zwinger, for instance, Torah scrolls and the wooden replica of Solomon's Temple in Jerusalem offer a testament to Jewish life as early as 1730. So too beyond Germany, there are now more than 90 Jewish museums worldwide stretching from Sao Paulo to Istanbul.

The oldest municipal Jewish museum in Germany is located in Frankfurt, and was opened to the public on the 50th anniversary of the November pogrom, or Kristallnacht, on November 9, 1988. But it has much deeper historical roots.

Some of the museum's collection dates back to the Museum of Jewish Antiquities in Frankfurt, opened in 1922, which in turn developed out of the Society for the Study of Jewish Art Monuments that was founded in 1897. During Kristallnacht in 1938, the museum was looted and a large part of its collection destroyed — though surviving objects were incorporated into the later Jewish Museum. 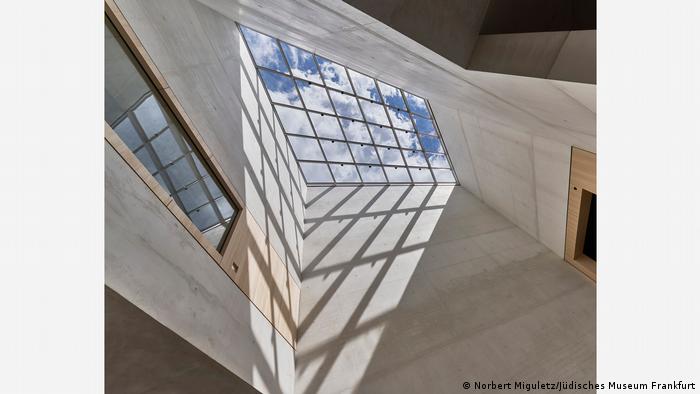 The new light-filled atrium of the Frankfurt Jewish Museum

Housed in and around the neoclassical palace built by the Rothschild family in 1820, the extensive renovation includes a bold new annex by Staab Architects.

The museum buildings are located on Bertha-Pappenheim-Platz, a plaza named after the women's rights activist and founder of the Jewish Women's Federation. On the square sits an overturned fig tree sculpture made of aluminum, designed by the Israeli artist Ariel Schlesinger.

The museum administration aim to offer a new and contemporary perspective with the reopening. "We are now," is the revamped institution's motto.

"We tell historical and personal stories again and again with reference to the present," said Wenzel. These include detailed biographies of the Jewish impressionist painter Jakob Nussbaum, for example, or journalist Martha Wertheimer.

'What are you doing against anti-Semitism?'

Today, museums are called on to do more than simply display exhibits and provide simple descriptive texts. "We offer a participatory and integrative exhibition, approach things closely and stage them vividly and from many perspectives," said Wenzel. 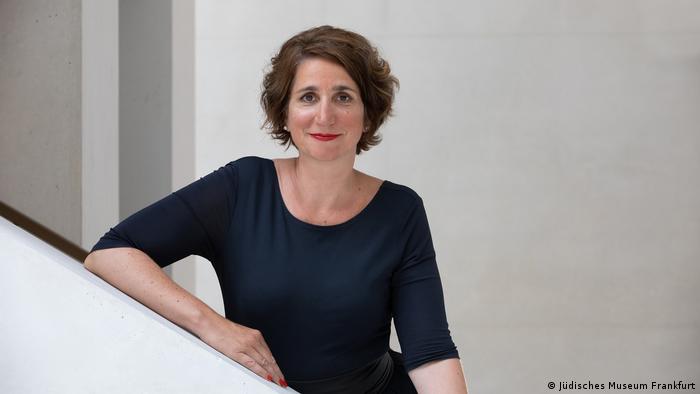 The museums' director since 2016, Wenzel wants the exhibition texts to speak directly to visitors, and to encourage self-reflection. Museum-goers need to ask what they themselves are doing to combat anti-Semitism, she says.

Especial importance is attached to the provenance of exhibition items belonging to Jewish owners, and the offer of restitution, Wenzel explained.

This might be seen as a response to recent controversies involving other Jewish museums. The director of the Jewish Museum Berlin, Peter Schäfer, stepped down from his post in 2019 after presenting an exhibition about Jerusalem that was critical of Israel. Internationally, Jewish museums are also under pressure from traditionalists who see addressing Jewish identity as a central task of these institutions.

What does it mean to be Jewish?

"We avoid the word 'identity'," said Wenzel, who wants the Frankfurt museum to redefine the terms of this debate. Key is avoiding definitions of Jewishness.

"We don't define," she said. "Our basic concept is cultural, ceremonial, linked to music, art and literature." Regarding the controversy in Berlin, Wenzel adds that she does not see it as a museum's task to adjudicate on territorial conflicts.

The museum is closely connected with the Jewish community in Frankfurt and celebrates its 900-year history in a city that was long a center of Jewish life.

Until the Nazis seized power in 1933, the Jewish community in Frankfurt numbered some 30,000 people, more than anywhere else in Germany. The new Jewish Museum has to reconcile this rich history with a present-day reality that is again increasingly marred by anti-Semitism. 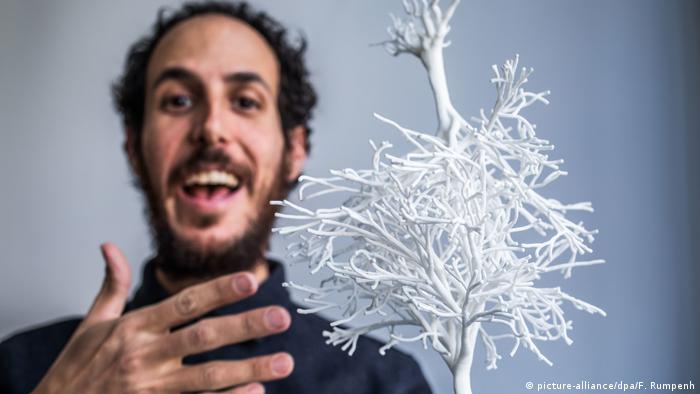 Historically, the relationship between Judaism and a predominantly non-Jewish society has been marked by tension. "These conflicts come to a head in times of increasing anti-Semitism," said Wenzel. "A museum without walls must perform a balancing act: Living in openness without neglecting security."

Educational outreach is an important part of the museum's activities. "We go to vocational schools and ask: 'Where are you from, what stories do you know about your family?'" said the museum's director.

In doing so, she and her team hope to raise interest in Jewish culture by drawing connections to the lives of non-Jewish members of German society today, and also finding parallels between Jewish and Islamic culture.