Why the origins of artworks are so important

Provenance research attempts to track down the history of the possession of artworks. Many museums and other institutions attempt to tackle the challenge, but there's still a lot of work to do. 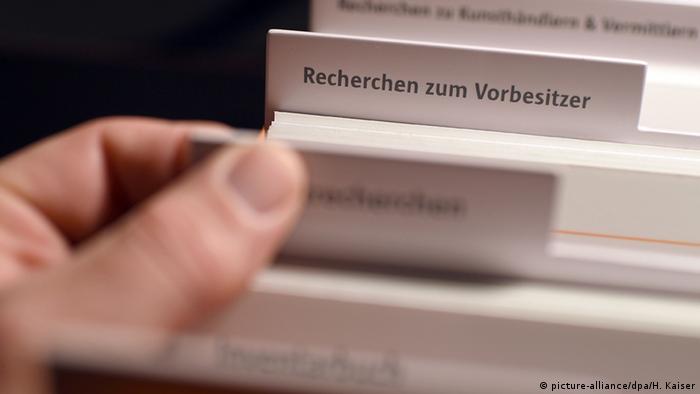 Since the "Gurlitt case" of 2013 involving controversial art dealer Hildebrandt Gurlitt, everyone's been talking about "provenance research." But actually, it had previously been part of the everyday vocabulary of art historians who research the origins of artworks in museums and public collections.

Specifically, researchers try to ascertain whether the paintings, drawings and sculptures were looted by the Nazis during confiscations and "escape-related sales" during the Nazi era between 1933 and 1945.

Read more: How Germany has dealt with Nazi-looted art after spectacular Gurlitt case

It's a difficult task as documents are often missing. The original Jewish owners were forced to leave their possessions behind when they were deported or had to flee into exile. Sometimes, only faded labels, a note or mark on the back of a picture or entries into a diary are left to offer clues about the original owner. 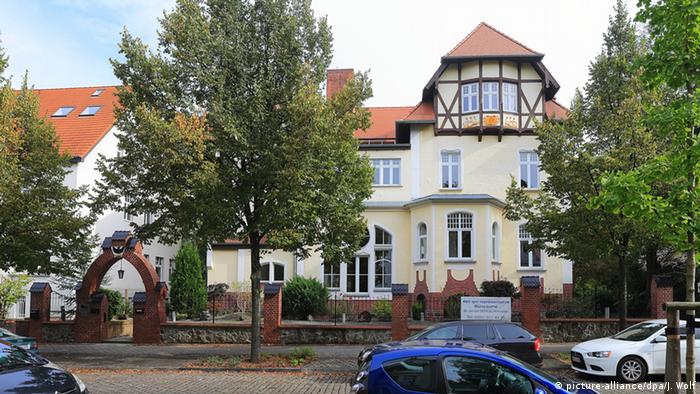 Sales lists from auction houses, gallery owners or even from the four art buyers who were set in place for the major museum in Linz that Adolf Hitler aimed to establish after the war sometimes aid the researchers. Gurlitt was one of those art buyers, and his business documents can be viewed online around the world.

Little response to the 'Washington Principles'

In 1998, Germany, along with 44 other nations, signed the "Washington Principles on Nazi-Confiscated Art," a statement addressing the restitution of art confiscated before and during World War II. Drawn up during the Washington Conference on Holocaust Era Assets in December, the 11 principles were to serve not as a solution, but as guidelines for organizing an international effort to "search provenance and uncover stolen art" rather than just leaving the matter to chance. Governments, NGOs, museums and dealers were tasked with this effort.  However, the statement has remained more of a declaration than a concrete plan of action. 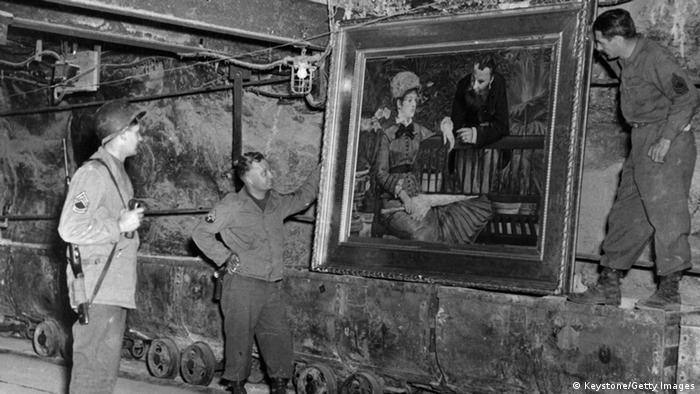 US soldiers found "Winter Garden," a painting by Edouard Manet, in a salt mine in Germany in 1945

The "case of Max Emden," which is the focus of a current documentary film, shows that the possibilities of provenance research in state art collections and museums are still far from being exhausted. Monika Grütters, German Minister of State for Culture, has made several million euros available for additional research personnel. But a clear concept determining how the money will be used, and exactly how institutions should fulfill the requirements for a complete provenance of loaned artworks, for example for museum exhibitions, is still missing.

Read more:Nazi-looted art: Why are restitutions still the exception?

Since 2007, the restitution lawyer Markus Stötzl has tried to persuade the German government to return several valuable paintings by painters such as Canaletto and Claude Monet, which the Jewish department store tycoon Max Emden (owner of Berlin's KaDeWe store) had to sell during the Nazi era after fleeing to Switzerland in 1928. The art collector died in exile in 1940; his son was arrested by the Gestapo, but he managed to escape to Chile. 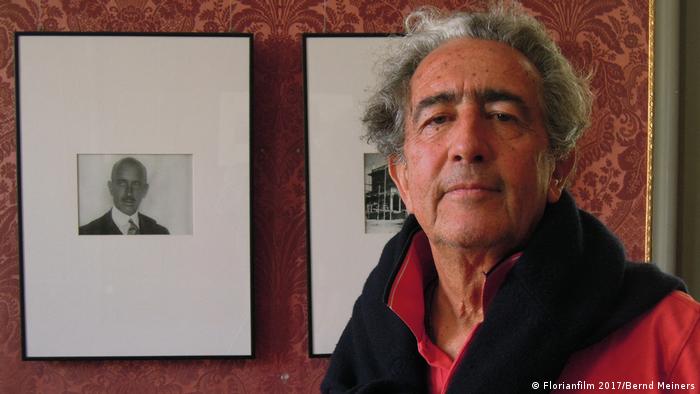 To this day, the German Ministry of Finance administrates all Nazi-looted art that was collected and passed on from the Occupying Powers to the Federal Republic of Germany after World War II. In the past, the ministry had repeatedly refused to return the pictures to the heirs of Max Emden.

A twist in the Emden tale

The Emden family's lawyer maintains that Max Emden was financially ruined by the Nazis, both forced to give up all of his real estate and to sell his valuable art collection in 1938. By way of detours, some of Emden's valuable paintings entered Hitler's private collection. As of 1949, they then entered the holdings of the Federal Republic of Germany.

Now, the Advisory Commission on the return of cultural property seized as a result of Nazi persecution, a panel convened by the German government for consultations on restitution claims, has recommended that Germany pass on two of the Canaletto works to Emden's heirs. Interestingly, one of the pictures hung for a long time in Villa Hammerschmidt, the Bonn-based office of the Federal President.

While the Bern exhibition focuses on "degenerate art," the Bonn show includes mainly Nazi-looted artworks or those of questionable provenance. The works from Cornelius Gurlitt's estate have caused ownership controversy. (02.11.2017)

'Suspicious' art from Nazi dealer to go on show in Germany

Five years after the spectacular discovery of Nazi-looted art known as the "Schwabinger Kunstfund," parts of the collection will be on display in Bonn's Bundeskunsthalle in the fall. A preview. (27.06.2017)

Sensational finds of art works make headlines in provenance research, but books were also looted by the Nazis. Looking for them in small libraries is the goal of a new project. (06.08.2017)