While the Bern exhibition focuses on "degenerate art," the Bonn show includes mainly Nazi-looted artworks or those of questionable provenance. The works from Cornelius Gurlitt's estate have caused ownership controversy.

It's a double exhibition that packs a punch, with the Bern Art Museum and Bonn's Bundeskunsthalle (National Art Museum) for the first time showing a large part of the artwork from the private collection of Cornelius Gurlitt. Discovered in a spectacular find in 2012 and then confiscated, the works stimulated worldwide discussion about art stolen by the Nazi regime.

The Swiss exhibition opened on Thursday, November 2. Titled "'Degenerate Art' — Confiscated and Sold," it includes about 150 works. "We are telling the history of 'degenerate art' and placing it in the context of campaigns waged against contemporary art since the late 19th century," said Bern's Art Museum Director Nina Zimmer.

Opening on Friday, November 3, the exhibition in Bonn is titled "Gurlitt: Status Report" and focuses on artworks taken from Jewish collectors or those whose provenance is largely unknown. 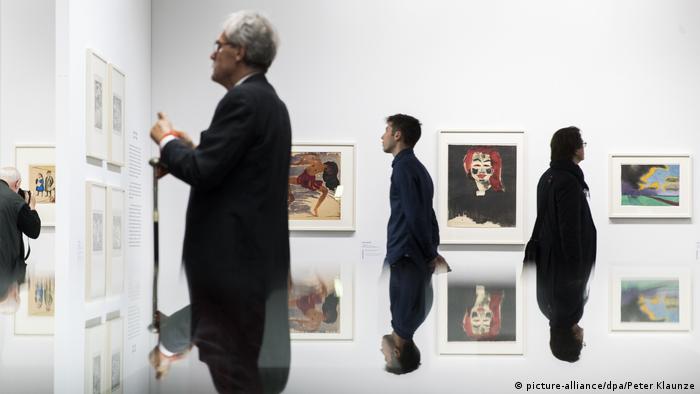 Opening of the Gurlitt exhibition in Bern

Cornelius Gurlitt, who died in 2014, bequeathed his father's complete collection to the Bern Art Museum. An art merchant for Adolf Hitler,Hildebrand Gurlitt had traded objects forcibly taken from individuals, including the painting "Zwei Reiter vom Strand" (Two Riders on the Beach) by Max Liebermann. Evading an examination by the postwar "Art Looting Investigation Unit," the elder Gurlitt died in 1956, and his son guarded the approximately 1,500 works of art.

"After accepting the inheritance, a difficult time began for all participants," said Marcel Brülhart, vice president of the Bern Art Museum Foundation. Provenance research proved far more difficult than anticipated, he said, and the cost of legal actions has been exorbitant.

The affair has also reignited discussion over whether the Washington Principles on Nazi-Confiscated Art are being properly executed in Switzerland. The principles published in 1998 outline precets that should govern the restitution of Nazi-looted art to its original owners,

Historian Georg Kreis says that, "Provenance research is now being taken more seriously" in Switzerland, although the subject had been on the agenda before the Gurlitt find in 2012. "Otherwise people wouldn't have overreacted at the discovery and immediately declared the entire collection to be looted art," adds Kreis. According to current knowledge however, only six of the works from Gurlitt's estate had apparently been looted, while many others are still being investigated. 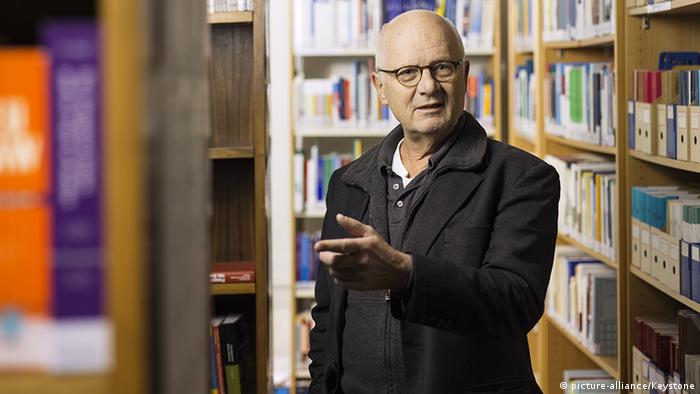 Read more: How Germany has dealt with Nazi-looted art after spectacular Gurlitt case

The controversy swirling around the Gurlitt inheritance has widened the discussion beyond legal considerations. "The issue of the Holocaust must be recognised in its full catastrophic consequences,” says Georg Kreis. "It's not just about money. It's about recognizing that material losses occurred in connection with a enormous historical monstrosity."

Read more: Hitler's art dealer: Why a Jewish avant-gardist worked for the Nazis

The pieces shown in Bern focus on "degenerate art," with most of their origins clarified. The more sensitive side of the Gurlitt collection is in Bonn, exploring "Nazi-Stolen Art and the Consequences" and focusing on artworks taken from Jewish collectors. Many of the 250 works are suspected to have been stolen, and in some instances the sources have not been sufficiently clarified — including works by Breughel, Beckmann and Dix. Added to each exhibit is a list of previous owners, insofar as research has been able to determine.

Embedded in a historical context, the exhibition chronologically follows the life of Hildebrand Gurlitt and demonstrates how the art merchant worked and personally profited in the Nazi system. The exhibit also traces political and social developments during the Third Reich and the explores the fates of individual Jewish artists and art collectors.

With 1,039 objects from the Gurlitt depot under study, reports are expected to be released in 2018. Project Director Andrea Baresel-Brand estimates that in roughly two-thirds of the cases, it will not be possible to clarify the provenance. But Rein Wolfs, head of Bonn's Bundeskunsthalle, summed it up, saying, "Every stolen work of art is one too many. Every restitution to its rightful owners is a huge success."

The research into the Gurlitt find is in fact work in progress. Reflecting the status quo in September 2018, another "Gurlitt: Status Report" is scheduled for showing in the Martin Gropius Building in Berlin.

The exhibition "Gurlitt Inventory. Denerate Art" opened in November 2017, with the Bern Art Museum revealing, for the first time, works discovered in the Gurlitt private collection in Munich. Here are a few. (02.11.2017)