A sixth Nazi-looted artwork that ended up in the "Gurlitt" trove in Munich has been identified. The clue was a tiny repaired hole spotted in the canvas of the French painter Thomas Couture. 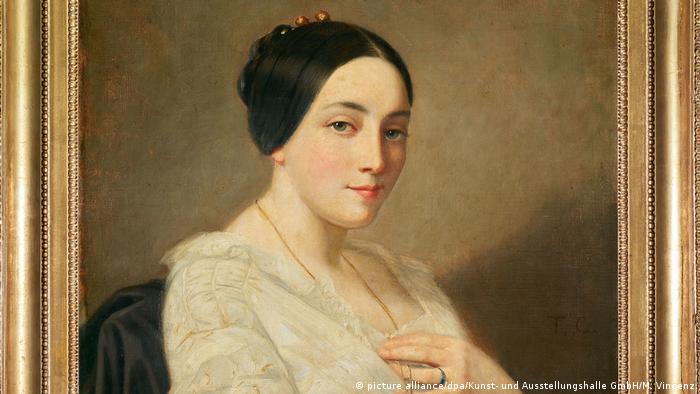 The German Lost Art Foundation said Wednesday it had identified a sixth artwork among 1,280 items confiscated in 2012 from a Munich apartment and once collected by the late Nazi-era dealer Hildebrand Gurlitt.

The Berlin-based foundation's leading researcher Andrea Baresel-Brand said a postwar note worded "hole in the middle of the breast – repair visible" prompted further checks that proved the origin of Couture's "Portrait of a Seated Young Woman." 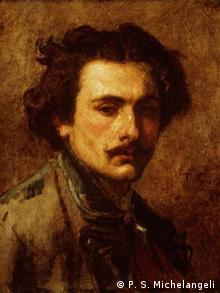 Couture in a self-portrait held by a New Orleans museum

Portrait and historical artist Thomas Couture lived between 1815 and 1879 and caused an exhibition sensation in 1847 in Paris with his work "The Romans of the Decadence."

Germany's states minister for culture and media, Monika Grütters, said she hoped the work could soon be given back to descendants of Georges Mandel.

The French Jewish politician, who was briefly French interior minister in 1940 and went on to oppose the Vichy government's collaboration with Nazi occupiers, was murdered in 1944 by a collaborationist militia after being held in Buchenwald and Oranienburg concentration camps in Germany.

After the war, his lifelong partner and French actress, Beatrice Bretty, reported the Mandel collection loss, leading to the note about the repaired hole.

Gurlitt's son, Cornelius, who was in possession of the trove when it was confiscated by German authorities in 2012, had named the Bern Museum of Fine Arts in Switzerland as the artwork's inheritor before he died aged 81 in 2014. 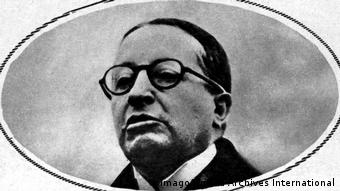 Gurlitt's decision to leave his trove to the Bern museum culminated in a lengthy legal battle, which ended last December when a Munich court rejected a cousin's challenge to his will.

The German Lost Art Foundation contends that it is making progress on digitalizing and identifying the provenance of the works found.

But advocates for descendants of owners, many of whom were killed in death camps, have complained that Germany has been slow in ensuring returns of the stolen Nazi era art works.

Starting in the 1930s, the Nazis seized altogether about 20,000 works of art created by some 1,400 artists, including masters such as Wassily Kandinsky, Emil Nolde and Ernst Ludwig Kirchner, from more than 100 museums and private collections.

Some were destroyed. Others were sold and later turned up in various locations around the globe.

Could Germany's election pose changes for the cultural sphere? 27.09.2021