Although part Jewish, Hildebrand Gurlitt loved the Modern art the Nazis banned. Nevertheless, he found himself as Hitler's art dealer, responsible for selling masterpieces the Nazis had stolen from Jews. 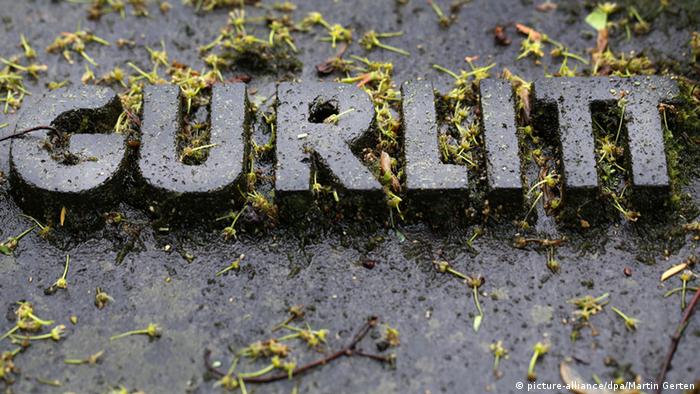 The Nazis confiscated the art they condemned, or bought it at rock-bottom prices. In 1938, they recognized the financial potential of these masterpieces and, instead of simply exhibiting them in the name of propaganda, they decided to sell them abroad and fill their pockets with the revenues.

How Gurlitt decided to work for Hitler

Skilled art dealers were sought for the Nazis' newly founded business. Hildebrand Gurlitt applied for a job in what was advertised as Department IX of the Ministry for Public Enlightenment and Propaganda. He became one of four art dealers to work for the Nazi regime.

By 1944, Gurlitt had closed thousands of art deals for the Nazis and collected numerous artworks for the museum Hitler himself was planning to found in the small city of Linz on the Rhine River. Hildebrand Gurlitt (center) is pictured in 1952

Prior to working for the Nazis, Hildebrand Gurlitt headed the König Albert Museum in Zwickau, where he planned to build up a collection of modern art. But his avant-garde taste didn't please everyone and pressure from the conservative community led to his dismissal. His subsequent position as head of the Kunstverein in Hamburg was also short-lived.

Hoffmann told DW in an interview that it was important for her to portray the beginning of Gurlitt's development and to find out "how he got sucked in by Naziism, how he was corrupted and how he got involved in these complicated mechanisms."

Gurlitt covered up his Jewish background

One of Gurlitt's motivations was his Jewish background. His grandmother was Jewish, which qualified him as a quarter Jewish - enough to draw the scorn of the Nazis. But by working for the regime, he found "he was able to protect himself and still continue working with the artworks he had always favored," explained Hoffmann.

As they released their final report, the task force in charge of the Nazi-era Gurlitt art stash claimed they needed more time. Jewish groups have already decried the snail's pace of the investigation. (14.01.2016)

In the 400-page biography, Hoffmann recounts how Gurlitt worked to achieve the highest possible profit for the Nazis in his art deals. From among the confiscated works, he "picked out masterpieces because he knew that these artists had international market value and that he could distinguish himself right away by making a big profit," according to Hoffmann.

A portion of the works that had been unethically acquired by the Nazis landed in Gurlitt's personal collection. "A number of them were certainly acquired for personal reasons, but most of them are the leftovers that he was not able to sell to German museums," said the author.

After the war, in 1948, Gurlitt began working as director of the so-called Kunstvereins für die Rheinlande und Westfalen, an art collection in western Germany. Hoffmann called his work there the "Wiedergutmachung" - or compensation of the Classical Modern.

Hoffmann mainly conducted her research in museum archives. "Even today, nearly all of the museum archives in Germany, but also in Switzerland, France and England, contain Hildebrand Gurlitt's correspondence because he maintained such intensive contact with all the museums at the time," Hoffmann told DW. Germany's national archives also served as a source.

The main inspiration for the book, however, came when Hoffmann's colleague Andreas Hünecke acquired correspondence and documents from 1943-1944 via an online platform. "That's when I started to think about publishing something on Hildebrand Gurlitt," recalled the author.

She would spend the next few years of her life with the Gurlitt family - not only with Hildebrand, but also with his son Cornelius. In 2012, over 1,000 artworks were found in his apartment, including masterpieces by Marc Chagall, Max Liebermann, Henri Matisse and Pablo Picasso. Suspected as Nazi-looted art, many of the pieces were confiscated by the police. 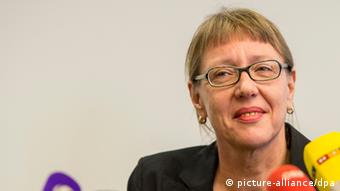 Meike Hoffmann was a member of the Gurlitt provenance taskforce

It wasn't until fall 2013 that the Gurlitt case was made public. In response, the German government put together a so-called taskforce to research the provenance of the Gurlitt collection and determine how many of the artworks had been looted or misappropriated by the Nazis and whether they should be returned to their lawful heirs.

Meike Hoffmann was also a member of the taskforce, which was dissolved after two years. The result: Of 499 works with uncertain provenance, only four were determined with complete certainty to be looted art. Two additional pieces are strongly suspected of having been looted by the Nazis.