The director of the Jewish Museum Berlin, Peter Schäfer, has resigned following criticism from the Central Council of Jews. At issue were a museum exhibition and a tweet seen to be critical of Israel's occupation policy. 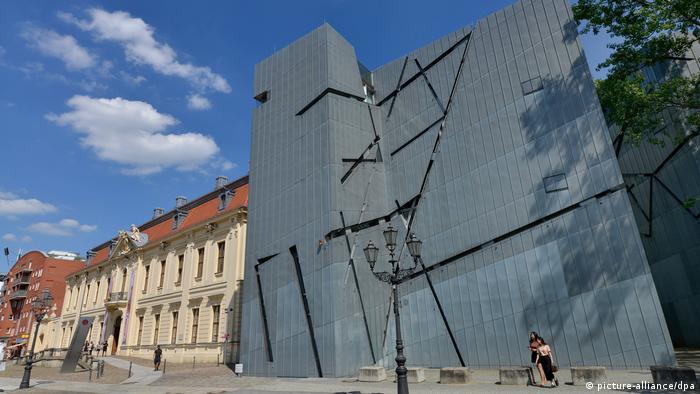 Berlin's Jewish Museum said its director, Peter Schäfer, had resigned Friday to "prevent further damage" to the city's drawcard that attracts 700,000 visitors annually and describes itself as a "place for reflection" on Jewish history and culture, migration and diversity in Germany.

The museum was criticized for the exhibition "Welcome to Jerusalem," which focused on daily life, religion and politics in the city. Some said the exhibit was biased in favor of the Palestinian point of view.

The museum was also denounced this week when its Twitter account linked to a news article about Israeli academics who condemned a German parliament resolution that called the pro-Palestinian Boycott, Divestment and Sanctions (BDS) movement "anti-Semitic."

German lawmakers said BDS uses anti-Semitic methods to promote its political goals — a claim firmly rejected by the movement, which calls for a boycott of Israel over its policies towards Palestinians and an end to the occupation of the West Bank, Golan Heights and East Jerusalem.

Schäfer, a well-known Jewish studies scholar and the museum's director since 2014, told Berlin daily Tagesspiegel on Tuesday that he regretted the tweet, adding that the museum had never had the task of taking sides in current political debates. In a second tweet,  the museum said it did not intend to take a position against the parliamentary resolution but to point out the input from the academics. 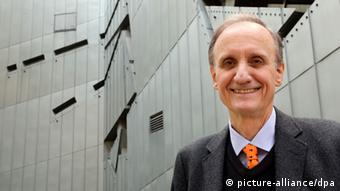 Schäfer defended the museum's "Welcome to Jerusalem" exhibition, say it took neither an anti-Israeli nor pro-Palestinian line.

Last December, Israeli Prime Minister Benjamin Netanyahu wrote to German Chancellor Angela Merkel demanding the closure of the exhibition. At the time, the daily Frankfurter Allgemeine Zeitung quoted Schäfer as describing Jerusalem as a "place of longing for Jews, Christians and Muslims."

Netanyahu's assertion that the exhibition, which ran until April, amounted to a one-sided "Palestinian-Muslim view" was rejected as political interference by Schäfer and Monika Grütters, the German government's commissioner for culture and the media.

On Friday, Schäfer again defended the special exhibition, saying it had not produced anti-Israeli nor pro-Palestinian propaganda.

Grütters, who chairs the board of the museum's foundation, on Friday said she respected Schäfer's decision to step down.

"All those responsible must help ensure that the Jewish Museum Berlin can again concentrate on its important work in terms of content," said Grütters.

Central Council of Jews in Germany chairman Josef Schuster, who earlier this week said the museum seemed "totally out of control" and questioned whether it could still call itself "Jewish," said Schäfer's resignation as director of the museum was "an important step in averting further damage to the institution."

Schuster told Saturday's edition of Berlin's Tageszeitung newspaper that Judaism should in the future have "more influence" and that he would welcome a Jewish director for the federally funded museum.

In April, the museum's board extended Schäfer's contract for a further year, with Schäfer saying he was working on the opening in May 2020 of a new permanent exhibition and a museum branch for children.

In its statement Friday, the museum said its manager Martin Michaelis would head the facility until a successor was found.

The Jewish Museum in Berlin opened in 2001 as a combination of old and new structures designed by architect Daniel Libeskind.

It was funded with €15 million annually from Grütter's budget, the foundation stated at the time.

Since its opening in 2001, its initial exhibition of nearly two millennia of German-Jewish history has drawn 1.4 million visitors.