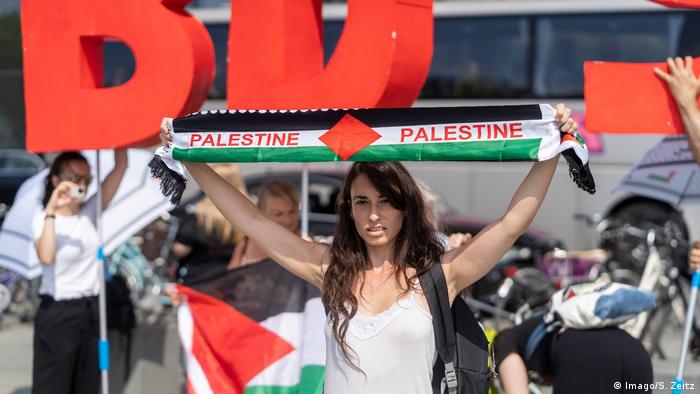 A cross-party alliance in the German parliament on Friday passed a resolution condemning the Boycott, Divestment, Sanctions (BDS) campaign, and cutting off funding to any organizations that "actively support" the BDS movement.

BDS seeks to financially pressure Israel into ending the occupation of the Palestinian territories and allowing full equality for its Arab-Palestinian citizens. Its third key demand, to grant the right of Palestinian refugees from 1948 to return to Israel, is controversial, since some argue that it threatens the state's right to exist. The movement, founded in 2005, is supported by over 170 pro-Palestinian organizations.

"The pattern of argument and methods of the BDS movement are anti-Semitic," the Bundestag resolution stated, before adding that BDS' calls to boycott Israeli artists and the "Don't Buy" stickers applied to Israeli goods "recall the most terrible phase of German history." The resolution also pledged not to financially support organizations that question Israel's right to exist, projects that call for the boycott of Israel, or organizations that actively support BDS.

The resolution was brought by all the centrist parties in the German Bundestag, including Angela Merkel's Christian Democratic Union (CDU) and its Bavarian sister party the Christian Social Union, the Social Democrats (SPD), the Free Democratic Party (FDP) and the Greens.

Speaking in Friday's debate on the issue, CDU Bundestag member Axel Müller reminded the chamber that upholding Israel's right to exist remained a basic principle of the German state. He also claimed that the BDS campaign's social media accounts showed that it was occasionally influenced by the "propaganda of the [Nazi] dictatorship."

"We hopefully remember the many hate-filled images from the Third Reich, where one could see signs with the writing, 'Germans don't buy from Jews': a first step on the way to genocide," he added. 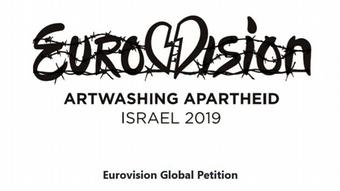 The BDS group responded later on Friday, saying that the "German parliament's equation of the nonviolent BDS movement for Palestinian rights with anti-Semitism is based on outright lies."

"It's not only anti-Palestinian McCarthyism, it is a betrayal of international law, German democracy and the fight against real anti-Jewish racism," the BDS said.

BDS' German branch also published a statement in anticipation of Friday's resolution. Signed by dozens of Jewish and Israeli academics, who identified both as supporters and opponents of BDS, the statement warned the German political parties, especially those representing the "democratic center," against supporting a resolution that "equated BDS with anti-Semitism."

The statement also said cutting off German funding for NGOs that support BDS represented a threat to freedom of speech.

During Friday's debate, the Green party's Omid Nouripour was among several Bundestag members to bring up the significance of this week's Eurovision Song Contest in Tel Aviv, and the BDS call to boycott the event.

Nouripour particularly condemned a logo for the ESC that had been rejigged by the BDS campaign to include barbed wire and an SS symbol. "That is simply intolerable," he said. "That is the kind of comparison of Israeli policy with the crimes under the Nazis against Jews, Roma, homosexuals and many others that has nothing to do with criticism of the Israeli government."

Jürgen Braun of the far-right AfD made an intervention typically provocative for his party, saying that the AfD was the only party in the Bundestag, Germany's lower house of parliament, that could claim to be "a friend of Israel," a claim that drew scoffing laughter from other lawmakers. Braun was also rebuked by the Bundestag's Vice President Claudia Roth, moderating the debate, for describing the other political parties as the Altparteien ("old parties"), a phrase sometimes associated with Nazi rhetoric.

In May 2018, the German government appointed diplomat Felix Klein as its commissioner for anti-Semitism, and he has made clear his view of BDS.

"BDS must be classified as anti-Semitic in both its aims and its methods, as Israeli citizens are collectively held hostage by the boycott," he told DW at the time. "And its methods have clearly borrowed from deplorable Nazi rhetoric: 'Don't buy from Jews.'"

Klein welcomed Friday's Bundestag resolution. "We must oppose every form of anti-Semitism, even if it seems to be harmless," he told the German dpa news agency. "The implementation of the aims of the BDS movement would call Israel's right to exist into question."

That was echoed by the German government during Friday's regular press conference. "We have already made clear several times, both for the government, but also for the European Union, that we are against every form of boycott against Israel," Foreign Ministry spokesman Rainer Breul said.

Though Breul later went on to take a more nuanced line: "At the same time, it is clear that a whole variety of organizations are collected under the label 'BDS,' and that there are certainly differences in one form or another, how their engagement looks. One must assess in individual cases whether they should be considered anti-Semitic or not."

The Israeli Foreign Ministry also welcomed the Bundestag's resolution on Friday, saying in a statement that, "the German parliament has recognized the anti-Semitic nature of BDS and its unlawful boycott activities."

Human Rights Watch has accused Israel of using a 2017 anti-boycott law to silence criticism of the occupation of Palestinian territories. A Jerusalem court ruled the watchdog official supported boycotts against Israel. (17.04.2019)