An Israeli court ordered two New Zealanders to pay a fine of over €10,000 for having spurred Lorde to cancel a Tel Aviv concert. The duo said they would fundraise instead of paying — and they've already raised thousands. 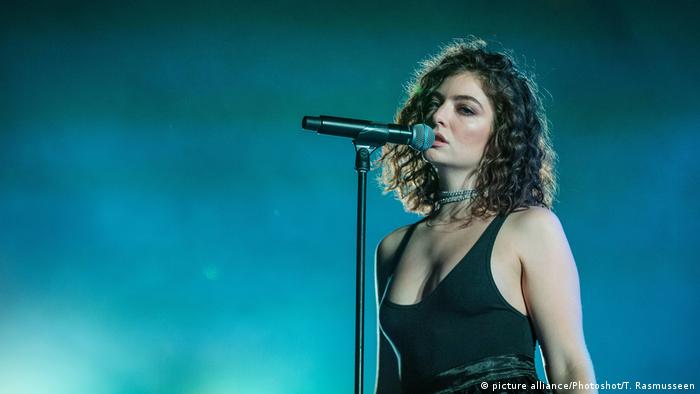 The lawsuit is considered the first ruling based on a controversial 2011 Israeli anti-boycott law that allows civil action against individuals or organizations who call for a boycott of the state of Israel.

The activists, however, rejected the order to pay. "Our advice from New Zealand legal experts has been clear: Israel has no right to police the political opinions of people across the world," New Zealanders Justine Sachs and Nadia Abu-Shanab said in a statement Friday.

Sachs and Abu-Shanab said they believed the legal action was "a stunt of which the sole intention is to intimidate Israel's critics." They said that they would not pay the fine and would instead fundraise for a Gaza mental health organization. As of Monday morning, the two had raised over $25,000 through their online donation website. Their goal was to raise the fine amount of $12,000.

"Playing in Tel Aviv will be seen as giving support to the policies of the Israeli government, even if you make no comment on the political situation," the activists wrote.

The singer responded to their letter on Twitter, saying the concerns had been "Noted!"

Days later, the 21-year-old Grammy winning pop star canceled the performance  which was due to conclude her "Melodrama" world tour.

Three Israeli ticket holders, who had been refunded, filed the suit in January, claiming the cancellation had caused emotional distress. Their lawyer, Nitsana Darshan-Leitner, told the Jerusalem Post that the court's decision "makes it clear that anyone who calls for a boycott against the state of Israel could find themselves liable for damages and need to pay compensation to those hurt by the boycott call, if they're in Israel or outside it."

Darshan-Leitner also said that reciprocal treaties would allow the court to pursue the damages awarded to her clients. "Now after the verdict, we will go after their bank accounts until it is fully realized," she said in a statement.

The most well-known movement calling for a boycott of the state of Israel is Boycott, Divestment and Sanctions (BDS). It aims to end Israel's withdrawal of the occupied territories and also incites artists to culturally boycott Israel.

Germany has also been affected by the BDS movement. Artists supporting the boycott, such as British rapper Kate Tempest and Scotland-based Young Fathers  have canceled their performances in Germany following controversies surrounding their political beliefs.

US student detained in Israel over Palestinian support

The 22-year-old student, who is of Palestinian decent, was due to start a graduate degree in Israel. In 2017, Israel made a law banning entry to foreigners who support boycotting Israel. (11.10.2018)

A global campaign to boycott goods and services from Israel is hitting the arts scene. Six artists due to appear at Berlin's Pop-Kultur festival this week have canceled. (14.08.2018)