A global campaign to boycott goods and services from Israel is hitting the arts scene. Six artists due to appear at Berlin's Pop-Kultur festival this week have canceled. 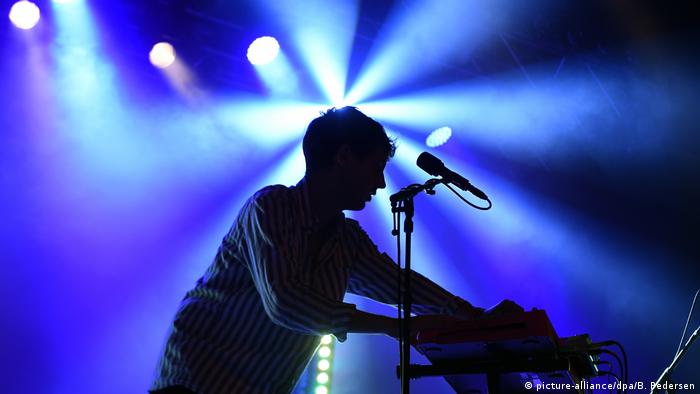 One has to scroll down the website of Berlin's Pop-Kultur festival to see the "offending" item, the emblem of the Israeli Embassy — one of six state sponsors of the three-day event, which opens Wednesday.

After the embassy awarded three Israeli artists 1,200 € ($1,370) towards their travel and accommodation costs, the BDS movement — a global campaign to boycott Israeli products and services — demanded a boycott of the popular music and arts festival.

This is not the first time that the festival has announced canceled performances. Several artists pulled out of last year's festival as well. BDS — which stands for Boycott, Disinvestment and Sanctions — hailed their withdrawl a great success.

BDS supporters claim that they are inspired by the anti-apartheid struggle in South Africa. Launched in 2005 by several Palestinian organizations, the movement calls for Israeli goods to be boycotted, economic investments withdrawn and artists' performances cancelled.

Stefanie Carp, director of the Ruhrtriennale, an annual arts festival in western Germany, recently came under fire after inviting Young Fathers to perform. The Scottish band have aligned themselves with the BDS campaign.

After the group first agreed, only to later pull out, Carp opted to instead host a panel discussion featuring two BDS supporters. The lack of opposing voices on the panel led North Rhine-Westphalian governor Armin Laschet to stay away from the festival altogether.

Germany's anti-Semitism commissioner Felix Klein has accused the BDS movement of being "anti-Semitic in its methods and goals." In a guest article for the German daily Die Welt, he said that the movement uses "unbearable” methods from the Nazi era that "must neither be condoned nor tolerated.”

Pop-Kultur, which hopes to attract around 10,000 music fans from August 15 to 18, has dismissed the BDS activists' claims that Israel's investment in culture is glossing over the actions of the Jewish-majority state in its ongoing conflict with the Palestinians.

"This type of cooperation is common practice at festivals, exhibitions and events of all genres in international cultural exchange," the festival said in a statement.

Pop-Kultur added that France's Le Bureau Export has also offered travel grants to artists from the country, as have the British Council and its Austrian and Norwegian counterparts.

Organizers insisted they won't be intimidated by the boycott, seeing "the festival's role in overcoming boundaries and creating room for dialogue."

BDS: 6 questions and answers about the movement boycotting Israel

After a Roger Waters concert was boycotted by a German broadcaster due to his support for the BDS movement, debate has raged about Israel boycotts by celebrity musicians. Sarah Hofmann reports from Tel Aviv. (01.12.2017)

Young New Zealand star Lorde has canceled a concert in Tel Aviv amid calls to boycott Israel for its treatment of Palestinians. The singer said she made the call after "an overwhelming number of messages & letters." (25.12.2017)