One thing has not changed: The architecture of the museum designed by Daniel Libeskind has a significant impact on the new core exhibition of the Jewish Museum Berlin. The building, which opened in 2001, is characterized by its angular structures and metal walls, with notches and gaps symbolizing the abysses and catastrophes in Jewish culture over the millennia.

The long, semi-dark corridors of the basement of the Libeskind building still serve as the entrance to the new permanent exhibition, which will be inaugurated with the reopening of the museum on Sunday, August 23, after its coronavirus-related closure. At the intersections of these corridors are empty spaces, or "voids," as Libeskind calls them. Rooms without exhibits emerge from the building's zig-zag architecture, serving as a space for thoughts and memories. A steep staircase then leads to the asymmetrical halls, where the story of the Jews from the Middle Ages to the present day is told. 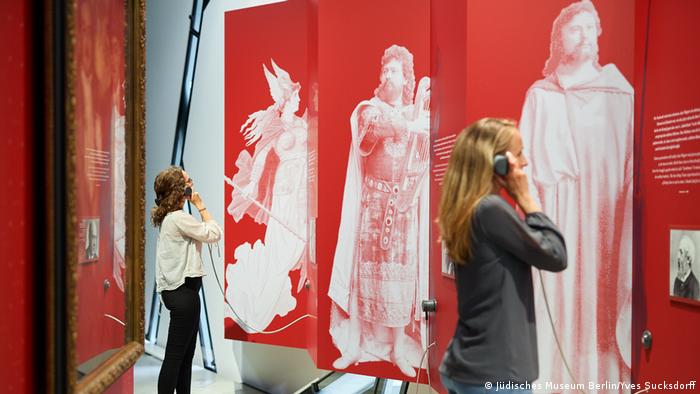 View of the epoch room When Jews Became Germans

A team of 20 people redesigned the exhibition over the past two and a half years. "The history of the Jews has not changed, but our perspective on it has," says Hetty Berg, who took on her position as the new director of the Jewish Museum in the middle of the coronavirus closure. "Society is changing, and with it the Jewish Museum Berlin's audience, and the exhibition takes this into consideration. It shows the diversity of Judaism and encourages visitors to look at Jewish culture in the past and present from different perspectives."

By 2017, 11 million visitors had seen the previous version of the core exhibition inaugurated in 2001. "We set different priorities than we did 20 years ago," says Cilly Kugelmann, the chief curator of the current exhibition.

Unlike the previous one, the new show does not tell the 1,700-year history in a strict chronological order. The tour alternates between historical epochs and insights into topics of Jewish life: What is the function of the Torah? What is kosher, and what is the idea behind this concept? What does the Shabbat mean? What was the impact of book printing? 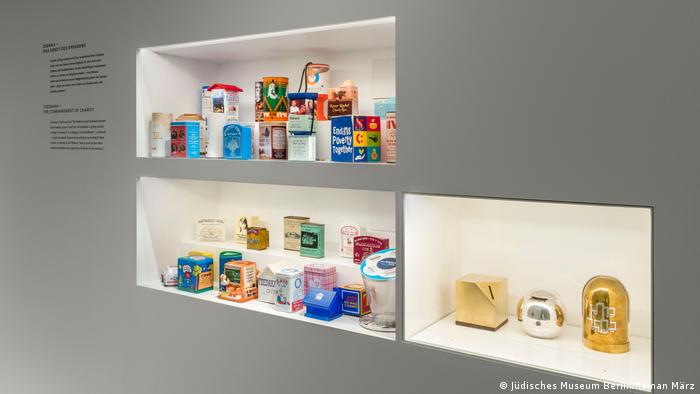 The themed rooms explore Jewish culture and traditions through multi-sensorial exhibits, colors and sound installations, as well as works of art such as Anselm Kiefer's Breaking of the Vessels (Shevirat ha-Kelim), an interpretation of the creation myths of the Kabbalah. Most of the objects presented come from the museum's own collection, including valuable paintings such as Max Liebermann's Biergarten near Wannsee.

The topic of anti-Semitism, which runs through many epochs, is dealt with in a separate, cinema-like room in which short films aim to stimulate debate by presenting four contemporary anti-Semitic case studies that historians and sociologists classify from different perspectives.

"We experience a lot of anti-Semitism, in words and in deeds," explained Hetty Berg, which makes the museum's task of telling Jewish life from a Jewish perspective all the more relevant.

The largest Jewish museum in Europe

"This museum explores the 1,700 years of German-Jewish history, including the diversity of Jewish life in Germany," said Minister of State for Culture and Media Monika Grütters at a press presentation ahead of the opening. She added that it provides insight into Jewish culture's wealth and the multitude of perspectives, all while documenting the distressing anti-Semitic marginalization and violence which is ongoing today.

The museum "will presumably attract even more attention than other Jewish museums, not only as the largest Jewish museum in Europe, but also and above all because it is located in Berlin, the city where the Nazis initiated and planned the systematic genocide of European Jews, the barbaric killing machinery through which 6 million Jews were murdered," said Grütters. 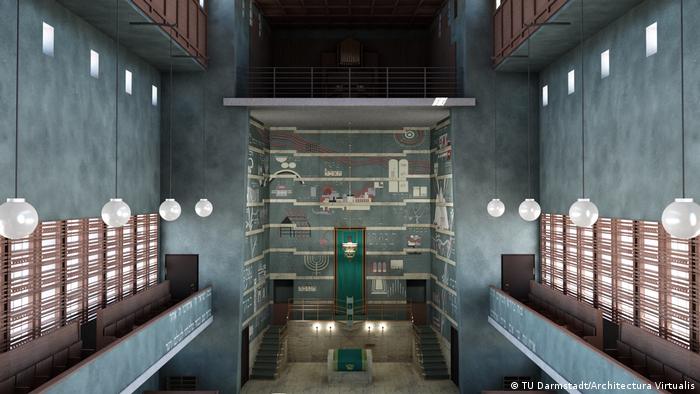 A digital reconstruction of the synagogue in Plauen, which was destroyed in 1938 by the Nazis

Focus on relations between Jews and non-Jews

The relationship between Jews and their non-Jewish environment is at the center of the show and is covered in five historical chapters: from the beginnings of Jewish life in Ashkenaz, the medieval rabbinical name for Germany, to the emancipation movements in the 19th century, and from the rise of National Socialism to today's diverse developments.

There is also space given to the post-WWII period, with one series of portraits offering a light-hearted break to the previous horrors of history, featuring caricatures of Jewish actors, singers and scientists, from Albert Einstein and Claude Lévy-Strauss to Hannah Arendt and Lilly Palmer.

The exhibition ends with a video installation, a polyphonic final chorus in which Jews speak on 21 monitors about their being Jewish in Germany.

And then the show closes with a quote by philosopher Ernst Bloch: "…without expropriation and alienation, in real democracy, there arises in the world something which shines into the childhood of all and in which no one has yet been: a homeland."

From the Jewish Museum Berlin to the Kurdistan Museum planned for Iraq, star architect Daniel Libeskind is renowned for designing buildings that brilliantly confront history.