The Dutch curator and cultural manager will head the Jewish Museum as of April 2020. Berg's predecessor, Peter Schäfer, had resigned following controversy surrounding a tweet. 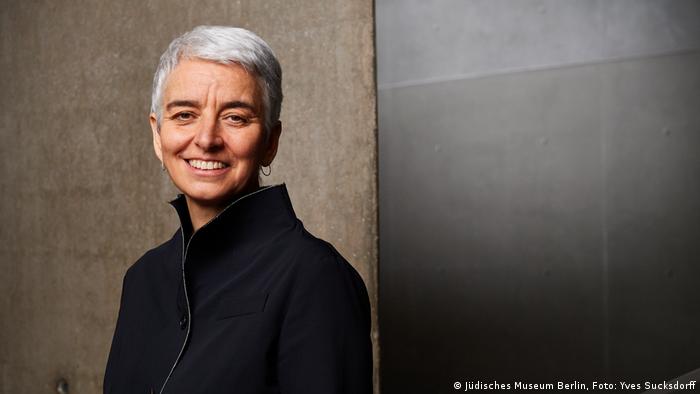 Dutch curator and cultural manager Hetty Berg will take over the management of Berlin's Jewish Museum on April 1, 2020, the board of the Jewish Museum Berlin Foundation announced through a press release on Tuesday. She will be replacing Peter Schäfer, who resigned amid controversy in June 2019.

Berg has been the museum manager and chief curator of the Jewish Cultural Quarter in Amsterdam, which includes the Jewish Museum of History, the Children's Museum, the Portuguese Synagogue, the National Holocaust Museum and the Hollandsche Schouwburg Memorial.

"With Hetty Berg, we have gained an internationally experienced museum expert who has dedicated many years to conveying Jewish history, culture and religion," said Germany's Commissioner for Culture and the Media Monika Grütters, adding, "As chief curator of the Jewish Cultural Quarter in Amsterdam, she has successfully demonstrated her leadership in complex organizations."

Born in 1961 in The Hague, Berg studied drama in Amsterdam and management in Utrecht. She became in 1989 a curator and cultural historian at the Jewish Historical Museum in Amsterdam.

The press release of her appointment also mentions that she lives together with French photographer Frederic Brenner, known for his documentation of Jewish communities around the world. Brenner is also the initiator of the exhibition "This Place," currently on show at the Jewish Museum Berlin until January 5, 2020.

Contacted for an interview, Berg said she would be revealing more about her plans for the museum in the spring of 2020. "I am very pleased about my appointment as director of the Jewish Museum Berlin and the highly interesting and challenging duties it involves. I am looking forward to working with the equally qualified and motivated team," she wrote in a statement, in which she also thanked the board of trustees of the Jewish Museum Berlin Foundation "for the great trust they are placing in me with the appointment."

The Jewish Museum Berlin, designed by star architect Daniel Libeskind, attracts 700,000 visitors every year and has an annual budget of €15 million ($16.5 million) from Germany's Ministry for Culture and the Media.

Berg is taking on a challenging position as the new head of the landmark cultural institution.

The museum's exhibition "Welcome to Jerusalem," which presented daily life, religion and politics in the divided Holy City, was criticized by some for its alleged pro-Palestinian bias. Most notably, Israeli Prime Minister Benjamin Netanyahu wrote to German Chancellor Angela Merkel demanding the closure of the exhibition. Grütters and Schäfer had, however, rejected Netanyahu's assertion that the exhibition featured a one-sided "Palestinian-Muslim view."

Then in June, the museum came under fire after a tweet from its account posted a link to a news article about Israeli academics who condemned a German parliament resolution calling the pro-Palestinian Boycott, Divestment and Sanctions (BDS) movement "anti-Semitic."

The president of the Central Council of Jews, Josef Schuster, had stated that the museum seemed to be "totally out of control" and even questioned whether it could still call itself "Jewish."

The museum had posted in a second tweet that it did not intend to take a position against the parliamentary resolution, but rather aimed to point out the input from the academics. Schäfer had also publicly apologized for the tweet — but that didn't appear to be enough.

Three days later, Schäfer announced his resignation, a move that was then welcomed by the Central Council of Jews as "an important step in averting further damage to the institution."

The president of the Central Council of Jews now said in a statement that they had found in Hetty Berg a highly qualified museum manager and curator for the leadership of the Jewish Museum Berlin, and that they were confident she would pursue the museum's tradition of offering sophisticated exhibitions all while "summoning empathy for the Jewish community in Germany and Israel."