The German constitution: Putting people first | Germany| News and in-depth reporting from Berlin and beyond | DW | 22.05.2019

The radical humanism of the German Basic Law is still startling today, 70 years after it was adopted. Its approach was a response to the bitter experiences of National Socialism. 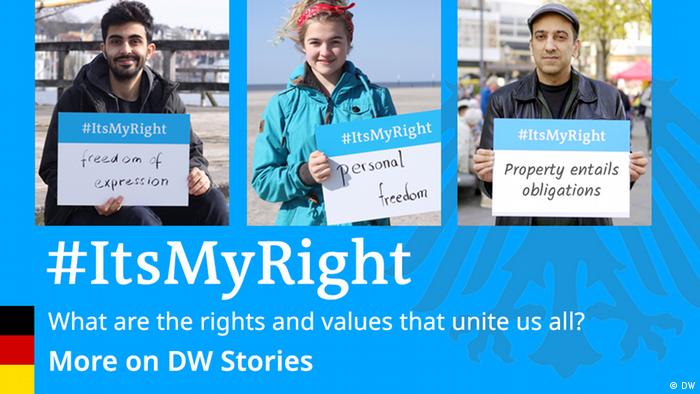 "Human dignity is inviolable." This clear, concise sentence comes right at the start of the document, dispensing with complex passages about the structure of state. Under National Socialism, human dignity counted for nothing. Millions of people were humiliated, hunted down and murdered.

The Weimar Constitution, which preceded the current Basic Law, was modern for the times. It too included fundamental rights — and it introduced women's suffrage to Germany. However, it did not prevent the Nazi dictatorship. The legal scholar Professor Ulrich Battis says that "[the] Weimar [Republic] didn't fall because of its constitution, but because there were too few democrats." However, he says the Weimar Constitution did have serious weaknesses that had to be avoided at all costs in the writing of the Basic Law.

The federal president is weak — because of Weimar

One problem, for example, was the very strong position of the president of the Reich. He was able to dissolve the Reichstag at will, and could even circumvent parliament to govern by emergency decree. This ultimately enabled Adolf Hitler to seize power, and this is why the role of the federal German president today is mostly just a representative one. Instead, the Basic Law increased the power of the Bundestag, and of the federal chancellor, who is elected by the parliament.

The authors of the Basic Law distrusted direct democracy. This was also because of Germany's historical experience. The president of the Reich was directly elected. In politically and economically uncertain times, that was potentially dangerous, especially given the degree of power attached to the office. The Basic Law therefore opts for a federal president, elected by politicians.

This lack of trust may seem exaggerated today. However, Battis still thinks it would be wrong for the federal president to be directly elected, because it would then be easy for the president to use that prerogative against the parliament and position himself against the people's elected representatives. Battis believes the Brexit referendum in Britain was "not exactly a good advertisement for direct democracy."

'For an interim period' 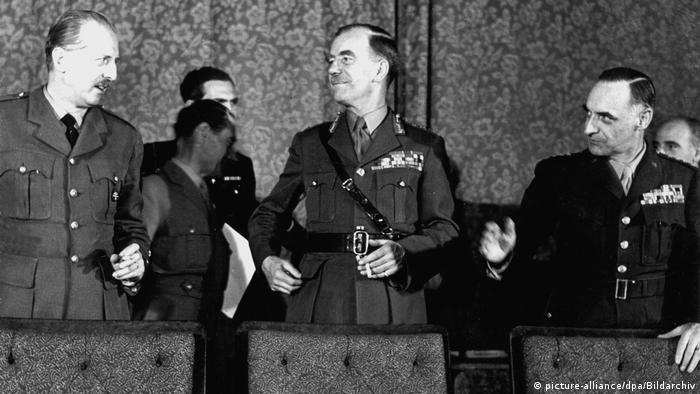 But it wasn't just the fall of the Weimar Republic and the experiences of National Socialism that shaped the Basic Law — it was also the special circumstances of the time when it was written. The division of Germany was formalized in 1949. The Basic Law only applied to the new Federal Republic of (West) Germany; its goal, however, was still that of unification. The law was only supposed to apply "for an interim period," until all Germans were able to collaborate and write a constitution.

The goal was achieved when Germany was unified in 1990. However, instead of drawing up a whole new constitution, political leaders decided that there should be an "accession of the German Democratic Republic to the jurisdiction of the Basic Law." In this way, the existing Basic Law and the expression of it were retained, but the provisional aspect was relinquished.

Today, people almost always speak of the "fathers and mothers" of the Basic Law. However, early on, the four "mothers" were scarcely mentioned alongside the 61 men involved. Yet it was thanks to the women, especially to the lawyer Elisabeth Selbert, that the passage "men and women shall have equal rights" was included in the Basic Law.

However, there was still a huge gap between aspiration and reality. Until 1977, women were not allowed to pursue gainful employment against their husbands' wishes; and it's only since 1997 that marital rape has been a criminal offense in Germany. In 1994, an addition was made to the Basic Law: "The state shall promote the actual implementation of equal rights for women and men and take steps to eliminate disadvantages that now exist."

Some things apply 'in perpetuity' 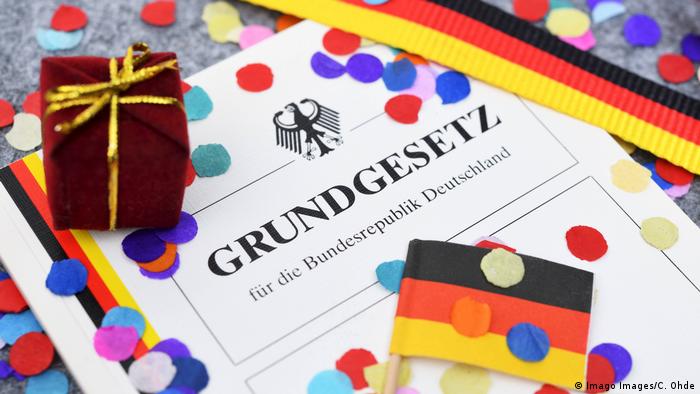 This example also shows how the Basic Law has continued to develop. To date, it has been amended more than 60 times. Another example is the article on asylum. The initial, unambiguous statement was that "politically persecuted persons have the right to asylum." When the number of asylum applications rose sharply in the early 1990s, the Bundestag voted by the required two-thirds majority to restrict the right to asylum by changing the Basic Law. Since then, such persons can no longer invoke the Basic Law if, for example, they came to Germany via another EU country.

However, there is a core of the Basic Law that is protected against change and limitation by a "perpetuity clause." This includes democracy ("All state authority is derived from the people") and the rule of law ("The legislature shall be bound by the constitutional order, the executive and the judiciary by law and justice"), as well as Article 1 on human dignity. The federal structure of Germany is also taboo.

The Basic Law has proven to be the longest-lasting German constitution to date. Many of its articles have become more detailed, and more wordy, over time, but it's the simple sentences that continue to appeal to many, like the one about the inviolability of human dignity. Along with the Federal Constitutional Court the Basic Law enjoys a high level of trust among Germans. It stands for what is probably the most important lesson of Germany's past: Citizens should not be subordinate to the state — it's the state that is there for the people.