The EU′s plan to restrain migrants in North Africa worries rights groups | Europe | News and current affairs from around the continent | DW | 26.03.2015

A new concept by the EU seeks to enlist the help of North African states to stem the flow of migrants. Refugee groups are worried about what might happen if these people are detained before they reach Europe. 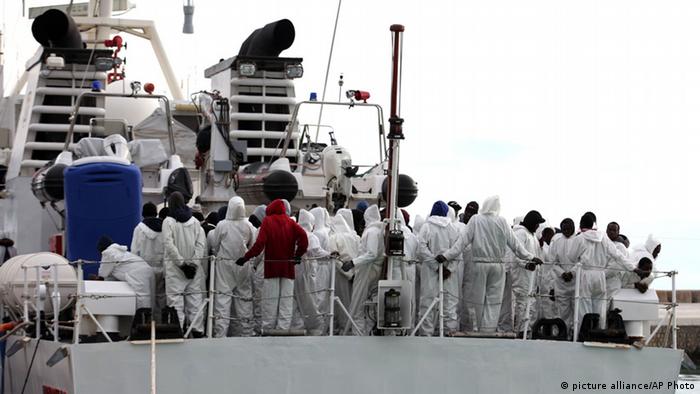 EU member states are reportedly planning to stop refugees in North Africa from crossing the Mediterranean into the EU by creating detention centers and beefing up coast guard capabilities of countries like Tunisia and Egypt. The concept, introduced by Italy, has been agreed upon by Germany, Spain and France.

Italy's proposed deal justifies its agreement with countries in North Africa, saying that paying these states to improve their coastal security will help save the lives of thousands of refugees who cross the Mediterranean every year.

Of the nearly 170,000 migrants who crossed the Mediterranean to Italy last year, over 3,200 lost their lives trying to reach Europe in flimsy boats. The International Organization of Migration (IOM), which released the data, said that each of these migrants often paid anywhere between 4,000 and 6,000 dollars to make the trip.

Most of these were people fleeing the war in Syria, while others were escaping conflict in Mali, Nigeria, Palestine or Eritrea. According to figures provided by IOM, the Italian Navy's Mare Nostrum operation and the Italian coastguard together managed to save over 120,000 lives last year.

"It fills us with concern that EU states want to pay countries like Tunisia and Egypt to monitor borders. The EU is saying it is not responsible any more for rescuing lives of people who cross the Mediterranean, who are seeking safety with us," says Katharina Stamm, refugee expert with Diakonie Deutschland, who managed to get a copy of Italy's concept, the so-called "non-paper."

The proposed idea, Stamm says, is to provide Tunisia and Egypt financial aid so it can build its coastguard and make detention centers for refugees planning to cross over into Europe. "These detention centers are really worrying," Stamm tells DW, "because these people desperately need a safe place to live." According to the refugee rights expert, Europe needs to understand that these states are not stable enough to handle migrants coming from other conflict zones. 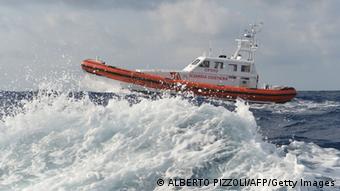 Michael Flynn of the Global Detention Center has similar worries when it comes to Italy's concept of deterring refugees in detention centers in North Africa.

"There have been numerous cases of straightforward abuse and of detentions. There have been cases of people not having been given any proper legal guarantees. They can't challenge their detention and they can't make any efforts to take their case to a court of any kind. They can't appeal to higher authorities because everything has been done in a very ad hoc way," Flynn says.

Diakonie Deutschland's refugee expert Stamm also finds it absurd that "Europe has the highest standards in human rights" and it chooses to block people who desperately seek a better way of life. For Stamm, a visa-free entry for refugees could be a good way for Europe to solve their problems.

But European leaders worried about a link between terrorism and migration may simply refuse to consider this option. Although some people are warming up to the idea of hosting refugees, there are still widespread concerns about the financial and social effects of taking in a huge number of migrants.

"The way we think about it seems like it is a crisis undermining the security of these countries. But what matters is that people who left their countries can probably contribute substantially to the well-being of the countries they're moving to and this is something well-established in migration economics," Flynn of the Global Detention center says.

EU migrants can be refused benefits

As the European Union struggles with economic recovery, immigration has remained a thorny issue. In the latest ruling by the European Court of Justice, migrants may qualify for benefits only under special circumstances. (26.03.2015)