The number of asylum applicants to European nations rose by 44 percent last year, with the total reaching 626,000, according to EU statistics. Meanwhile, the EU is planning to intercept refugees in the Mediterranean. 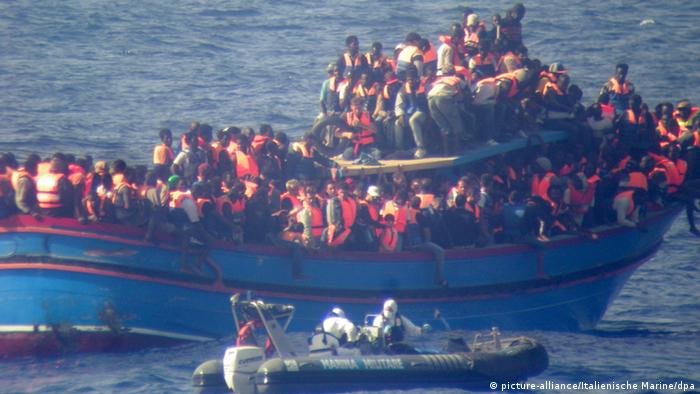 According to the European Union's statistics agency, Eurostat, 191,000 more people applied for asylum in European countries in 2014 than the previous year, with the number of Syrian asylum applicants rising to 122,800 from 50,000 in 2013.

It also said that many of these applicants sought asylum in Germany, with 32 percent of the total number, followed by Sweden with 13 percent, then Italy and France with 10 percent, and Hungary with 7 percent.

"It should be noted that these five member states registered different trends last year," Eurostat added.

Italy has been most concerned with scores of migrants coming to its borders by boats across the Mediterranean, mainly from Libya.

With summer around the corner, a record number of refugees are expected to arrive in Europe by sea, especially traveling from Libya to Italy. The EU's largest border mission, Triton, conducted exercises off the eastern coast of Sicily earlier this week to repel the wave of refugees coming towards Europe.

Meanwhile, Egypt and Tunisia have offered help to the EU in trapping refugees on the Mediterranean Sea. According to Der Spiegel magazine, the two countries have struck an agreement with Germany and other major EU countries in this regard.

"Third countries can intervene more quickly and effectively due to their geographical proximity" to rescue refugees and prevent humanitarian tragedies, the magazine quoted a source as saying.

According to the reports, the Egyptian and Tunisian naval forces would bring migrants to "their own ports" on the North African coast instead of sending them back to their home countries.

Greens MEP Ska Keller told Der Spiegel that the EU states did not want to accept their responsibility in the refugee crisis, and that Egypt and Tunisia were not safe for the refugees.

A number of human rights organizations, including the United Nations, have criticized the EU countries for not taking in enough refugees.