In 2014, a record 626,000 people applied for asylum to the European Union with the largest bloc fleeing the Syrian conflict. Almost a third of applications were lodged in Germany. 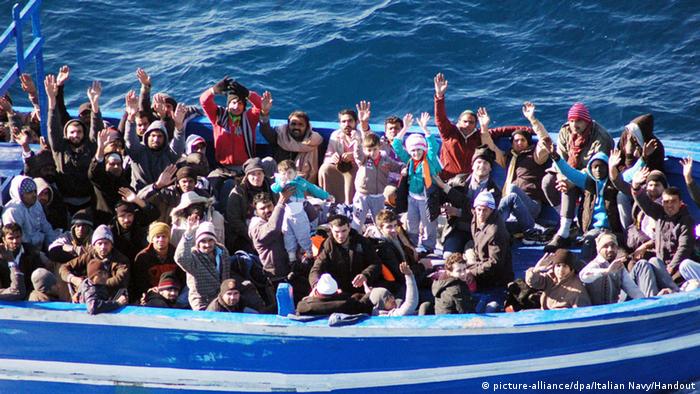 According to Eurostat figures for 2014, which were released on Friday, asylum applications from Syrian nationals rose to nearly 123,000, compared with 70,000 the previous year. A fifth of all applications came from Syrians.

The second largest country was Afghanistan, followed by Kosovo.

At an EU summit in Brussels, leaders spoke of deploying a security mission in war-torn Libya, where rival governments have been vying for control since the NATO-backed ouster of Moammar Gadhafi in 2011.

The deteriorating situation there could have a knock-on effect as extremists use the North African nation as a launching pad to arrive in Europe, Belgium's premier said.

"Europe must remain alert because it could be hurt by any deterioration in Libya, whether it be migration, extremism, terrorism or all kinds of trafficking," Belgian Prime Minister Charles Michel said at the second day of the summit.

But EU leaders are reluctant to intervene until a national government is formed. Those chances appear remote, with warring factions using aircraft to strafe each other's militias in intense fighting despite attempts by the United Nations to mediate.

"In the last days, we have seen more fighting, more air strikes ... not only in Libya but also in the region," UN Special Envoy Bernardino Leon said Friday during a visit to Morocco.

Inside the 28-member EU bloc, Germany received the most applications, though Sweden had the highest rate per capita, with 8.4 applications per 1,000 people. Italy, which has received many migrants crossing the Mediterranean Sea, saw its asylum applications rise by 143 percent, to a total of 64,600.

EU rules say asylum seekers must apply in the first country of arrival.

A new chance for refugees in Germany

A new law should make it easier for foreigners living without a residence permit to stay in Germany – if they can provide for themselves. But, it would also be easier for authorities to deport foreign criminals. (03.12.2014)

UNICEF Germany has released a report criticizing the conditions faced by refugee children within the country. Medical care, education, and housing provision are singled out as being exceptionally inadequate. (09.09.2014)

Around 2,000 "unaccompanied under-age refugees" came to Germany last year. They need help to overcome bureaucratic hurdles - and for many the suffering is a long way from over. (23.08.2013)