The plight of young refugees in Germany | Germany | News and in-depth reporting from Berlin and beyond | DW | 23.08.2013

Around 2,000 "unaccompanied under-age refugees" came to Germany last year. They need help to overcome bureaucratic hurdles - and for many the suffering is a long way from over. 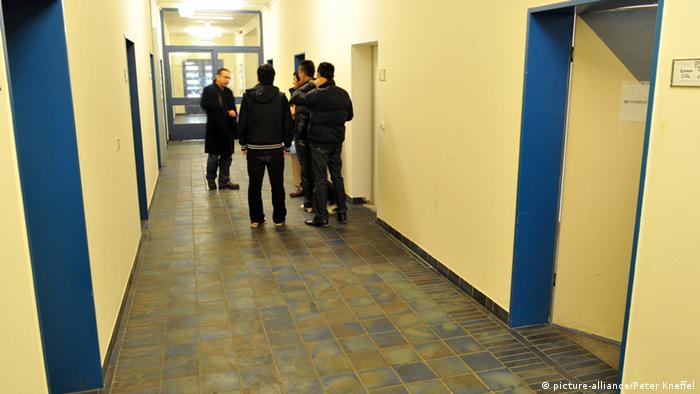 Around 2,000 "unaccompanied under-age refugees" came to Germany last year. They need help to overcome bureaucratic hurdles - and for many the suffering is a long way from over.

They come from Afghanistan, Pakistan, Syria, and Somalia - children and young people, fleeing their home countries, taken in while trying to enter Germany illegally. Their status: "unaccompanied under-age refugees." Germany's Federal Office for Migration and Refugees registered some 2,096 of them in the past year, and the tendency is rising. Some lost their parents in a war, others were sent away in the hope that they would find success abroad, and could one day support their parents and siblings financially.

But first they have to deal with difficult new circumstances: lost in a foreign culture, not knowing the language, often still grieving for loved ones. Youth welfare offices and charities are there to help them, and if a court rules that they are indeed under-age, they have an automatic right to benefits: children and young people are entitled to sleep in double rooms, receive regular meals, and get help finding a school, have access to social workers, and things to do in their free time.

It all depends on age

For that reason, determining the exact age of the refugee can be vital. If they are considered too old, they lose all privileges and simply treated as adult asylum seekers. But in many cases the date of birth cannot be established because there are no birth certificates. In such cases, their age is simply estimated or determined by a medical test - often an x-ray of the jaw or wrist-bone.

This is a highly controversial process, says Zübeyde Duyar, a lawyer working for the Bielefeld-based refugees' aid group AK Asyl. "Even the doctors' federation wants to stop its members from carrying out the procedure, because it serves neither the prevention or the treatment of any illness," he said. "On top of that, it involves exposure to x-rays, which can be dangerous." 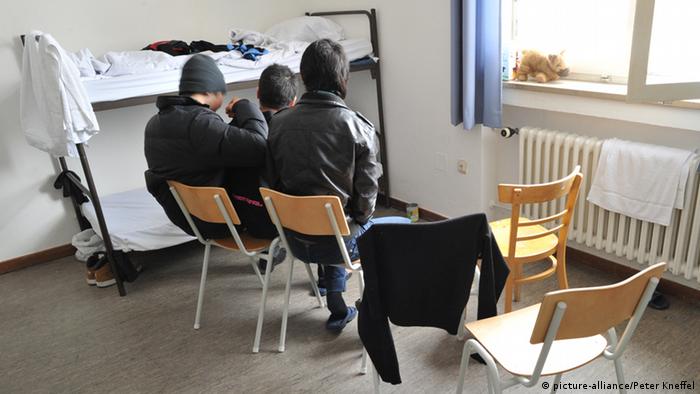 Many of the unaccompanied under-age refugees are already traumatized

Duyar also points out that the procedure is far from accurate - the results can vary by between three and six years. And because the authorities have an interest in making sure that as few refugees as possible get access to the more expensive youth benefits, the result in many cases is already clear, she says: "A 17-year-old hardly has any chance of being recognized as under-age."

In her experience in Bielefeld, the responsible courts tend to recognize these dubious age estimates. If someone has been declared of age by the authorities, they stay that way - it is very difficult to prove otherwise. In those cases, the chances of getting official help are virtually zero.

AK Asyl has been offering special counselling for unaccompanied under-age refugees since June 1. Their workers then accompany the children and young people through the so-called clearing process, where it is decided whether they are entitled to the state aid for young people. In those cases, it is particularly important to establish personal contact with those who have been seriously traumatized by their experiences at home or during their journey, says Duyar. She tells of Afghan children forced to join the Taliban and trained to carry out suicide attacks before making their escape.

The stories are told in long one-on-one interviews, where the children are given time to rest, prepared for the court process, and offered help in organizing their arguments. AK Asyl, along with other charities, provide a lawyer for every refugee to help them negotiate the bureaucratic jungle.

While the youth entitlements require a lot of personnel, they are guaranteed throughout Germany. Only in Bavaria is there a much stricter system in place. Here, unaccompanied under-age refugees are put into one of four categories. On the discretion of those in charge, some 16-18-year-olds are put into "Level 3" and lose their entitlement to the youth aid, while some of their peers are given access to the better treatment. 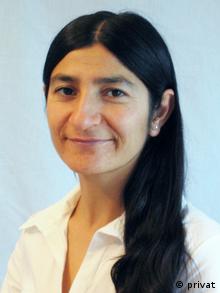 Duyar says the system is stacked against young people

Ilona Christl, of the charity AWO, works as the only carer for more than 20 "Level 3" refugees in Nuremberg - but only part-time. From Thursday evening to Monday morning, she says, the 16-18-year-olds are left to their own devices. The consequences can be traumatic. "These are young men who have no experience with alcohol, or equal rights for women," she said. "If they haven't already been traumatized by their escape, they always experience a culture shock here." And it is not easy.

On top of all this, there are the massive bureaucratic hurdles to overcome, says Andreas Meissner of the Evin charity in Berlin. His facilities are there to help children and young people who have come to Germany unaccompanied. Many of them are, he says, highly-motivated. "They say, 'I want to make something of my life, maybe go back one day, but only with a good education and some prospects.' "

So it only angers him more that the authorities often demoralize young people: their ambiguous status, the long court processes, and above all the constant suspicion that they are only in the country to take advantage of the social benefits - all these things erode their confidence. "Many of them learn the language very quickly, integrate themselves into society well, could easily get training or go to university," he says. "But they are constantly hindered by the bureaucratic hurdles. It's frustrating."

Meissner says the best argument for offering better treatment are the success stories of those former under-age refugees who came to Germany alone and without money, but still successfully completed school, or university, or job training. "Almost all of them say that they would never have done it without the support of their social workers, lawyers, teachers, volunteers, or sports clubs."

Germany has pledged to take in 5,000 refugees from Syria. But they still haven’t arrived. Human rights organizations complain that the EU's refugee policy is marked by a lack of solidarity. (17.08.2013)

German musician Heinz Ratz felt asylum seekers in Germany weren't being treated fairly. So he found some of the best musicians among them and went on tour to raise awareness. Now the ensemble is part of a documentary. (16.08.2013)